The following is an exclusive excerpt from Find You First, Linwood Barclay. Tech millionaire Miles Cookson has just been diagnosed with a terminal illness. With the little time he has remaining, he decides to try to find his descendants, all from when he became a sperm donor decades before. These young people don't know they are heirs to his vast fortune... but also possibly carriers of a terrible disease. And then, Miles realizes, something else is picking them off one by one.

As an adult, Miles had always lived alone. Not only had he never married, he’d never had a live-in girlfriend. Sure, plenty

of women had slept over through the years, but rarely more than two nights in a row. Miles didn’t encourage that kind of thing. Never give a woman the chance to get comfortable under this roof. He valued his privacy. He liked things just so. Living a solitary existence, at least on the home front, was not a problem.

But since the diagnosis, something in him had changed. Not physically, but emotionally.

Miles found himself having conversations, out loud, with him- self, if only to hear someone’s voice. Not when the housekeeper was there, of course. No sense having her think he was losing his marbles.

No, no, he wasn’t. Miles was sure of that. Whatever cognitive issues awaited him, they were not present yet. Maybe, he thought, it’d be better if they were. Perhaps he’d be less tormented than he was now.

“What are you going to do about them?” he said aloud, standing in the kitchen, making himself another vodka and soda water. “What should you do about them?”

He knocked back the drink. “It’s not my responsibility. It’s not my fault. There was no way I could have known. It’s fucking life, right? It’s all a throw of the dice.”

What was different tonight was that this conversation with him- self was escalating into an argument.

“What do you mean you don’t have any fucking responsibility? If you didn’t know, that’d be one thing, but you do know. You did the right thing where your brother is concerned, testing his DNA, but you don’t give a fuck about the rest?”

And then he threw his tumbler hard enough at the stainless-steel door of his Sub-Zero fridge to put a dent into it. The glass shattered across the floor.

Miles turned his back on the mess and headed for his bedroom, not bothering to turn off lights along the way, putting his hand on the hallway walls every few steps to maintain his balance. He stripped down to his boxers and collapsed onto the bed, atop the covers, rolling onto his back and staring, briefly, at the slowly rotating ceiling fan before he fell asleep.

There was a crowd.

Perhaps as many as twenty or thirty people. All standing around the bed, arms at their sides, staring down at him, rigid as statues. About a fifty-fifty split between men and women, and most of them appeared to be in their twenties. The faces were indistinct, as if Miles were viewing them through frosted glass.

“Who the fuck are you?” Miles asked.

“If you really do care, do something,” another woman said. “If you don’t, then stop thinking about us.”

Together, they raised their arms to the ceiling and waved them about frantically, as though they were those inflatable people one found out front of used car dealers. But then their waving arms morphed into flames, and their bodies began to burn.

A chorus of screams erupted from their blurred mouths. Miles woke up.

Miles was not the type of person to read much into nightmares. He did not make major life decisions based on the advice of ghostly figures from his subconscious. But those strange people in his dream had at least accomplished one thing. They’d given him a pounding headache. Of course, he could also be hungover.

He pulled back the covers, got out of bed, and padded on bare feet into the kitchen. He ran some water into a glass, rummaged about in one of the cabinets for the container of Tylenol, and when he turned back around, there they were.

Miles’s mother and father. Perched on stools on the other side of the kitchen island, watching him.

He could tell it was them, even though large chunks of flesh were hanging from their faces. What skin hadn’t peeled away was peppered with granules of windshield glass. Their clothes were drenched in blood. Miles’s father was holding an empty vodka bottle in his hand, holding it up to the light to see whether there might still be a drop or

Miles’s mother looked at him and smiled. “If we had known,” she said, “we’d have told you.”

Miles began to scream. And then he woke up, this time for real. 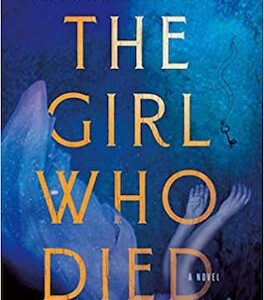 The Girl Who Died As she was approaching Skálar, fog rolled in without warning, blotting out the landscape and merging sea with sky. It felt...
© LitHub
Back to top