"All Good Things Must Come to and End... Even War" 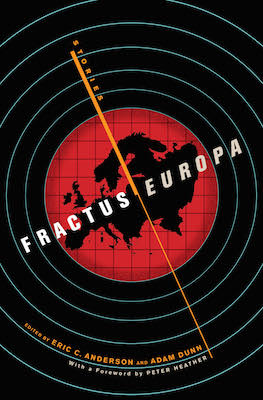 The following is an exclusive excerpt from the story short story, "All Good Things Must Come to and End... Even War" by Adam Dunn, which appears in the collection Fractus Europa, edited by Eric C. Anderson and Adam Dunn.

Ukraine had come a long way from the March 2014 Maidan square demonstrations in Kiev. Posthumously renamed the Revolution ofDignity, but whose? The damage was done, the dead were dead, and democracy appeared no less likely to go off the tracks.

Dignity indeed. What would all the demobilized young troops do now? Where would they find jobs? Schools were closed, shops shuttered, and there was little call for skilled sharpshooters. Yet, rent was to be paid, food placed upon the table, and clothes found suitable for placing employment applications.

Dignity lost at the personal and national level. Russia was no longer a benevolent giant, and the West offered a paltry panacea. Questions in cafes and the marketplace. Had America and NATO done enough to help? Ivan recalled President Petro Poroshenko appearing before the European Parliament—bearing a blood-stained Ukrainian flag riddled with bullet holes. Brandishing this symbol of sacrifice, he thanked the European bastards for sending blankets, rations and other supplies, only to then mockingly complain, “But you cannot fight a war with blankets. We need military hardware.”

Oh, the CIA sent their agents to offer moral support, intelligence and backroom kibitzing. This had been exposed by Russia, but it was to be expected. Spies always report on other spies. Washington monitored Moscow, and Moscow watched Washington. An endless game with little utility—other than generating headlines when one side or the other sought to win the moral high ground. Kiev was no place for spy-versus-spy. Located out of NATO—Moscow would never accept such an incursion into its backyard; the Ukraine could only go begging with hat in hand. A pauper among the prosperous—most of whom depended upon Russian natural gas to get through the winter. Good luck finding solace in the gilded hallways of Western Europe.

That said, no man or nation is an island. (Save, perhaps, North Korea.) Indirect methods were found; American money and NATO hardware began to flow in under various guises. And there was training. Soon the Ukrainian military was in a much better condition to face th  enemy, but would always remain an underdog. Diplomatic pressure on Russia was imperative, and was, surprisingly, forthcoming. A trade embargo imposed by the US and European Union kicked Putin in the balls. Russia’s economy now staggered like many of its drunken citizens.

But Crimea remained lost. An island of Russian expatriates re-joined with Moscow in an annexation no prettier than Hitler’s acquisition of Austria or the Sudetenland.

Ivan, after more than a few beers at a local bar, would often decry, “America is not going to go to war over Crimea! They will not risk trading Boston for Berdiansk.” A war cry that typically found him ousted for public drunkenness.

Tossed curbside, he would sulk off to a local internet café and generate online sulks with his fellow former conscripts. Once a soldier, always a soldier—at least in times of need and misery.

Left to his own devices, that is to say, locked out of the barracks and access to at least three steady mess-hall meals, Ivan had time to mope, contemplate, and contrive.

Contrive a means of paying his way. . . . Not only his, but that of his fellow conscripts. There was no “Blackwater” waiting to hire unemployed Ukrainian trigger pullers. Shit, there was no call for even lowly security guards. Employment opportunities in post-war Ukraine dried up faster than a whore’s twat forty-eight hours after payday.

That left Ivan to contemplate his plight and that of fellow soldiers, as he sat on the edge of a bunk bed in a small, one-room Kiev apartment provided to him as a reward for his participation in the war. He was supposedly a “veteran,” even a “war hero,” and people looked at him as such. Although he was tempted to milk this sympathy, the udder went dry before he was satiated . . . before he was eating a decent meal more than once a day.

Here he was, twenty-six and unemployed. No prospect of continuing his studies, and few chances of getting a job. The financial crisis ran deep.

And then there was a knock on his door. Nikolai, a neighbor whose parents in Donetsk had gone missing in the war. Nikolai was nothing if not a conniving bastard. Said crime was rising sharply in Kiev and other cities. Theft was rampant. Argued they were missing out on a unique opportunity.

What Nikolai really wanted was a gun, no questions asked. No sweat in America; a real pain in the ass when one lived in the Ukraine. Gun ownership was outlawed, and therefore most purchases only happened without documents.

Paperwork was a benchmark of socialism and even the post-Soviet world. Heads of government came and went, the fucking bureaucrats never died . . . and they wanted official papers. Gun ownership was a long way off for an honest Ukrainian. The pragmatic were in far better shape.

Purchase today, paperwork tomorrow . . . if ever. Seeing profit, a good meal and decent vodka in his immediate future, Ivan promised a gun to Nikolai . . . as soon as he returned to his army camp for the next training session. “Training.” An excuse to pilfer Western food aid, a few blankets and weapons. It was all about the weapons and ammunition. Senior NCOs turned a blind eye; officers simply stood by with open palms.

Guns dispersed at “pennies on the dollar,” to use an American phrase.

Medical school never promised to pay like this . . . a 3,000 percent return for thirty minutes of sweat. Ivan traded his soul and returned to Kiev with Nikolai’s toy. No remorse. He didn’t even bother to inspect it. Too many bad memories. Violence. Death. Absent social mores.

Welcome to the new Ukraine.

Nikolai said he wanted to pay, offering Ivan $300. Not yet the entrepreneur he was about to become, Ivan settled for $250. Gun in hand, Nikolai turned to him and demanded another, one for his cousin.

So began a life of theft and black-market deals.

Go to the camp for a drill, steal a couple of rifles, return home and sell. Ivan quickly lost his socialist education—capitalism paid well at $300 per weapon. Shells went for an equivalent of twenty-five cents apiece.

He actually came to find a friend in Nikolai.

From the story “All Good Things Must Come to and End… Even War” by Adam Dunn from the collection Fractus Europa, ed. Eric C. Anderson and Adam Dunn. Used with the permission of the publisher, Dunn Books. Copyright © 2020 by Adam Dunn.

Counting Down the Greatest Crime Films of All-Time: # 10 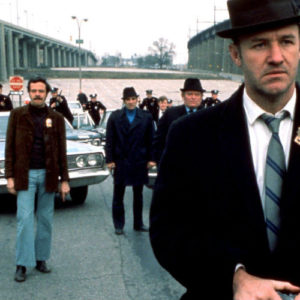