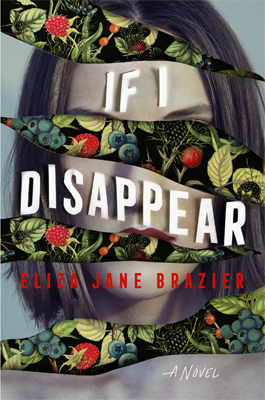 The following is an exclusive excerpt and cover reveal from If I Disappear, by Eliza Jane Brazier. Sera loves true crime podcasts--she loves them so much that she considers them a kind of training in investigation and research. And when the host of her favorite podcast goes missing, she feels that the time has come for her to begin an investigation of her own.

Every morning when I wake up to the cries of the baby next door, I turn you on. In the dark of a room that smells of the dog that lived here before, you tell the story of Asha Degree. Nine years old and she walked out of her home with a book bag, in the middle of the night, in middle of a rainstorm. They forget but you remember. You are the hero of the heroless stories. You will save people; will they save you?

I listen to your podcast until three, four in the morning. I can’t sleep. I miss work the next day. I lie in bed, and I turn you on again.

Together we travel through the depths of human depravity: the Manson murders, the Black Dahlia, Ted Bundy, all the murders of the Zodiac. We look because we have to. Because no one else will. You talked about the disappearance of Laci Peterson, and I thought, You understand. You understand what it is to be a woman in a world that wants you to disappear.

Your last episode goes out on March 27. It’s almost spring break, and you tell the story of the murder of April Atkins, in a house filled with mannequins. It’s dark and getting darker, but we know, we both know, that this story is important and has to be told. That this mystery is vital and has to be solved. The beaches are packed and the boardwalk is crowded and only we know. There are no updates over Easter, so I go back and binge every episode, every word you ever told me. You have taught me the importance of details, and I make a note of every one. You grew up on a ranch near Happy Camp, California (population: 1,006), a town that was once known as “Murderer’s Bar.” You said it was preordained. You were destined for this job. In your worst moments, you also said, I sometimes wonder if I’m destined to disappear.

You said this on March 27, your final episode, and then you disappeared. No podcasts, no posts. Your Instagram and Twitter went inactive, no tweets about your cat, no filtered pictures of your yellow house with unfiltered posts about what it means to be alone and alive when everybody else isn’t.

I’m destined to disappear, you said, and then you vanished. Your episodes stayed up, your pictures and your posts stayed up, but the updates stopped.

I still can’t sleep. I relisten to every episode until I memorize the stories, know every turn by heart. She crashed her car on a rural road. By the time the cops arrived, she was already gone.

I know, the first forty‑eight hours are crucial. And every hour you don’t update, I think, Something is wrong. I think, The case is going cold.

Episode 57: You can never guess who will murder you, can you? Not until it happens. But you might have some idea. You might be suspicious, even before the fact.

Episode 37: Your best friend should carry a list of names, a list of people to question, if something happens to you.

I leave the house to buy tea and realize it’s been days since I’ve talked to another human being. My hair is unbrushed. My clothes don’t match. I listen to your podcast on my phone all the way to the supermarket.

I slip around the people in the aisles like I’m not even there. I find the tea, hurry toward the front. I feel this sense of panic, of dread, like not looking cute is a crime, and I don’t want to get caught.

I hand the tea to the clerk. He says, “How are you?” and my first impulse is to tell him about you. I want to tell him you’re missing. I want to ask if he thinks you might be dead. But that is crazy, sounds crazy, looks crazy. But isn’t that what they want us to think? Isn’t that why cases go unsolved? Because no one realizes there is evil around us all the time.

I turn your podcast on as soon as I get back to the car. I shut the door, and your voice fills the space.

I grip the steering wheel as I drive.

“. . . She staggered out into the dark. An eyewitness passed her on the road. ‘I told the police when they asked me,’ the witness later said. ‘I don’t care to comment beyond that.’ If she had stopped to help her, this might have been a very different story.”

I pull into my space in the underground parking lot. The tea is gone. I put it on top of my car when I went to unlock the door; then I turned on your podcast and forgot it was there. It must have slipped off when I drove away. I could go back and look for it, but the tea mystery is not worth solving.

“What would you do?” you ask as I exit my car, take the stairs up to my apartment. “If you saw a woman alone on the road after dark?” I pass along the hallway, all the doors of the neighbors I don’t know. “Would you help her? Would you stop? Or would you just. Keep. Driving?”

I stand outside my door. I slip my hands into my pockets, where my keys should be.

My pockets are empty. I left my keys inside the apartment. I try to turn the knob, but I have set the door to lock automatically. You told me to, in case of break‑ins.

I catch my own reflection in the mirror down the hall and think it’s you.

The timer on the overhead light buzzes. The lights go out. In the dark, your voice expands, grips me like a chill.

Your voice cuts out. I am alone in the dark, and I know, deep in my bones, you want me to find you.

You have prepared me. You have taught me everything I need to know. You always knew you would disappear. And you knew I would find you. I know you better than anyone. I know to ask questions and—most important— I know not to give up. I will solve your mystery. I will save you. It was meant to be me.

San Quentin Prison is located eight hours south of the Siskiyou Forest. There is one bus route that travels through this wilderness, into the dead space between Eureka and Yreka. The locals call it the Murder Line. Recently released convicts, prison escapees and drifters hop on this line and vanish into the forest. One blue-skied summer day, four teenage girls in tank tops and cutoff jeans hopped on the eleven thirty bus from Happy Camp, headed north. One was never seen again.

The road to your parents’ ranch coils up from Eureka, a port city in Northern California. You warned me that the road was winding, but I didn’t expect the way it bends and twists, collapsing in and out like an accordion, offering one lonely vista. Spin. Offering another. The mountains above, crowded with trees. The snaking river. The falling rocks on the flexing road. My mind flexes with it, in and out, in and out. And then another bend in the road.

Trucks start to stack up behind me, and I search frantically for a place to pull over. A pale sliver of a turnout appears, on the edge of the cliff above the river. I glance at the line of cars behind me. I jerk the wheel, and my car drops off the road, juddering on the dirt. My hands are sticky with sweat. My heart pulses.

I stop the car, yank up the parking brake. I flinch as I envision the brake snapping, the inevitable slide to the river below. Even on flat ground, I picture the land giving way. And I race headlong into the river. I know about the Klamath River from Episode 15: a muddy brown color, Episode 43: so strong that when people drown, their bodies are swept all the way to the ocean. My body will wash up along the shore, hundreds of miles away from here.

I wait for my heart to stop racing, give up and check the parking brake again.

I stick one chalky, white Dramamine between my teeth. In Episode 13, you said you took two Dramamine a day just to get to and from high school. But still you got dizzy; you still felt sick. Eventually, you said, I realized it wasn’t worth leaving the ranch. 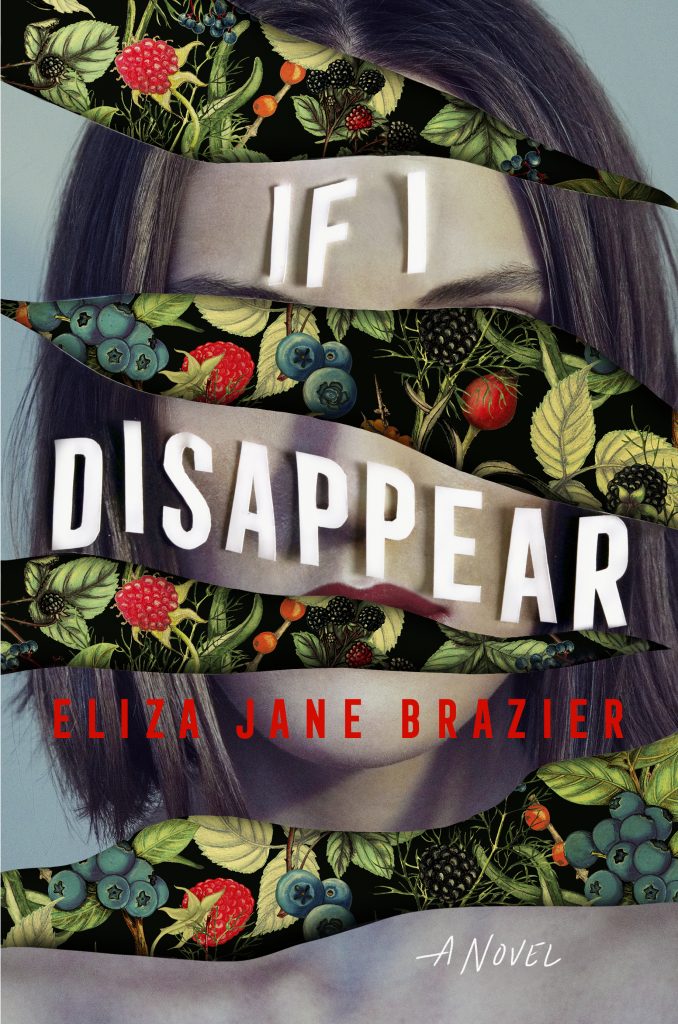 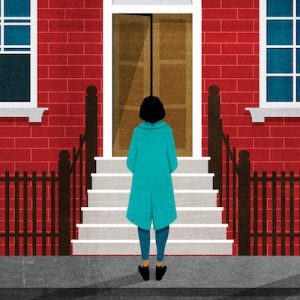 7 Novels that Show the Range and Depth of Gentrification Fiction Growing up in the 1970s in an urban industrial community in Southern Connecticut, I spent many of my Saturdays helping out at the clothing...
© LitHub
Back to top