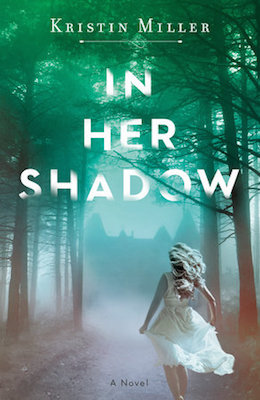 The following is an exclusive excerpt from In Her Shadow, by Kristin Miller. When Colleen, a secretary, becomes pregnant with her boss's baby, he brings her to his estate, Ravenwood, where she discovers a life of luxury she has never known. But while she's there, bones are found buried on the state, and Colleen becomes obsessed with the disappearance of her boss's former wife.

“Would you rather,” Michael says, drawing out the words, “kill or be killed?”

“Oh, give me a break,” Rachael grumbles, as she pushes back from the table and disappears into the kitchen. When she reappears seconds later, she’s carrying the platter of beignets. Dropping it in the middle of the table, she steals the one closest to her and takes a generous bite, even though she hasn’t finished her dinner. “OhGod, these are as good as I remember. Colleen, be a dear and thank Dean for me. He both sabotaged my diet and salvaged my night in one eight-hundred-calorie swoop. Anyway,” she says, dabbing powdered sugar from the corners of her mouth with a napkin, “why are you bringing up death at the dinner table?”

Travis shrugs. “Thought you’d be all for it, considering how obsessed you are with that body dragged out of the mud this morning. What would you rather, honey? Kill? Or be killed?”

Rachael makes a satisfied sound as she sucks sugar off her fingers. “I would have to be killed…I think.”

“You think?” Travis mimics, nastily. She ignores him.

Michael finishes his dinner with a sigh and pushes his plate aside. He’s been silent the whole time, except for those few times he’s laughed at Rachael’s drunken expense, and his silence hasn’t gone unnoticed. He hasn’t touched me through dinner either, now that I think of it. Not since the one time he put his hand on my knee. Is it the game that’s bothering him? Or something else?

“If I killed someone,” Rachael prattles, “I’d go to jail, and have to leave all of this behind. I might as well be dead. Besides, can you imagine me in an orange jumpsuit?” She gives a visible shudder and laughs, tipping her glass back to down the very last drop. “That’s not a way to live.”

“That’s if you get caught,” Travis counters, straight-faced. “What if you kill and get away with it?”

“If they don’t catch you right away, you wouldn’t be able to think about anything else until they did.”

“If they don’t catch you right away, you wouldn’t be able to think about anything else until they did. You’d drive yourself crazy, wondering when someone was going to beat down your door and haul you away.” She shakes her head, flinging her blond hair about her face. “I’d rather die than be a prisoner in my own hell.”

She hasn’t mentioned a single thing about committing the actual crime, or the guilt of taking another life, only the ramifications it’d have on hers. I’m not surprised, but a part of me hoped she’d have higher morals.

“What about you, Colleen,” Travis says, twisting in his seat to face me. “I’m dying to hear your thoughts on this. Kill or be killed?”

“Or more importantly,” Rachael presses, leaning over the table and lifting the dessert tray. “To beignet or not to beignet?”

I can’t bear to eat more of Dean’s food. No matter how delicious, I inevitably think of Joanna with every bite. If Dean made these beignets, Joanna must’ve approved the recipe. She must’ve chosen which nights she and Michael would indulge in the treat. And one or more of those nights, Rachael and Travis must’ve come to visit and fallen in love with the dessert as well.

“No, thank you.” Placing a guarded hand over my stomach, I shake my head. “Not this time, anyway. Desserts haven’t been sitting right with me lately.”

“Seems like nothing has,” Michael interjects under his breath.

I shoot him a sideways glance that goes unnoticed.

“I’m not letting you off the hook that easily, Colleen. You still haven’t answered.” Resting his elbows on the table, Travis temples his fingers together and stares me down. “What say you? Kill or be killed?”

My cheeks heat as the table goes quiet waiting for my answer. “I think it would probably depend on who was trying to kill me—I mean, if it was self-defense, well, I suppose it would—I don’t know, but I guess—”

“I’d kill,” Michael blurts, his voice dark as the night. “Without a thought.”

The table goes quiet as all eyes turn toward him.

“Well of course you would, Michael,” Rachael says with a smirk as she slides another beignet off the tray. “Travis may own guns, but you’re the one with a history of violence.”

This time, when she laughs, nearly falling out of her chair, no one laughs with her.

From Atticus Finch to Saul Goodman: The Evolution of Lawyers on Screen and Page 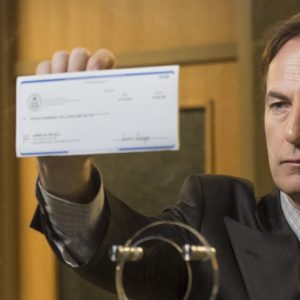 From Atticus Finch to Saul Goodman: The Evolution of Lawyers on Screen and Page “In our courts, all men are created equal. I'm no idealist to believe firmly in the integrity of our courts and of our jury...
© LitHub
Back to top