From Atticus Finch to Saul Goodman: The Evolution of Lawyers on Screen and Page

How did heroic lawyers turn into dirtbag defenders?

“In our courts, all men are created equal. I’m no idealist to believe firmly in the integrity of our courts and of our jury system.”
— Atticus Finch, in To Kill a Mockingbird

“I’m number one on your speed dial, right next to your weed dealer.”
Saul Goodman, a/k/a Slippin’ Jimmy McGill on Better Call Saul

Oh, where have you gone, Atticus Finch?

Where is our paragon of virtue, our defender of human rights, our patron saint of lawyers—and parents—everywhere? While Finch is unsullied on the pages of Harper Lee’s iconic 1960 novel (and in Gregory Peck’s performance in the film), he has been replaced in the modern courtroom by a new breed of mouthpiece.

Jimmy McGill, a/k/a Saul Goodman, the antihero of Better Call Saul, was a grifter and con artist before he earned his degree via correspondence courses from American Samoa Law School. Unwilling to leave his shady past behind, Jimmy hires skateboarders to set up phony accidents. He hustles residents of a retirement home with free food—Jello—in order to write their wills. Suspended from the practice of law for numerous ethical violations, he changes his name to Saul Goodman when he gets his parchment back. Why? The “homeboys,” he says, want “a member of the tribe” to represent them. Did I mention that his law office is in the storage room of a nail salon?

I’ve long had a theory that many young people in the 1960’s and 1970’s (including me) were influenced to go to law school by the notion of the saintly Atticus Finch. We pictured ourselves standing tall for justice, a la Gregory Peck in his white linen suit. We would be courageous under withering attack. We would “do good” and not worry about collecting our fees. After all, Finch’s clients sometimes paid him in chickens and beechnuts.

Then, we became real lawyers and were under pressure to bill our time at enormous rates to keep the engines of our law firms humming. We leased out our lives in 7.5 minute increments. Instead of representing the wrongfully accused and standing up to biased judges and juries, we wrote contracts for the sale of widgets or litigated divorces between equally abhorrent spouses. Or worse. In my case, this meant being assigned to defend the indefensible: asbestos manufacturers.

(For the record, I quit my partnership in a national law firm shortly after getting that “promotion.” Or, as I sometimes say, I stopped writing fiction in legal briefs to do the same in novels).

Of course, our popular culture didn’t turn from Atticus Finch to Saul Goodman overnight. In Sidney Lumet’s 1982 film The Verdict (adapted by David Mamet from Barry Reed’s novel), Paul Newman portrays a bedraggled lawyer reduced to scavenging for clients at funerals. Yet, it’s a story of redemption. The Newman character is the classic loner pitted against a corrupt judge and a shady defense lawyer, minions of an evil establishment.

Newman is offered a handsome settlement to drop his malpractice case on behalf of a comatose young woman. The money could turn his life around, but it would also keep secret the doctor’s malpractice.

“I came here to take your money,” he says when a check is offered. “I brought snapshots to show you so I could get your money. I can’t do it. I can’t take it. Because if I take the money, I’m lost. I’ll just be a rich ambulance chaser.”

Good for him! To achieve redemption, the tarnished lawyer cannot be paid off. Hey, Gary Cooper didn’t skip town before High Noon.

The 1980’s also brought us L.A. Law. The show’s television lawyers were well-dressed, well-paid, and highly libidinous. Each episode opened with a firm meeting in which the managing partner urged the lawyers to collect their outstanding fees. Talk about verisimilitude! I attended countless meetings just like those.

Lawyers and judges have rarely fared as poorly as in Tom Wolfe’s Bonfire of the Vanities (1987), which portrayed the Bronx County Courthouse as a place of “vast and bilious gloom.” Wolfe’s protagonist is a vain and naive bond trader who falls “into the maw of the criminal justice system.” The courthouse is a hellish place where smalltime lawyers hustle for clients, and fierce old Judge Kovitsky spits on defendants who sass him.

The courthouse atmosphere reminded me of a Miami criminal defense lawyer I used to encounter in the corridors of the sadly misnamed “Justice Building.” Unhappy that a client claimed he didn’t have the cash promised for his arraignment, the lawyer would jam a hand into his client’s pocket. “Let’s see how much you have there!” he’d cry out, fishing for cash.

If you’re looking for the majesty of the law, don’t go near Scott Turow’s fictional Kindle County. In Presumed Innocent (1987), the protagonist is a morally ambiguous prosecutor accused of killing his mistress. His defense lawyer uses “subterranean pressures” on a judge, instead of evidence, to win the case. Elegantly written and highly realistic, Presumed Innocent is my favorite legal thriller of all time and influenced my own writing. In both that book and its follow-up, The Burden of Proof (1990), the guilty party is not discovered, much less punished. No wonder my own fictional lawyer, Jake Lassiter, talks about the “so-called justice system.” Or, as Lenny Bruce put it, “In the halls of justice, the only justice is in the halls.”

John Grisham’s blockbuster 1991 novel, The Firm might take the prize for the most cynical of all legal thrillers. The plot involved a Memphis law firm was actually part of the Mafia. Most firms, if you don’t make partner, you’re cut loose. In this one, they might kill you. No, you won’t find Atticus Finch in the law library of Bendini, Lambert and Locke. Instead, meet young Mitch McDeere (deer in the headlights?), a Harvard Law grad who’s seduced by the pay and the perks…until chaos and murder ensue.

One salutary development of the 1990’s was the emergence of fictional female lawyers penned by real female lawyers. Similarly, in real life, law firms were becoming more hospitable to women and ethnic minorities.

Lisa Scottoline, a Philadelphia lawyer, brought her considerable expertise to Everywhere that Mary Went (1994), the first of a series featuring gutsy lawyer Mary DiNuzio. Mary is a young associate trying to make partner in what we used to call a deep-carpet firm. She’s being stalked, and a murder follows. The book was nominated for an Edgar award, and Scottoline’s next novel, “Final Appeal,” won the award.

All of which brings us back to Better Call Saul. We are drawn to him because he’s an underdog. He’s looked down on by his arrogant brother, a distinguished attorney in a major law firm. “Slippin’ Jimmy with a law degree,” the brother says, “is like a chimp with a machine gun.” And while we might deplore Jimmy/Saul’s tactics, there is something refreshing about his lawyering without the trappings of stuffy tradition. “Need a Will? Call McGill,” reads one ad. Then there’s his candor. “Don’t drink and drive,” he tells a client. “But if you do, call me.”

One final thought. If I get charged with murder, I might just call Saul. Because, if you recall, Atticus Finch lost that case. But Saul Goodman…oh, he’ll find a way to win. 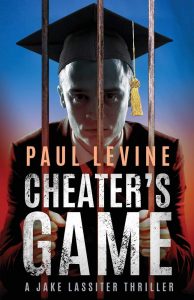 The author of 22 novels, Paul Levine won the John D. MacDonald Fiction Award and was nominated for the Edgar, Macavity, International Thriller, Shamus, and James Thurber prizes. To Speak for the Dead, a Jake Lassiter thriller, was his debut novel. He is also the author of the “Solomon vs. Lord” series. His latest novel is Cheater’s Game, in which Lassiter tackles the college admissions scandal.
https://www.paul-levine.com 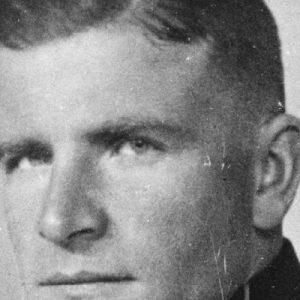