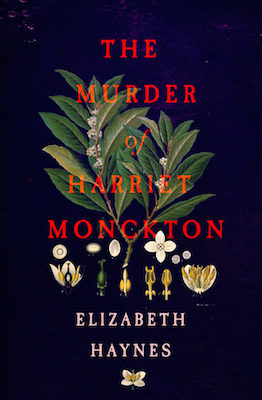 The following is an exclusive excerpt from The Murder of Harriet Monckton, by Elizabeth Haynes. In charming Kent in 1843, a twenty-three-year-old woman named Harriet Monckton is found dead behind the chapel she faithfully attended. The community is shocked. But she had ingested poison, and is revealed to have been pregnant. The verdict is murder. And it is not long before many of the town's residents are easily found to be suspects.

The weather remains warm and dry, but overcast. Fifty-nine girls in attendance. Four girls absent with scarlatina, not including the Jessops children, who remain at home. I fear there may be another outbreak, like the one we suffered in February. Selina Lucas fell in the yard and tore her dress, and was sent home to mend it. The Reverend Mr. Newell visited the girls’ room to hear them sing. They performed passably. In the afternoon I tested the older girls on their letters; further work is needed. At the end of school I heard some of the older children playing ‘murder’ in the yard. I went to speak to them but, by the time I got out, they had gone.

By now, Harriet should have gone on from London to Arundel. Someone would have written to them, of course; if not Mrs. Monckton or Mary Ann then Mr. Verrall would have seen to it. They would have to find another schoolteacher.

For a moment a thought crossed my mind: that I should write to the board at Arundel and offer them my services in Harriet’s place. I could not stay here. It wasn’t the school; I had taught in far worse establishments. But here, in Bromley—with memories everywhere, and with the rest of them, the hypocrites and the gossips, the women with their false manners and the men with their filthy minds—I should die here, die of misery and heartbreak, were I to stay.

That evening I ate a chop with some Beezley bread (‘beastly bread’, Harriet called it, with a laugh) that tasted of chalk and mould. At seven, when I was preparing for bed, there was a knock at the door.

‘It’s Clara,’ came the response when I asked who it was.

Clara was possibly the only visitor I could have tolerated that evening; the one remaining decent woman in the town. I opened the door to her and she came in, wide-eyed, carrying a bottle.‘Well, my dear,’ she said, taking off her bonnet. ‘What a dreadful, dreadful thing to happen. How are you?’

I was so tired, I could not manage to arrange my face appropriately, and she could see for herself how I was. She gathered me into her arms and held me close against her. I tried to relax but was unable to, and after a moment of standing there stiffly she released me.

‘Did you hear the coroner has been called?’ Clara said.

I put the kettle on to the stove.‘Yes. Mary Ann Monckton told me.’

‘The inquest began yesterday. After an hour the coroner adjourned it.’

‘It was late, I think. They have much to discuss, or whatever it is they do in such circumstances.’

‘The surgeon thinks she was murdered, perhaps with poison. There is to be a post-mortem. Can you imagine?’

‘So they believe it was …murder?’

‘The surgeon thinks she was murdered, perhaps with poison. There is to be a post-mortem. Can you imagine?’

I knew this, too. Of course there would be a post-mortem. Harriet would be stripped and examined, her skin cut, the secrets of her lovely body given over to the gaze of men. The thought of it made me feel sick.

‘Perhaps it was yet accidental,’ I said, for want of something else to say. ‘How can they tell it was at someone else’s hand?’

From the look she gave me, I regretted my choice of words immediately.

‘Accidental?’ she echoed. ‘How could that be?’

Too tired, not thinking straight. I should keep quiet. Instead, I added, ‘Perhaps she thought she was taking something else: a draught, maybe, or a tonic. And in the darkness …?’

‘But in the privy, at the chapel? Why on earth?’

‘Better surely than to think that we have a murderer amongst us.’

I busied myself spooning tea into the pot, and setting out cups and saucers. They would all know, soon enough. If a surgeon was examining her, then he would soon discover more than just the cause of her death. To pre-empt these revelations in idle conversation was more than just foolish, it was dangerous.

‘He found her, with Sweeting.’

I bit down on my lip, tasted blood. That he had been the one to find her, of all people! Or had one of them known where to look?

‘Father says he has never seen Tom in such distress.’

‘He should be careful, showing his feelings; Emma shan’t like it.’

I did know, of course. Harriet told me. But perhaps I had denied the reality of it. Emma Milstead had always had her heart set on Tom Churcher, everyone knew it, and he’d liked her well enough. If he hadn’t had his head turned by my Harriet, perhaps none of this would have happened.

The kettle rolled into a slow boil. My father’s clock, on the wall above the mantle, ticked a steady beat. I took the kettle off the stove and poured water into the pot. Clara gazed at the lamp.

‘We are all of us quite done in by it,’ I said briskly. ‘You too. You look quite ashen.’

She stood and retrieved the stoneware bottle that she had left by the door. ‘I almost forgot,’ she said. ‘I brought us some gin.’

We added a tot of gin to the tea and it revived me somewhat. Just three nights ago, Clara had taken tea with Harriet and me here, in this very room. My cough had been very bad, and Harriet was to stay the night with me to tend to me. On leaving, Clara had said she would return with some gin to try and help me sleep. But she had not returned; instead she had sent her brother.

‘Tom told me you were unwell on Monday, when he brought the gin,’ I said now, to Clara. ‘Are you better?’

She sipped her tea, thoughtful, as if preparing to say something difficult.

‘Will you attend the inquest?’ she asked.

I pulled a face. ‘I shall not. Unless I am pressed.’

‘But aren’t you curious about what happened?’ she asked, leaning forward in her chair. She put the teacup down on the table and reached for my hand. It took me by surprise; I was not quick enough to move away.

‘Not curious, no. Horrified, shocked. But hearing poor Harriet’s life and death dissected by a collection of men – I cannot imagine a worse spectacle.’

Clara looked at me, surprised. I had gone too far. Perhaps it was better to be inquisitive? Perhaps it was more acceptable to be a gossip, to pore over the business of the good people of the town for your own amusement?

‘Besides,’ I said, in a milder tone, ‘I must attend to the school. Mr. Campling will dismiss me if I fail him again.’

‘You are such a good person, Fanny,’ Clara said, releasing my hand at last. ‘I said as much to Father last night. Harriet was fortunate to have you as a friend. Oh! What shall become of the school, at Arundel? And Mr. and Mrs. Field? Do you suppose they know?’

Richard Field. That man. I tried to suppress a shudder. ‘I am quite sure someone will have written to them. Mr. Verrall, I expect. He always seems to take these things upon himself.’

‘God bless him. He is a man of such strength and virtue. I daresay he will have words of comfort for us on the Sabbath. Although he must be terribly upset himself. He and Harriet were such close friends.’

Clara had no concept of the truth of the matter. She had no idea of Harriet’s state of mind, of her condition, of any of it.

If she had the slightest notion of what these good men were really like, she would not bring them into the conversation. I thought of the inquest tomorrow, of the men of the town being sworn in to pass judgement upon the case, and I felt quite ill. Should I be there, to see it? To observe them all, salivating over the gossip concerning my poor, dear, dead friend?

Not I. Let them do that without me. I would find another situation, somewhere far away from Bromley. As soon as I possibly could.

Thursday evening, lecture night at the chapel. Beezley had already unlocked the gate. He has taken it upon himself to guard the keys with his life. He accompanies all who wish to use them, and returns to lock up again afterwards.

‘Can’t take a chance any more,’ he said darkly, when I asked why he was here already.

rather too late for all that now but he means well

It had been my intention to deliver a sermon on the subject of our dear sister Harriet, of the example she gave to us in life and of the opportunities for growth afforded to us by the occasion of her death, but, as the inquest had thus far failed to deliver a verdict, I supposed now that it might not be prudent.

In previous weeks the lectures had been well attended, in fact by most of the congregation. Tonight, however, the attendance was limited to the deacons. If their wives had intended to accompany them, perhaps they had been told to stay at home.

‘Gentlemen,’ I said. ‘Had you mistaken the evening? The deacons’ meeting is not due this week.’

How Mary Roberts Rinehart, Queen of the Mystery Novel, Was Very Nearly Murdered 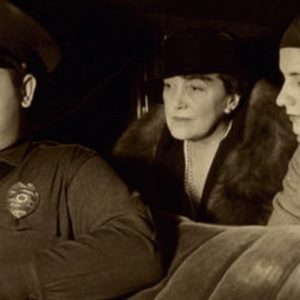