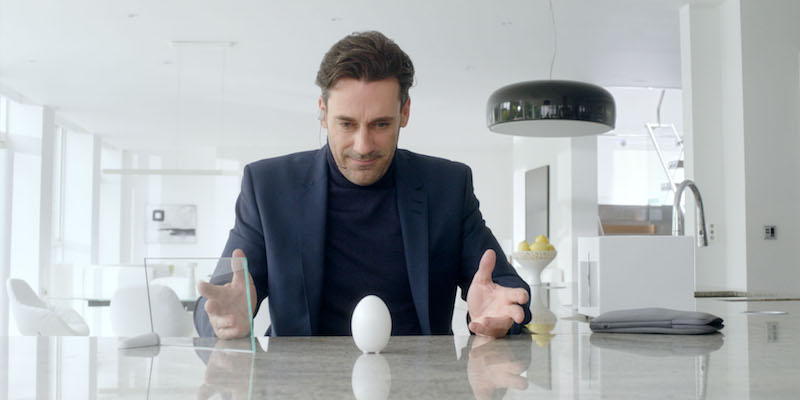 "Fiction can Trojan Horse its way into your heart and soul and crack the window wide open."

Imagine that it’s nighttime. Your kids have gone to bed, the house is quiet, and after a long day of work, it’s time to cue up some entertainment. Now decide carefully: Would you rather choose a sober opinion piece about bioethics and emerging technology? Or a hit television show packed with drama, romance, and high-stakes action?

Most of us would choose the latter, but if you’re a fan of the British show Black Mirror, you’ve effectively chosen both. You can’t help but consider the moral decisions made by the characters, to think about whether you would have made their same choices, and to reflect on how scientific progress is rapidly transforming our world—for better or worse. Without even realizing it, you’re inhaling some intense social commentary, all in the name of fun.

That’s why fiction is the ideal vehicle to sneak in discussion of uncomfortable, perplexing topics that we might otherwise choose to tune out. We are hard-wired to seek out escapism, fantasy, and pleasure. I will go so far as to say we need fictional outlets like television, movies, and books. Far from being superficial add-ons to life, they help us to live life. Storytelling is the oldest form of virtual reality. Through the safe haven of fiction, as we watch characters go through their own turmoil, we may encounter our own deepest fears and flaws, our highest hopes and strongest convictions. We may find inspiration, learn profound lessons, and gain the strength to overcome our own conflicts. In rare cases, we may even find ourselves rethinking our entire perspective.

Take, for example, the genetic modification of human embryos. You probably have a gut reaction that’s pretty negative. If I were to spend the next few pages trying to convince you about the potential upsides of this radically new technology, you would likely shut down. Nope, not interested, you might be thinking. Anything even close to designing babies is obviously a slippery slope toward Gattaca. The second doctors start messing with human DNA to create a more “perfect” baby, it’s all over.

The “yuck” factor is strong, to be sure. The idea of science interfering with our most fundamental reproductive process—which has propelled our species for 300,000 years—might strike you as misguided at best, immoral at worst. How dare we try to one-up nature? From the myth of Icarus to the horror of Frankenstein, humanity’s attempts to play God scream “cautionary tale.” At least, that’s what we’ve all been told. Isn’t the message loud and clear?

But bear with me a moment. Let’s sit with the discomfort. Just as we are wired to seek out escapism, we are also wired to reject any changes to our familiar mentality. To hear out opposing voices can feel downright threatening. But by insulating ourselves, we lose out. We lose a chance to sharpen our critical thinking skills, to clarify our own stance, and potentially even to have our minds opened.

“Your assumptions are your windows on the world,” wrote Isaac Asimov. “Scrub them off every once in a while, or the light won’t come in.”

An essay arguing for a viewpoint you disagree with may not move you, but fiction can. Fiction can Trojan Horse its way into your heart and soul and crack the window wide open.

Article continues after advertisement
It’s through fictional characters that we can fully invest our minds and hearts in a perspective other than our own.

Consider To Kill a Mockingbird. If Harper Lee had set out to raise awareness about racial and social prejudices by cataloguing examples of injustice that she had witnessed in her small Alabama town, would anybody today still be talking about it? Doubtful. But by couching her message in a captivating tale about innocent children who confront evil and who find their anchor in a heroic man, Lee’s tale—and theme—has become immortal. Who can read the book without sympathizing for Boo Radley, or feeling furious on behalf of the unfairly convicted Tom Robinson?

It’s through fictional characters that we can fully invest our minds and hearts in a perspective other than our own.

Margaret Atwood’s The Handmaid’s Tale is another great example of a book that uses fiction to discuss ethics. By creating a theocratic dictatorship that exploits fertile women for their childbearing abilities, Atwood forces her readers to confront the scary implications of ideologies that subjugate women before the desires of powerful men.

Perhaps the most well-known pop culture example of a novel that couches an ethical dilemma inside a thrilling tale is Jurassic Park by Michael Crichton. The ability to resurrect the dinosaurs through sophisticated genetic engineering unleashes a Pandora’s Box of terrors. Within the story’s frights and chases, though, is a very real and ever-more relevant bioethics question: Just because we can, does it mean we should? In fact, as you read this, a team of researchers in San Diego is using cutting-edge stem cell science to try to bring back a nearly extinct species of rhinoceros—“Jurassic Park without the scary parts.” Indeed, it isn’t the first time that a science fiction novelist’s wild imagination has become reality.

In my new novel Mother Knows Best, a controversial medical procedure—based on 100 percent real science–jumpstarts a family drama. The main character is a mother who is still grieving the loss of her eight-year-old son due to mitochondrial disease, though it’s been over a dozen years since his death. She has a second child now, a spunky pre-teen named Abby whose origins are the family’s most closely guarded secret. Why? Because Claire could not risk conceiving another child the natural way. The genetic defect that killed her son still lurks within her own DNA, and the only way around it is through a highly illegal and—many would say—morally questionable experiment to give the child three parents instead of two. But if the result is a normal kid, then is the triumph of science over nature actually immoral?

This is the provocative question the book explores, while taking readers on an action-packed journey that is ultimately a love story about a mother and her child. My job is complete if my readers are entertained. Even better if they are moved. And as a bonus, I hope a little ray of light sneaks in. 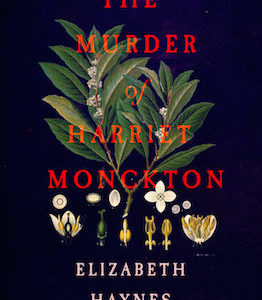 Frances Williams The weather remains warm and dry, but overcast. Fifty-nine girls in attendance. Four girls absent with...
© LitHub
Back to top