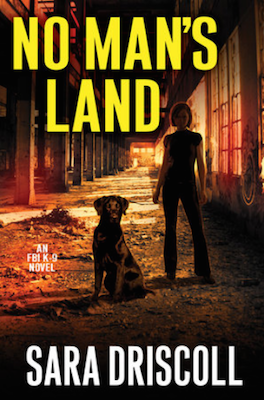 The following is an exclusive excerpt from No Man's Land, by Sara Driscoll. When FBI agent Meg Jennings and her K-9 partner Hawk are walking through an abandoned asylum to run drills, they find the body of an elderly woman among the debris. But soon Meg learns of other seniors found dead in various unsafe structures, and when she hears about a new disappearance, she knows she only has a small window to put the pieces together.

Busted: Getting caught trespassing in an urbex site.

Leaning on the doorjamb, Meg rapped her knuckles on the open door. “Craig? Got a minute?”

Craig Beaumont, the craggy-faced supervisory special-agent- in-charge who ran the Human Scent Evidence Team, looked up from his computer screen. “You’re saving me from Brian’s latest case report. Absolutely. Come on in.”

Meg took a chair across from his desk, Hawk settling quietly at her feet. “Something happened over the weekend. Something weird that’s bothering me.”

“Something concerning the FBI?”

“No. Well, not yet, anyway.” At Craig’s raised eyebrows, she rushed to explain. “I was out exploring an old abandoned psychiatric institution in Virginia. It’s been closed for about fifteen years, and urban explorers go through it for fun. One of the firefighters on Todd Webb’s shift is into urbex, and he invited us to come along. Hawk and I went because I thought it would be good practice for him. All of the physical search challenges with none of the actual search.”

Craig sat back in his chair and loosened his tie slightly. “I hear a ‘but’ coming.”

“Someone who’d gotten lost while they were exploring the building?”

“Maybe. But definitely someone who died in the building or whose body was dumped there.”

More raised eyebrows from Craig, but his silence directed her to continue her story.

“Hawk was distracted pretty much from the get-go. We were in an office full of old ward reports, examination rooms, a surgical suite, a morgue, and he was all over the place. It wasn’t like him at all.”

“He could smell the body.” Craig’s statement told Meg he had jumped ahead of her tale.

“You know he’s not a trained cadaver dog. Corpses aren’t his thing; that’s the Victim Recovery Team’s job.” Meg ran a hand over Hawk’s square head, and his tail thumped in response. “I wasn’t in search-and-rescue mode, so I wasn’t watching his body language for any signs of alerting. But, finally, even Todd questioned his distraction. He’s worked enough cases with us that he knew something was off. I gave Hawk his head, and he led us deeper into the basement. And that’s where we found her, in the back of the furnace room, in a coal store above these ancient furnaces. Craig, she was a frail, eighty-five-year-old woman. Maybe she was dead long before she was placed in the bin, but it’s been bothering me that she might have died alone there because she certainly couldn’t climb out in her condition. And then it gets more complicated. When Todd and I had dinner last night with McCord and Cara, it flipped a switch for McCord. He did a little fast research and found a similar case in New Jersey. This time it was an eighty-three-year-old man found in a condemned Gilded Age mansion near Trenton.”

Craig’s relaxed pose melted away as he leaned forward. “Two elderly persons found dead in unlikely places they’d never be able to get into under their own power?”

“And certainly couldn’t get out of,” Meg confirmed. “I asked him to dig deeper and see if he found any other instances. I was going to wait until I heard from him before talking to you, but it’s been bothering me all night.”

“You’re thinking we have a serial killer who is crossing state lines, killing the elderly.”

“I know it sounds a little insane. Whoever is doing it isn’t even trying to hide the victim’s identity.”

“What you’re suggesting is entirely hypothetical, but that’s where a lot of cases start. It’s also where cases are missed if investigators don’t start making connections. Maybe the killer doesn’t need to worry about victim identification. If there’s utterly no connection with the victim, he doesn’t have to worry about being linked to him or her. To efficiently evade identification, he could remove the head and hands, but that’s a lot of work. And that still leaves DNA. Why go to all that trouble if you don’t have to?” He studied her thoughtfully for a moment, his fingertips drumming rhythmically on his desk. “I think you have traces of something here.”

“Traces pretty much sums it up. This isn’t enough for us to lay claim yet.”

“No, but I could make some inquiries. Maybe between that and McCord’s research, we’d have a better idea of what we’re looking at.”

Craig glanced down at the surface of his desk, which was covered with case reports, file folders, and requests for search-and-rescue teams, and winced. “I’m not so busy that I can’t make a few phone calls and pull a few strings. Let me get back to you in a few days.”

“Thank you.” Meg stood, and Hawk jumped to his feet beside her. She took one step toward the door and stopped.  “Oh . . . uh . . . sorry, but you may get a call today from the Fredericksburg PD.”

“About your team members who were caught trespassing yesterday.” She threw him a contrite smile. “One of the responding officers was extremely unhappy about that. And it felt like he was more focused on that than the body. Luckily, his partner had his eye on the real issue, but this guy . . .”

“Thanks. Again, sorry.” She started for the door but stopped in the doorway when Craig called her name. “Yes?”

He waved an aggrieved index finger in her direction. “It sounds like a fun outing, one I’d probably enjoy myself. But next time, try not to get caught. You know the locals hate us feds and love to rub stuff like this in.”

She was grinning when she left his office.

How to Power Your Novel Through the All-Important Second Act 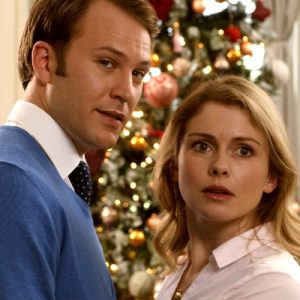 A Crime Writer’s Guide to the Netflix Holiday Romances Holidays in Tennessee with my mom and aunts wouldn’t be complete without a television in the background displaying picturesque...
© LitHub
Back to top