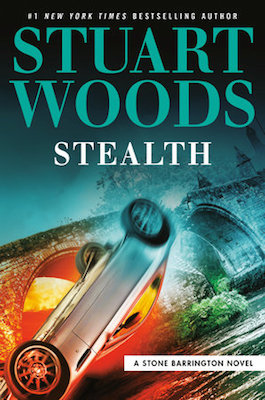 The following is an exclusive excerpt from Stealth, the new Stone Barrington thriller from Stuart Woods. All Stone Barrington wants to do is enjoy his brief stint in England, but it's not long before he is caught up in a plan to capture a dangerous defector. But as he builds a trap, Stone discovers a much larger, far more sinister plan at work, as well as a evil genius who will stop at nothing to pull off his deadly plot.

Stone woke up with a warm hand cradling his geni- tals. He checked the narrow opening in the curtains: still dark outside.

“Ah, you’re awake,” Felicity said, climbing on top of him. “What time is it?”

“Five am,” she said. “You’ve time for love, breakfast, and packing. We’re starting with love.”

They spent a half hour on love, then Stone dove into a shower.

When he came out, Felicity was dressed.

“I’ll call Stan to help you with the boat,” he said.

“Not to worry. My car is picking me up here in about three-quarters of an hour.”

“Call down for breakfast,” he said. “Just press the button marked Kitchen. I’ll have the usual. You have whatever you like.” He grabbed a large leather duffel, and began stuffing things into it.

“Oh,” Felicity said, “just pack what you’ll need for the return drive; Station Two will provide you with everything else.” She picked up the phone and ordered breakfast.

At seven am Stone stood at the hangar on his airstrip and watched the airplane turn final. To his surprise, it was a Dakota, the British name for the American DC-3 or C-47. It touched down lightly, ran down half the runway, then turned 180 degrees and stopped where he stood. He walked toward the airplane, the propeller whipping his clothes around him. The rear door opened, and a man in fatigues, what the Brits call “battle dress,” clapped his hands together and held them out to receive Stone’s duffel. Stone climbed the ladder and was directed forward past other luggage, each with a green canvas object secured to it. There were no proper seats, so he set himself down on a sort of canvas bench that was affixed to the airplane’s bare metal. There was no insulation.

He got into his seat harness up front, just aft of the cockpit, which gave him a good view of the pilot and his controls. The rear door was closed, the ladder stowed, and the pilot advanced the throttles slightly, applied right brake, and spun the airplane around. He then shoved the throttles all the way forward, and the airplane left the ground in what seemed to Stone an amazingly short time.

He was handed a set of ear protectors, like a headset without the wiring, and he gratefully put them on. There was no point in trying to speak to his companions because the engine noise was too great, and they were wearing the same earmuffs he wore.

The man next to him handed him a copy of the New York Times—yesterday’s international edition, as it happened—and in the next hour and a half he read every word of it. They were somewhere over the Midlands, at eight thousand feet, on  top of a cloud layer. He started on the crossword, which was challenging enough to engage him for another hour and a half.

The airplane began a descent, and suddenly, all the passengers were on their feet, strapping on backpacks. A sergeant handed Stone one and helped him get into it. He got close to Stone’s ear and lifted a muff. “Ever jumped before?” he yelled.

Stone shook his head. “What are you talking about?” he shouted back, but the man couldn’t hear him. Stone could hear him shouting, though. The man took a length of nylon line from behind Stone’s shoulder and clipped one end of it to a steel cable running the length of the cabin. “Static line,” he shouted. “Count to ten. If your chute doesn’t open by the time you’re finished, pull this.” He held up a triangular piece of tubing, took Stone’s arm and moved it out and up from his body. “Rip cord,” he said. “Wait a minute!” Stone shouted, but the group of men had started shuffling aft, and the sergeant grabbed Stone’s arm and marched him along, snatching the muffs from his ears. There was a red light over the open rear door, and as he watched it went out, and a green light came on. People began to jump out of the airplane. As Stone approached the open door he craned his neck to get a look outside, and as he did the sergeant pushed him through the door. “Noooooooo!” Stone yelled as he fell into the daylight. Immediately, he felt a hard jerk, and he looked up to see his parachute billowing.

Suddenly, it was quiet as the airplane flew away. There was no wind, and Stone could hear a dog barking somewhere on the ground. The parachutes of those who had jumped before him were stretched out in a line. Looking down, from what he estimated was a thousand feet or so, he saw a mostly bare, green landscape, with a tree here and there.

He knew from old movies that he could pull on the straps holding him to alter his direction, but he seemed aligned with everyone else, so he didn’t see any point in experimenting. He began to think about how he was going to handle the landing. The others had their feet together, so he kept his that way.

As he neared the ground he seemed to be going faster and faster as it rose to meet him, then his feet struck the ground and he fell, rolling over. The chute settled over him, blocking his view of everything.

“Get out of there!” someone shouted and pulled at the nylon. Stone got to his feet and figured out how to release the harness, then he was standing and, amazingly, alive. A man was gathering up his parachute.

Another man tugged at his sleeve and pointed up. Stone looked to see several chutes floating down. “That’s your luggage,” the man said. Stone was surprised that he wasn’t shouting, but speaking fairly normally. “It will be taken by truck to your quarters.”

“How do I get there?” Stone asked.

“You run,” the man said. “Follow the others, and don’t get lost or you might never be seen again.” He pointed Stone in the right direction and gave him a shove. Stone was wearing a pair of high-topped, thick-soled walking shoes that he used on pavement, and they worked fairly well. He began jogging along, unbuttoning his jacket as he warmed up.

A half hour later the group pulled up at a gate in a high chainlink fence with coils of razor wire at the top. Stone wondered if that was meant to keep people out or, perhaps, in. He was pleased to see that he wasn’t breathing any harder than the other men in the party. They were herded through the gate and into a Quonset hut, with its semicircular roofline. There were folding chairs inside the hut; people were getting out of their warmer clothing and mopping their brows. Stone followed the line, just as he had done since they jumped, making him the last to sit down.

While you are at Station Two you will not tell anyone your former name, nor anything about yourself. Does anyone not understand that?

A man wearing a military sweater with epaulets came into the hut and walked to the front of the room. “Listen up,” he  said. “I am Captain Moffat. You no longer have names; you are designated”—he pointed at Stone, then down the line—“Alpha, Beta, Charlie, Delta, Echo, Foxtrot, Golf, Hotel. While you are at Station Two you will not tell anyone your former name, nor anything about yourself. Does anyone not understand that?” He waited for a moment and was met by silence. “Your luggage has been placed in your quarters, and your designation will be on the door. Clothing conforming to your height, weight, and measurements will also have been placed in your quarters. Wear only what you are issued.”

He switched on a light, illuminating a screen on which there was a drawing. “This is a map of Station Two: memorize it. If you are slow and stupid, you will be given a map. Would anyone like a map?” No one spoke.

“The weapons carried by staff and guards are loaded with live ammunition. Try very hard not to give anyone a reason to shoot at you. Now, get up and follow the sergeant to the dining hall. Eat. Go to your quarters and remain there until you are awakened at dawn. Upon your awakening, at six am, you have thirty minutes to shower, dress, and get to the dining hall. You will have thirty minutes to eat. After that, it gets easier: all you have to do is exactly what you are told. Get out.”

Counting Down the Greatest Crime Films of All-Time: #39 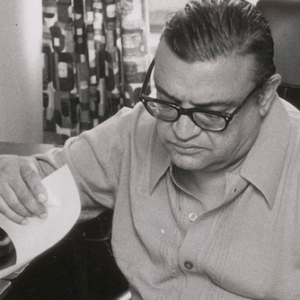 CrimeReads Brief: Week of October 19th Michael Connelly guides us on a tour of Bosch's LA haunts, and reflects on a changing city. | Los Angeles Times ...
© LitHub
Back to top