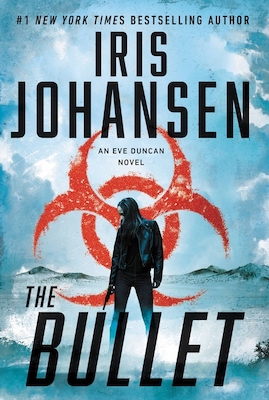 The following is an exclusive excerpt from The Bullet, by Iris Johansen. Eve Duncan and Joe Quinn are back and enjoying married life in this gripping new installment. But when a doctor with a brilliant scientific secret is in jeopardy, the pair must protect her at all costs. Complicating things is that she's Joe's ex-wife.

“You were right, Nalam,” Ralph Daniels said as soon as Joshua Nalam picked up his call. “Diane Connors did show up on Eve Duncan’s doorstep today. I was staking out the cottage when I caught sight of Connors and another woman walking into the place. I wasn’t sure what you’d want me to do so I just maintained surveillance. She stayed and talked to Duncan for an hour or so and then left. That’s what you wanted me to do, right?”

Joshua Nalam swore beneath his breath. “No, you idiot. I also want to know what they were talking about. You were there for a full day and didn’t bug the cottage?”

“I’m not an idiot,” Daniels said with deadly softness. “You might be able to talk to those goons who work for you like that, but not me. You hired me because you knew my reputation and that I could get you anything you wanted. I’m a professional, and that’s a lot different from those yes-men you have at your beck and call. I couldn’t bug that cottage because the security there is top-notch. What else could you expect when it belongs to Detective Joe Quinn? You know his reputation. So I observed and waited, and when Connors and that other woman left the cottage, I followed them. I’m now standing in the lobby of the Renaissance Hotel, and I’ve found out that the other woman is Catherine Ling, who registered two hotel rooms in her name. I haven’t been able to get the room numbers yet, but I should manage that within the next hour. The question is, What do you want me to do to Connors after I break into her room?”

Nalam smothered his rage. He wasn’t accustomed to having underlings talk to him like this, but he had no intention of losing Daniels. He was too excited about moving forward; besides, he could handle the bastard. It had cost him a fortune to locate this man with his lethal qualifications and willingness to use them in any way ordered. He had brought in an outsider because he’d wanted to make sure that what he was planning now could never be traced to him. “Perhaps I was a little short,” he muttered curtly. “You appear to have the situation well in hand.”

The son of a bitch was trying to manipulate him, Nalam thought. He probably just wanted the job over with. Didn’t he realize who he was talking to? Not to mention Nalam’s power and money and ability to bend governments and companies to his will. Be patient. Daniels would learn soon enough to appreciate him. If not, he would disappear, just like anyone else who got in his way. “There are other people involved now. I’ll have to explore the consequences of taking any action. And there’s the question of any information she could be privy to. Interrogation might be better.”

“Don’t push me.” He hesitated. “Let me think about it. She stole from me and thought she could cheat me of something I wanted. She’s probably  trying  to  do  the  same  thing  here.  She  has  to  be punished. I just have to figure out how. I’ll call you back with a final decision. For the time being, surveillance only and as soon as possible bug her room. No violence yet. You understand?”

“I understand. But I still think you should go for the kill.” He cut the connection.

Homicidal bastard. Nalam drew a deep breath as he leaned back in his leather chair. He understood the thrill of a death hunt. He was feeling it himself. But he was struggling between fierce satisfaction at locating Diane Connors at last and rage at the disrespect Daniels had just shown him. He was tempted to pick up the phone and call Galman and tell him to get rid of Daniels for him. The satisfaction won; he’d have that Connors bitch soon enough. All he’d have to do was decide whether torture or death was the way to go. He was leaning toward torture. She was definitely the one who had stolen those documents in Manila, which almost certainly meant she knew where he could find Alon Hakali. Torture would make her tell him everything she knew. But what if it didn’t? The satisfaction he might get from her death would not be worth finally ridding himself of Hakali after these years of searching. So, keep Daniels on the leash and make the required decision?

On the other hand, death was clean and efficient, and he had need of that efficiency at this particular time.

And after all, there was something to be said for having a homicidal bastard like Daniels eager to obey his every command.

Michael looked up from his computer when Joe came into his bedroom that night. “Hi, Dad. I was just emailing Tomas about our trip on the lake today. He’s really going to like the photos I sent him. I told him that you said we’d probably go out again tomorrow. Is that still on?”

“Sure, why shouldn’t it be?” He dropped down on the chair beside Michael’s bed. “We need to check the entire property over before we get too busy. You’ll be starting back to school next month.”

“Yep, and you and Mom might get busy, too.” He shut his computer. “Now that Diane is here.”

Joe went still. “Why do you think that would make a difference?” Michael hadn’t spoken about anything to do with Diane or Catherine all day. Joe had been waiting for the questions to begin, but Michael had remained silent. He’d just chattered about the trip on the lake and Tomas and what he was going to do when he went back to school. “What does Diane have to do with our schedule?”

“Nothing right now. But sometimes things change.” Michael propped himself higher on his pillow. “Isn’t that what you came in here to tell me?”

“Maybe. In a manner of speaking.” Joe leaned back in his chair. “But possibly not in the way you think. What did you mean, Michael?”

He shrugged. “Diane came here to see Mom, and it upset her. I know Diane didn’t mean to do it, but I think sometimes she can’t help herself. I was going to ask about it, but you and Mom got all quiet and I decided you’d tell me when you were ready. Was it about Alon?”

Joe shook his head. “We don’t know anything about this Alon.

What do you know about him?”

Michael shook his head. “Only that Diane is worried about him and wants to protect him. It’s all she can think about. She’d do anything for him.”

“Really? She didn’t mention him to your mom.”

“She will. She probably doesn’t know how good Mom is at taking care of everyone. Did she just meet her?”

“No, but it’s true that perhaps she and Diane don’t know each other as well as they might.” He grimaced. “My fault. Though I’m beginning to believe I might not know Diane that well myself. That’s what I came in here to tell you.” He braced himself and then went for it. “A long time ago, I was married to Diane Connors. Long before your mom and I were married.”

“Wow.” Michael’s eyes widened. “Why would you do that? It doesn’t make sense.”

“There were times back then that evidently I didn’t have much sense. And Diane seems to have been equally impaired. We made a huge mistake. But then we were divorced and haven’t seen each other in a very long time. During which time I’m certain we both changed enormously.”

Michael shook his head. “Not you. You never change, Dad. You’re like a rock for Mom and me.”

“That might have been my problem with Diane,” Joe said gently. “I could only be a rock for your mom and then you. It was probably my fault a mistake was made.”

“No!” Michael launched himself into Joe’s arms. “I didn’t mean that. You don’t make mistakes. You’re perfect. Diane just misunderstood.” His arms tightened around him. “Don’t worry, we’ll make it right. Do you want me to talk to Mom for you?”

“I believe we’ve settled everything between us,” Joe said huskily. He was so very lucky. “But thank you for the thought.” He kissed his forehead. “Anyway, that’s why Diane came here. Not to cause trouble, but to ask your mother a favor.”

“I don’t know. The favor is your mom’s to give. I don’t have the right to interfere.”

Michael frowned. “But Mom always talks to you about stuff.”

“This is kind of a delicate situation. I’m being careful of her feelings.”

Michael shook his head. “Why? She knows she always comes first with us.”

“Absolutely. But Diane’s visit came as a shock. I’m letting your mom become accustomed to the idea that she’s suddenly appeared again.” He released him and got to his feet. “And now I think I’d better go and tell her that we’ve had this discussion. Anything else you want me to tell her?”

“No.” His face was suddenly sober. “Maybe. You said that you wanted Mom to become accustomed to having Diane here. Why did you say that if you’re going to let her make up her own mind about doing that favor?”

“A slip of the tongue? It really is entirely up to her. Why would you think anything else?”

Excerpted from THE BULLET  by Iris Johansen. Copyright © 2021 by IJ Development. Reprinted with permission of Grand Central Publishing. All rights reserved. 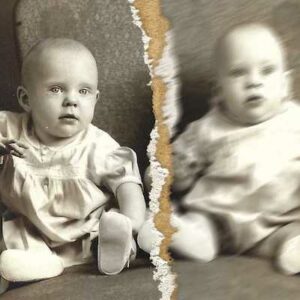 On Letting Go of Toxic Silence and Acknowledging the Hardships of Mental Illness Two officers landed on my twin brother, cuffed him, and strong-armed him down the hallway during a Christmas visit at our mother’s...
© LitHub
Back to top