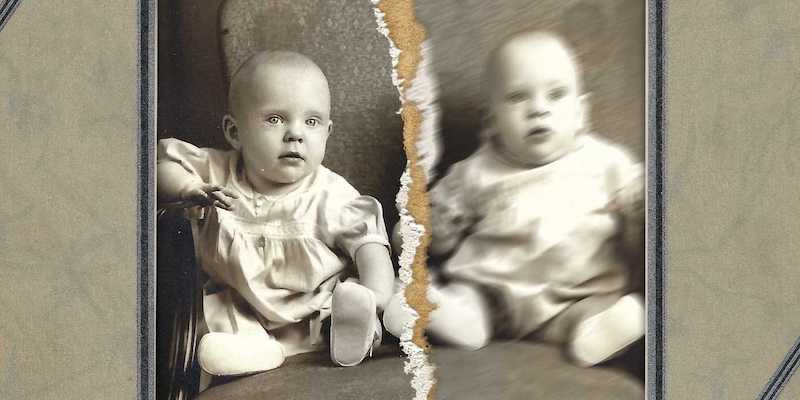 My brother's bipolar disorder troubled him all his life. But the stigma of being labeled caused just as much pain.

Two officers landed on my twin brother, cuffed him, and strong-armed him down the hallway during a Christmas visit at our mother’s condominium in Willmar, Minnesota. It took six attendants in the emergency room to wrestle him onto a gurney. It’s still hard for me to believe we hadn’t acknowledged the signs before—his frantic juggling of a dozen plastic bags, stuffed with his clothing, while home on a military leave; his incoherent tirade at a friend who greeted him as they departed from a service in our church. But it was only then, in 1986, the year Marvin and I turned forty-five, that he was diagnosed as having severe bipolar disorder.

While Marvin’s manic rage landed him in a psychiatric ward for two weeks, I suffered a quieter breakdown. Maybe it was the silence during all those years that made it so difficult for me to talk with a psychotherapist about the anguish so pervasive that I wakened, crying, during the middle of the nights. Everything that my twin and I had shared, biological and environmental, had seemed to be the same—and yet, he was the one who had developed a mental illness. My accomplishments felt as if I had taken them away from him. My successes, tainted with guilt.

His breakdown had been impossible to ignore—shattering the glass entry door to Mom’s condominium building with stocking feet—while mine was visible only to my therapist, in the quiet of his office.

We had learned to keep our troubles to ourselves while growing up in a Scandinavian family on an isolated farm in western Minnesota—a kind of protected fortress. None of us ever spoke of our sadness, our pain, or our heartbreak. It was easy to ignore the fissures in our childhood—the stultifying strictures of our fundamentalist evangelical upbringing; the foreboding signs of my brother’s encroaching mental illness, always too tired to get out of bed, striking out at anyone who tried to help him; our mother’s pitting one twin against the other, restraining me in a walker for two months so I wouldn’t walk before he did, bragging about his winning a spelling bee while disregarding my straight-A report cards.

Marvin and I had laughed together as we explored the woods behind the machine shed, fed corn to the pigs, and pretended the calves were our horses. I had made excuses for him when he developed tics and shrugs during our adolescent years but found his lethargy and irritability to be maddening. How could he not know we were going to visit our cousins when he was right there when we made the plans? Still, none of his oddities seemed abnormal. I never thought of depression. None of us did. But when I watched our father’s frustration escalate into rage—“He’s lazy!” “He’s a good-for-nothing!”—I closed my bedroom door and wept for my brother. After several sleepless nights, I built up enough courage to appeal to Mom. “Would you tell Dad that he’s being too hard on Marvin?” I asked, while wiping my eyes. Still, our silence prevailed. I never learned if she had interceded.

Mom insisted that Marvin go to same college as I did. He dropped out during our sophomore year. After a short time of trying to farm with our father, he volunteered for a two-year stint in the army. It was convenient to put aside my worries about him when he got a job in Minneapolis as an electronics technician, married, and had a daughter. By then, I had escaped to the east coast with my husband and children and established a business career. But his psychotic break at our mother’s condominium ended my attempt to pretend that his troubles were over.

Marvin never forgave me for calling the police during that Christmas visit. He claimed that I had overreacted. “I’ve been labeled,” he said, as he glared at me. “Because of the label, behavior that would be considered normal for anyone else lands me in a lockdown ward!”

We had spent our summer afternoons jumping into the bins of flax in our granary; we had stood side by side as we screened minnows from the stream in our neighbor’s pasture; we had searched through the crannies between the haybales until we found each new litter of kittens. How could he think, how could he even imagine, that I would have called the police if there had been some other way to get the help he needed? How could he have believed his behavior was normal?

By the time Marvin died of cancer at age sixty-seven, he had been involuntarily admitted to a psychiatric ward seven more times. He never acknowledged his illness, responding with defiant anger each time I tried to talk about it. But after I had revealed my heartbreak to my therapist, I was determined to keep my brother from locking me out. When he went off his medications, I visited him in the psychiatric ward. When he refused to take my calls, I wrote letters. When he shunned our family gatherings, I met him in a restaurant and chatted about his new job at a grocery store, the thistles he was battling in his lawn, the many accomplishments of his daughter. At times, as we tapped into our childhood memories, he laughed the way we had laughed when we stretched out on his bed, reading our comic books. Between his psychotic episodes, the tight bonds of our early intimacy were still intact.

Marvin’s daughter shattered our walls of secrecy by speaking openly about his mental illness during her tribute at his funeral.

It was then that I realized how our toxic silence had perpetuated the stigma of the label my brother had fought so hard to escape.

We were finally set free to acknowledge the challenges and hardships his disorder had caused. 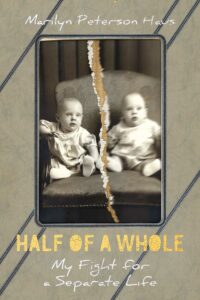 Share:
Half of a WholeMarilyn Peterson HausMemoirmental healthPost Hill Press

Marilyn Peterson Haus grew up on a Minnesota farm. Having retired from a business career, she enjoys gardening, cross country skiing, and listening to classical music. She lives with her husband in the beautiful Berkshire Hills in Massachusetts. She is the author of Half of a Whole: My Fight For a Separate Life, now available from Post Hill Press. 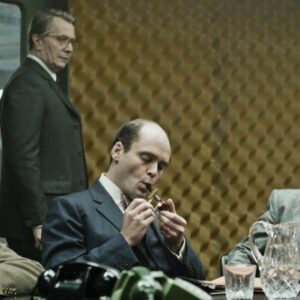 A few months ago, I jokingly wondered whether Tinker, Tailor, Soldier, Spy (2011), a movie I was in the midst of celebrating...
© LitHub
Back to top