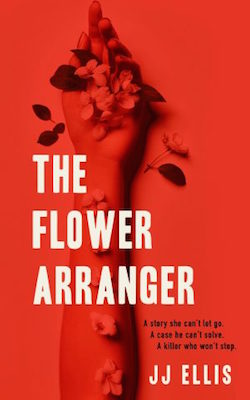 The following is an exclusive excerpt from The Flower Arranger, by JJ Ellis. Journalist Holly Blain has moved to Tokyo to cover international news, not entertainment. Frustrated with her beat, she befriends Inspector Tetsu Tanaka, of the Tokyo Metropolitan police, and begs him to let her help on series of missing person cases. It seems that the women disappearing throughout the city are being taken by a terrifying killer, and so, against his better judgement, Tanaka agrees to let Holly help.

Inspector Tetsu Tanaka – Tanaka Keibu – surveyed the Frenchman across his desk. The man was in silhouette against Tanaka’s favourite window. On less frenetic days here at the Keijibu, Tokyo’s criminal investigation department headquarters, its serene view over the Imperial Palace grounds often helped bring inspiration to his more mundane investigations.

But this case was anything but mundane.

The man – who’d introduced himself as Pascal Durand – was frantically chewing his fingernails, then running his hand through his hair again and again.

‘I don’t understand,’ he was saying to Tanaka.

‘What don’t you understand, Mr Durand?’

‘I just want some help to put out an appeal to find my daughter. I didn’t ask to talk to a detective. Why’s it a criminal matter?’

Tanaka leant back in his chair and folded his arms across his stomach. ‘It isn’t at the moment, Mr Durand. Let’s hope it won’t become one. It’s simply that I’m in charge of liaising with foreigners. No one here speaks French, but as I speak reasonably fluent English, as do you, we felt it was the best approach.’ Tanaka made a play of tidying the papers on his desk. He opened a random file and thumbed through it, just to keep his hands occupied.

Article continues after advertisement
The detective wasn’t being entirely honest. What the man had told him so far had already disturbed him.

The detective wasn’t being entirely honest. What the man had told him so far had already disturbed him. Not least, the fact that the man had managed to lose his daughter in the teeming metropolis that was Tokyo. How could anyone be so careless, so negligent? Tanaka and his wife, Miho, had lost their own daughter, never seeing her blossom like the cherry trees coming into bloom all over the capital.

Never seeing Misaki reach her potential. Never knowing her. Just that photograph of her as a baby in the tokonoma. That fleeting moment of joy. The photograph his sons and their friends always wanted to talk about until they saw the looks of devastation on their parents’ faces. She would have been seventeen now. The same age as Durand’s missing daughter.

Tanaka swallowed hard and tried to push the thoughts from his head. ‘It’s difficult for you when you’re in a totally alien country,’ he continued. ‘All the shop signs not only in a foreign language, but in a different alphabet. It’s easy to become confused…’

He held up a page from the Tōkei Shimbun to make his point, outlining the newspaper advertisement characters with his finger. It was a new newspaper, not really Tanaka’s style – given to him by the young female reporter he’d met and chatted to on Friday evening at the café next to Minami-Senju station. He preferred something a little more cerebral and probing than the mix of celebrity and business news it seemed to offer.

‘It’s easy to panic. I felt the same when I first went to London.’

‘London? What’s that got to do with anything? I just want some sort of appeal to go out for my daughter to contact me.’

Tanaka didn’t answer immediately. Instead, he rose from the desk and walked behind the man, looking out through the window. This was his favourite time of year, the Imperial Palace gardens covered in a riot of pinks and whites from the sakura trees. A Sunday such as this would usually be spent picnicking under the blooms with Miho and the boys. It was a centuries-old tradition – the Hanami festival. A sacred time of year, when weather forecasters tracked the cherry blossom front up from Okinawa at the start of the year, here to Tokyo by April, and then on to the North and Hokkaido. Maybe once he’d finished at the office, Miho, Takumi, Sora, and he would have time to go to the Meiji shrine, near Harajuku, to pay their respects. To remember the fifth member of their little family, who couldn’t be with them.

And it was the cherry blossom festival that had been the reason for the timing of the visit to Tokyo by the Frenchman and his daughter. Now it had gone wrong. But how wrong? Tanaka furrowed his brow. It was at odds with Hanami. He turned away from the window again, moved a couple of paces next to the man, and placed his arm gently on his shoulder – a form of physical contact Japanese would usually shun, but it was Tanaka’s role to empathise with foreigners.

‘As I was saying, I’ve never been to your country, France, but I have lived and worked abroad. I served an attachment with the police service in England. I remember my feelings of confusion, of being overwhelmed, when I first arrived.’

‘I’m not confused at all. My daughter has gone missing. I just want the help of the police to find her.’

‘It’s only been four hours, Mr Durand. Your daughter has not contacted you for four hours. That’s really not a long time at all. She is seventeen; in Japan, she would no longer be considered a child. Please let’s keep things in proportion.’

‘That’s all very well for you to say. It’s not your daughter who’s gone missing.’

Tanaka wasn’t going to enter into an argument. The man had a point. ‘All right,’ he said, sitting down at the desk again. ‘Let’s go through exactly what’s happened and how you and Marie-Louise came to be parted. If she still doesn’t contact you, or return to your hotel of her own accord, in a few hours we will issue an appeal in the media.’

He watched the man slump forward, the tension momentarily eased. But while Tanaka had succeeded in calming the father down, privately he was worried. Very worried. Because this wasn’t the first girl to disappear from a teenage fashion shop.

From The Flower Arranger, by JJ Ellis. Used with the permission of the publisher, Agora. Copyright © 2019 by JJ Ellis. 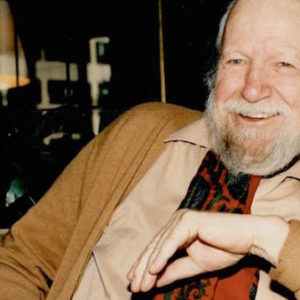 CrimeReads Brief: Week of September 21st A profile of Attica Locke, whose star is rising in Hollywood and in the literary world, and whose new book has everyone...
© LitHub
Back to top