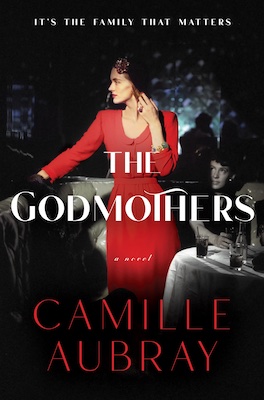 The following is an exclusive excerpt from The Godmothers, by Camille Aubray. When Filomena, Amie, and Lucy marry into a prosperous New York City Italian family and bond with Petrina, the family's only daughter, they find a life of power and luxury. But when their husbands leave to fight in World War II, they find themselves in charge of the family business. And face-to-face with the mob.

When Petrina arrived at Coney Island, she headed straight for the Cyclone roller coaster. You couldn’t miss it, looming above the other rides, roaring like thunder. It was made of wood, and its elegant curves had a certain beauty, if you liked that sort of thing. She felt a bit guilty; Mario had peppered her with eager questions about it when she was home for Easter, only a scant ten days ago. She’d put him off with vague promises.

“You’re too young for that,” Petrina had said. “Wait until you get a bit older.”

The truth was, she found amusement parks slightly silly. They were always noisy and filled with riffraff. She couldn’t see the point of eating a lot of terrible stuff—cotton candy, Cracker Jacks, oversize waffles, sweet sticky soda—and then climbing aboard a wooden contraption that boasted an eighty-five- foot drop to deliberately terrify you. Life already had enough dangerous ups and downs. Mario was so little, he’d probably fall right out of it. Did they let children that young onto such a wild ride?

She could hear the screams of glee even before she arrived at the ticket booth, beneath the tremendous shudder and rumble of the carriages as they swooped on their perilous track. Her throat tightened as she stood there, worriedly scanning the faces of people on line waiting for their turn, and the others who were already on the ride which swooshed by her in a blur. She watched closely when the ride ended and the passengers staggered off, but still, no Mario.

She paced back and forth. Where else would a little boy go? The distractions were endless. She walked on, past the Wonder Wheel, the Steeplechase, and the carousel, with more than one over-excited kid in the crowd banging into her at every turn. Then she doubled back to the Cyclone, becoming truly worried now.

“Hello, Petrina,” came a matter-of- fact voice. She whirled around. There was Mario, sitting on a bench all by himself, in his school uniform of white shirt, grey trousers, and navy blazer. He looked pale, his big dark eyes round as saucers, his beautiful soft mahogany-brown hair the same color as hers but slightly mussed. There was a smear of chocolate on his face.

“For God’s sake!” Petrina cried out. “Do you have any idea how worried we are back home? How on earth did you even get here?”

“Some big kids from the fourth grade took me with them ’cause their brother drives a truck, and he dropped us off here. They said I could ride the Cyclone with them if I gave them my pocket money,” Mario explained. “But I wasn’t tall enough. So they left us here.”

“My friends,” he said matter-of-factly. “I don’t know where they went. I didn’t want to follow them anymore. We got candy and frozen custard, and we went on the Wonder Wheel, and then I got sick. I threw up in the bushes,” he said proudly, pointing in that direction.

“You’re lucky I found you before Mama and Papa realized where you’ve been!” Petrina exclaimed. “You’d be in big trouble.”

“Why?” Mario asked, his little mouth turning down. “I didn’t do anything bad.”

Petrina sighed mightily, sitting beside him. “Do you know how many subways I took to get here, even though I had to study? Do you know how hot the subways are at this hour?”

For the first time, Mario seemed apprehensive. “I can’t go on the subway,” he said. “I still feel sick.”

“Too many sweets!” Petrina exclaimed.

But Mario looked so woeful at the thought of the subway that Petrina said, “I’ll call home and tell them I took you for a walk. A walk is a good idea; it will make you feel better.”

Mario tilted his small face up to her and said in a soft voice, “Thanks, Sis.” He leaned toward her and she bent down for his sticky kiss on her cheek.

“Rotten little charmer,” she replied. “Come on, the boardwalk is this way, and the sea air will do you good. Take some little breaths like this . . .” She showed him how her dance teacher had taught her to carefully breathe, and Mario dutifully imitated it.

When some color came back to his face, they stood up, and he put his small hand in hers. She called home, then found a fountain and got him a drink of water. They went along the boardwalk, past sandy beaches. It was the only part of this place she liked.

The sea seemed to offer limitless possibilities, in contrast to the relentless crowds and noise of this gritty side of town.

It must have been nearly two o’clock when Mario said, “I’m better now.”

They were walking down Fifteenth Street when Mario suddenly announced, “I have to go to the bathroom.”

“For heaven’s sake, Mario,” she said in exasperation. Why couldn’t he have said so when they were closer to the rides? Now they were beyond the public washrooms, and even if they went back, she certainly wouldn’t let him go into the men’s alone. She hated the ladies’ rooms, too; they were all grubby. Petrina, with her long, fine bones and heightened sensitivity, couldn’t help having a natural delicacy; her brothers called her la principessa sul pisello: the princess who could feel even a pea under her mattress.

She glanced about searchingly. She spotted a seafood restaurant with ornately curved windows and its name spelled out on a grand awning, Nuova Villa Tammaro. She’d never been inside; it looked like a serious, sit-down place that might have nice bathrooms, but perhaps it wasn’t a spot where you’d bring children.

However, at this hour the lunch service would be nearly ended, so maybe they’d take kindly to a well-behaved little boy needing their washroom while she had a cup of coffee. She wiped his face with her handkerchief.

Petrina pushed the front door open and peered into the fancy dining room. Indeed the tables were empty, except for just one, where a fat man sat with other men in suits, playing cards with the tense concentration of betting men and looking supremely sated after their lunch. One of them stood up now. He was thin and wiry and the most elegantly dressed, but his face was a bit pockmarked, and there was something odd about one of his eyes. He left the table and headed for the men’s room.

A woman in a long white apron came out of the kitchen door at the back, spied Petrina and Mario immediately, and hurried over to shoo them out.

“Get on, for your own good,” the woman whispered in a low, warning voice, closing the door firmly. Petrina knew that men who played cards so seriously could indeed be ill tempered if intruded upon. So she stood on the sidewalk wondering if she should search for an empty bottle for Mario to pee in, or just let him do it against that wall in a shady alleyway.

“Come on,” she said to him, watching uneasily as a car pulled up to the far curb and dislodged more well-dressed men heading determinedly for the restaurant.

Petrina and Mario retreated into the alleyway. But while she was still searching for a spot where Mario could clandestinely go, the sleepy afternoon hum was shattered by a sudden, shockingly brutal sound that came from inside the restaurant.

Rat-tat-tat—tat-tat! Petrina grabbed Mario and flung him, then herself, on the ground against the wall. She hugged Mario beneath her and kept her head down. They heard somebody scream, and then the front door of the restaurant was banged open.

Petrina raised her head cautiously for a quick look. She wasn’t sure how many men came barreling out, but it struck her that now they all had their hats pulled down low to hide their faces. They moved quickly into the waiting car and sped off.

Still holding tightly to Mario, Petrina prayed that no more gunmen would come out. She waited. From a nearby garage, another car, which looked more like a tank, slowly pulled up to the restaurant’s curb. Petrina held her breath, but the driver just waited there. She would later read in the newspapers that this car was made of armored steel, and its windows were of inch-thick plate glass; but it was of no use to its owner—Joe “the Boss” Masseria—who had just been murdered here with five bullets, while his driver had gone off to fetch the auto.

When Petrina heard police sirens wailing, this galvanized her into action. She stood up quickly and yanked Mario by the arm.

Mario understood her tone of voice more than the situation, and he obeyed her without a peep, but his little legs could hardly keep up with her long stride. At one point, Petrina was so frightened that she simply picked him up and slung him under her arm.

It wasn’t until they reached the subway that she saw that he’d wet his pants.

“Oh, Mario, poor baby!” she said, and she tied her sweater around his hips. “Come on, we’ve got to get you home, quickly, quickly!” 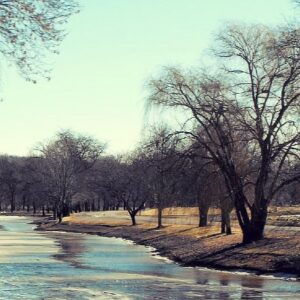 For Lack of an Ending: How the 1970 Death of a Young Iowa Woman Became a Generations-Spanning Search for Truth “[Humans] cannot tolerate not knowing the cause of things that effect our lives.” —Lewis Wolpert, British developmental...
© LitHub
Back to top