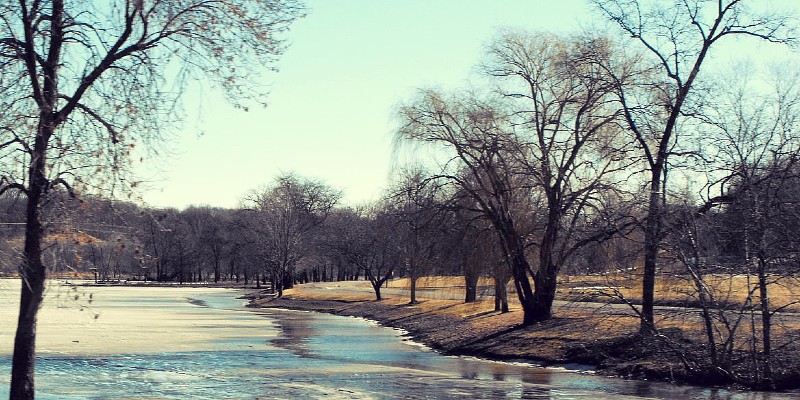 Katherine Dykstra first learned about the death of 18-year-old Paula Oberbroeckling from her mother-in-law. The case file would come to consume her, but why?

“[Humans] cannot tolerate not knowing the cause of things that effect our lives.”

In November of 1970, a pair of young brothers discovered 18-year-old Paula Oberbroeckling’s body just beyond the mouth of a culvert adjacent the Cedar River in Cedar Rapids, Iowa. It’s been more than 50 years, and her homicide has never been solved. 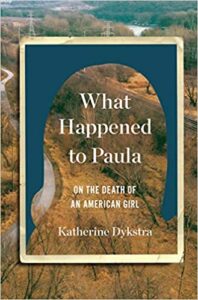 The first time I read through Paula’s investigation file, I—balanced on a too-small chair in a subterranean Brooklyn coffee shop—unintentionally engaged in a sort of biased digestion of the material. Specifically, I was doing all I could to force each clue I encountered into supporting my own hypothesis about how Paula had died.

The two things I knew about Paula’s death when I opened the case file were that she was likely pregnant when she went missing and that there were rumors of a chiropractor in Cedar Rapids who had been performing illegal abortions in the basement of his wife’s hair salon. Paula died three years before Roe V Wade.

These two bits of information had formed the hook that lured me to Paula’s story. From my modern perspective, in 2014, with waiting periods, admitting privileges and travel times as the reigning buzzwords surrounding a women’s true access to her right to choose, I had the strong sense that the circumstances of Paula’s death were as relevant today as they had been on the day she died a half a century ago.

But as I read through the file—that first of so many times—I found just as many clues that led me away from the possibility that Paula had gone for an abortion on the night she disappeared as that led me toward it. Over the weeks and months that followed, I began to pull apart other leads, examine other suspects. I found I lost whole days knee deep in the case file and witness statements, in the archives of the Cedar Rapids Gazette. I’d track and follow an address, the make of a car, a name uttered once. But each time I’d arrive at a dead end, a fact that refused to fit with the scenario I’d built, leaving me groundless and frustrated. Something had happened to Paula. But what?

My mother-in-law, the fiction writer Susan Taylor Chehak, was the person who introduced me to Paula’s case. Susan had done a decade’s worth of research and work with the goal of solving Paula’s homicide. Though she had theories, Susan had never been able to put together a scenario that didn’t have at least one confounding hole. Without a killer, she told me, the gatekeepers to whom she pitched Paula’s story all posed the same question: Who cares? Who cares about a 50-year-old homicide? Who cares about a crime with no culprit? Who cares about a girl that nobody had known and nobody knew now?

The lack of an ending was a problem. All stories depend on their conclusions, but true crime is uniquely built for its finish. The reader amasses clues as she turns pages slotting them into the timeline—action, reaction—until Rube Goldberg-like, the marble pops out the other side in the form of our culprit. Ta-da!

There is a scientific reason that people enjoy solving mysteries. It’s the same reason we like stories at all. As humans, we have an innate need to understand events as being part of a larger narrative. We want life to be causal. We want to be able to use action to predict reaction. We want this because we need to believe that the events of our lives are not random. For if our experiences follow logic and reason—if, then; cause, effect; a, b, c—then we just might be able to control them. The truth—that life is chaos and most events are unexplainable—is so discomfiting that sometimes, when cause and effect aren’t clear, where there is no ready explanation for an event, we will (unconsciously) invent one. This is called narrative fallacy.

Narrative fallacy was what I was (unconsciously) engaging in during that first foray into Paula’s case. It made sense to me that a young single pregnant girl with little support might be desperate enough to put her life in the hands of a seedy chiropractor, so much so that I was able to look over the things that didn’t fit, such as the fact that Paula left in the middle of the night in a babydoll dress and no shoes. Not the type of clothing I could imagine miscarrying in. Or that there had been no phone in her house. How had she known when to leave? And there were other plausible scenarios (albeit with just as many holes).

If, like Susan, I was unable to solve Paula’s case, did that make her experience untellable? Is a story with no resolve even a story? Though perhaps the better question was, what is resolve?

One question I got frequently from early readers was: Why do you care about Paula? This question always threw me. For me, Paula’s story was inherently interesting. There were the provocative details surrounding her death—her potential pregnancy; that she had two boyfriends, one Black and one white; that her mother hadn’t approved of interracial dating so much so that Paula had moved out of her childhood home at 18. There were the strange specifics—that the white boyfriend had barged into her house in the wee hours on the night she disappeared to retrieve his “stereo tapes;” that the car she had been driving that night had broken down and she’d been spotted barefooted and with a merchant policeman who had stopped to assist her. There was the fact of her beauty and her blondeness, the stereotypical perfect dead girl, and yet no one had seemed to care that she had died—not the daily paper, who wrote a scant three stories after the discovery of her body, and not the police department, who stopped its investigation when there were still leads to follow. Her story was interesting!

But I began to realize that what these readers were asking of me was the inverse of the question Susan had gotten repeatedly. Who cares? And maybe there was the key. This young girl, barely a woman, had been killed and left at the side of the road like so much garbage and then, after a few months of investigating, the police moved on without so much as a word as to why. She was abandoned in death, just as she had been abandoned in life by all of the systems that should have been in place to support her. So who cared? Well, I did. I cared. Perhaps my interest was enough to fill the holes in Paula’s story, to resolve it in a way. Not in the traditional sense with a killer, but in the meaning-making sense. Maybe my B story line, my perspective on the importance of the inquest itself, could help make sense of her A line.

Katherine Dykstra is a writer, editor, and teacher. Her essays have been published in the Washington Post, Poets & Writers, and Real Simple, among other periodicals. She lives with her husband and two children in New Jersey. 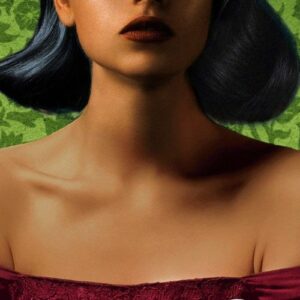 The CrimeReads editors pick the month’s best new books out in paperback.  * S.A. Cosby, Blacktop Wasteland (Flatiron) "A...
© LitHub
Back to top