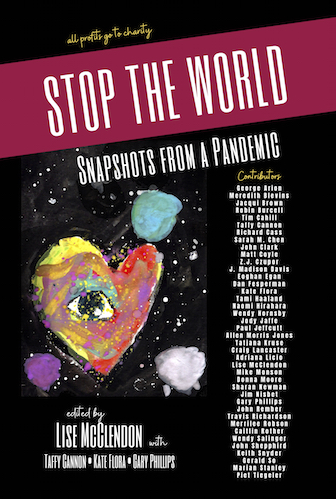 The following is an exclusive excerpt from "The Loft," by George Arion and translated from Romanian by Mihnea Arion. This short story appears in the collection Stop the World: Snapshots from a Pandemic, edited by Lisa McClendon and out from Thalia Press.

For two months now I’ve been living as if under house arrest, for fear of the new Coronavirus, strictly observing the rules imposed by the authorities.

“STAY HOME!” has been this year’s motto – you do otherwise, you show them the money. Lots of it.

I only go out between 11AM and 1PM, when people over sixty-five are allowed to purchase the groceries in shops close to their home.

Of course, every time I go out, I am required to carry a pass on me which specifies why I’m going out. I also wear a mask and gloves to protect myself from the villainous virus whenever I put my hands on things which others have touched.

Things are still alright, shelves full, just like normal times. I don’t even dare imagine the potential chaos with nothing to put on the table.

But I’ve had it with the contradictory news on TV, the fights between politicians more concerned with inflating their own popularity than finding solutions to the crisis, the constant reruns on networks which can’t afford to buy new movies.

Nobody’s allowed to come and visit and I’m not in the mood to meet some potentially contaminated individual anyway. I’ve even stopped going to my shrink so, naturally, I’ve blasted through my stockpile of prescription pills.

The panic attacks have become more frequent as well.

I’ve become a creature unable to recognize its own home anymore.

Recently, however, I’ve found myself a pastime that should do away with the monotony of isolation.

I’ve started spying on a woman.

She lives in a loft in the apartment building opposite mine. Her window’s always open, even at night, with a chill wind blowing. I watch her conscientiously, so I know when she leaves the house and comes back, when she goes to sleep or wakes up in the morning – but I’ve never seen her face. Indeed, from the lookout where I watch over the bustling street or contemplate what sort of life pigeons lead on rooftops I can only see her legs, below the knees. Through the narrow window of her loft I also glimpse a bed, an armchair where she sometimes rests with her legs crossed, a coffee table and a carpet.

The woman leads a secluded life. I’ve never seen anyone else in her loft.

How is she holding up, I wonder?

Every so often, tunes by Bach, Beethoven and others flow outside from her window. She listens to them on an old phonograph with the volume cranked up.

I must admit, I find her intriguing. So, for some time now, whenever I see her put on her shoes – she wears slippers indoors, I think they must be very comfy – I lean outside way over the windowsill to see her walk out.

But every time I look there’s either nobody coming out, or, if a woman does come out, her legs aren’t the ones I like to contemplate – marvelous, unmistakable, slim ankles, muscles that seem to effortlessly move and slice through the air.

I then tell myself she must’ve changed her mind and decided she doesn’t want to go out anymore. I glance at the room across the street – there’s nobody there. I stalk the entrance again – there’s no woman there to catch my eye. And yet, in the evening, I see light through her window but have no idea when she’s come back.

My headaches are getting worse. My temples are throbbing like mad. My vision is often clouded. I have vertigo and one morning I almost slip in the bathroom. I manage to regain my balance, but I still end up with a nice bruise.

I can’t stand it anymore!

Finally, the quarantine is over. Now I can pay her a visit and meet her. I’m going to ring her bell, ready to fire a random excuse.

Of course, I could have predicted that the elevator would be out of order today, but it’s not the end of the world to climb up to the fifth floor. However, the climb triggers my vertigo. I lean on a wall for a few moments to catch my breath.

I’m at her door. I hesitate. I want to ring the bell, but the door’s ajar. I push it and step in a small hallway. A wave of fever washes over me. I struggle to keep my increasing anxiety under control.

On a coat rack I see neatly arranged clothes. I take a few steps on a tiny carpet and end up in front of another door. This one’s ajar as well. I push it firmly.

My heart’s about to burst.

My nerves are strained to the limit.

I’m about to faint.

For a second, I close my eyes to compose myself.

When I open them again I freeze: inside the room there’s a pair of legs walking around. Long, lovely, with fine ankles – but no body.

George Arion is a Romanian crime writer, poet, essayist, librettist, screenwriter, lyricist and journalist. He is the Chairman of the Flacăra Publications, the “Flacăra Prizes” Foundation, and the Romanian Crime Writers’ Club. His first novel, Attack in the Library (1983), is often said to have sparked the renewal of Romanian crime fiction by raising literary standards and breaking away from the propaganda-filled novels considered acceptable to the brutal regime of Nicolae Ceauşescu, which ended in 1989. His novels’ recurring detective, Andrei Mladin, is very popular in Romania. Arion’s work has in recent years been published in the U.K and France. He has won the Romanian Writers’ Union award three times. The translator of this story, Mihnea Arion, is his son.

Excerpted from “The Loft,” by George Arion, translated from Romanian by Mihnea Arion, which appears in the collection Stop the World: Snapshots from a Pandemic, edited by Lisa McClendon. Used with Used with the permission of the publisher, Thalia Press. Copyright © 2020 by George Arion.

Small Town Mysteries From the US, Canada and Australia 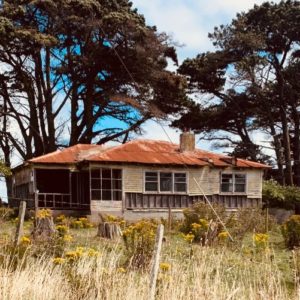 Small Town Mysteries From the US, Canada and Australia Growing up in the small river town of Launceston, Tasmania, I was fascinated by how the murkiest of secrets often became...
© LitHub
Back to top