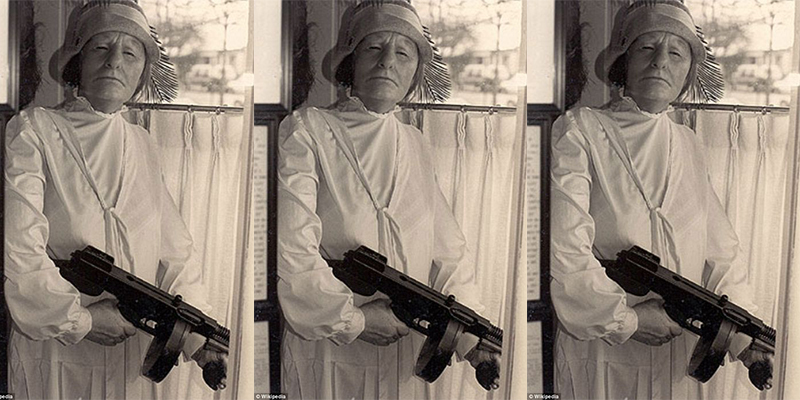 Nobody suspects a little old lady...

I first started writing creatively in around 2012. It wasn’t until 2017 I discovered a writing initiative which got my pulse racing. It was a horror anthology. The floodgates opened. Every day a new story. I wrote twenty-one short stories but where did they all come from?

I traced it back to my wonderful grandmother and my school holiday exile. I was sent to stay with her in Manchester, where life was pure Coronation Street without so many deaths. My entertainment came not from being dragged all over the place to visit endless relatives—all very lovely of course—but from reading her horror anthologies and her James Bond collection. (Interestingly, on the other side of the family, Bond is a family name.) My splurge of horror writing clearly came from a long suppressed childhood desire to write.

One story was published in the anthology Twisted Fifty Volume 2 but I didn’t want to waste the others. I engaged the editor of the compendium to help me and she selected forty stories, including some written in my first days on Google+, for my volume The Shockalot Box. Her immediate reaction was, ‘Yay for elderly killers!’

They say you write what you know. I honestly have never killed anyone, but hell yes, I’ve imagined doing it. And clearly, subconsciously I was addressing another imbalance in our society. Why are crime stories and thrillers overwhelmingly about younger people? Why are detectives still usually male or devastatingly young women managing to solve the crime and defeat the enemy dressed in stilettos and tight dresses?

I am beginning to notice that advertising generally is beginning to reflect the older woman—although I cringed a little when I saw the trailer for Ocean’s Eight. Yes, they were all mature women, but honestly, how many forty-plus women look like that?

It reaffirmed my commitment to write about real women when I wrote my forthcoming book Sinister Sisterhood. My women get old, fat, thin, grey, wrinkled and malicious. And they can still strip down cars, steal money, hack computers, infiltrate illicit trading of endangered animal parts and bump off trophy hunters—all without wearing stilettos or makeup.

My women get old, fat, thin, grey, wrinkled and malicious. And they can still strip down cars, steal money, hack computers, infiltrate illicit trading of endangered animal parts and bump off trophy hunters—all without wearing stilettos or makeup.

To be fair, Britain has always feted elderly detectives, with a few notable female ones too. Who can forget the analytical skills of Miss Marple? (Yay for Janes too!) And Jessica Fletcher (who us Brits will always think of as one of ours). More recently we have our Vera. A slow methodical always on the verge of retirement—but never quite getting there—detective. And she likes the bottle a little too much. That’s more like it. But they are the crime fighters, not the criminals. What about older criminals?

I did a little research into the most notorious killers in the UK and the US. Both had a few killers in their fifties. The UK had Christie and Shipman—both mid-fifties—and the US had Ted Kaczynski, Andrew Kehoe and John Wayne Gacy. Again all over fifty. But fifty isn’t exactly very old. And where were the women?

From what I could find out, almost all the notorious female killers were under fifty too. I had to go to Japan in the 1940s to find Miyuki Ishikawa, the killer midwife. And infanticide seems to be a common theme amongst the ladies. Ma Barker was sixty-one—but some say she wasn’t the criminal J Edgar Hoover said she was.

Of course, I remembered the Hatton Garden safe deposit burglary. Brian Reader was 76. That’s definitely more like it and it has now been represented in both television and film.

But what about older criminals in literature?

My professional career left a gaping great thirty-year hole in my reading life (I know, I’m working on it) but I did ask around my writer friends. And not one came up with the name of an older criminal. I remembered Hannibal Lecter. But he hadn’t reached fifty by the time he was incarcerated. And there were the delightful aunts in Arsenic and Old Lace—but that was a play, not a book. So I ploughed through The Daily Telegraph’s list of the top twenty crime novels of all time. And guess what? Eureka! There is at least one in there, but to tell you more would be tantamount to a spoiler. Sorry.

I don’t regard myself as elderly, my mental age is still seventeen, but I will be one day. And I’ve had years of experience—albeit not in writing or criminology. Why shouldn’t older people be regarded as killers and criminals? They may not be as fit or athletic as the twenty-somethings, but by God, they’ve got brains, know-how maturity and very often, money. We are hearing increasingly sad news about COVID-19—which is particularly deadly for our older population. I certainly don’t want to make light of a terrible situation but many elderly people are recovering from it. What could they get up to under cover of curfews and lockdowns? Maybe they’ve been conned out of savings or houses by spammers, fraudsters—even their relatives. How about a little revenge? Those kids that shoot up outside, the man who doesn’t clear up after his dog…There may not be that much to lose and plenty to gain. Would getting caught be so bad? They’d have a nice safe billet in a prison somewhere with three meals a day and possibly an option of doing a degree. As a consequence, it’s not so bad. David Walliams was on to something with a title like Gangsta Granny. But why should the kids have all the fun?

I think what I’ve discovered is a very interesting gap in the market. My editor spotted it before I did. Think of the opportunities! Imagine, even the real-life unsolved crimes that may have happened because nobody suspected the little old lady. 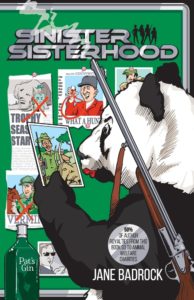 Jane was obsessed with horror, adventure, and humorous literature from an early age thanks mainly to her grandmother’s book collection. Inspired into mass murder for the Create 50 book Twisted 50 Volume 2, her story "The Violin Case" was selected for publication. She has since brought out her own volume of little horrors, The Shockalot Box. Her latest book is Sinister Sisterhood. 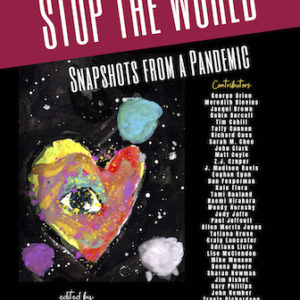 I'm going nuts! For two months now I've been living as if under house arrest, for fear of the new Coronavirus, strictly...
© LitHub
Back to top