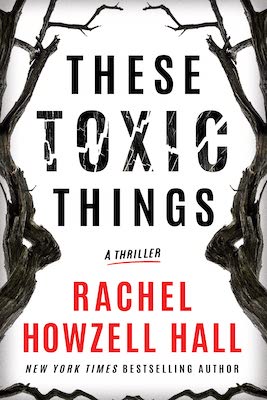 The following is an exclusive excerpt from These Toxic Things, by Rachel Howzell Hall. Mickie Lambert is good at her job, making special "digital scrapbooks" cataloging beloved possessions of people who have passed away. But after an elderly shopkeeper dies of a suicide and Nadia begins going through her prized possessions, it becomes clear that someone else wants them too. And it's not long before she is brought into the presence of a serial killer.

A Place for Children

At that time of night, there was peace. No burbles from the water cooler. No ringing telephones or whooshing copiers. Just her hands scratching against paper envelopes. Just her sweet soprano harmonizing with Ariana Grande’s.

At twenty-three years old, and the most junior on the team, Allison Cagle stuffed envelopes as part of her job. Didn’t matter that she didn’t have a car. Didn’t matter that Jessica, her work best friend and regular ride home, had just called three minutes ago—little Conner had a fever and Jessica needed to drive him to the emergency room. (Watch your back! Don’t wanna stress out over you two!) Didn’t matter that Allison had no idea how the hell she was getting home now. None of that mattered because the annual awards luncheon was tomorrow afternoon and three hundred envelopes—containing drink tickets, table numbers, and for fifty VIPs, parking validations—needed stuffing.

With smoky-blue eyes and a sleek SoulCycle body, Allison hadn’t anticipated this much office work. Filing, collating, and stuffing killed her manicure. She preferred driving around Ventura and Los Angeles Counties, picking up in-kind donations from stores and bakeries. The Lakers, once. She’d expected more wooing donors and taking minutes at important meetings as she brushed blonde tendrils from her heart- shaped face. Flirty work, all in the name of charity and for kids caught between the foster care system and juvenile detention.

“Not stuffing fucking envelopes alone in a building at ten o’clock at night,” she muttered as she pulled a can of pepper spray from her purse and slipped on her raincoat.

Busy in the afternoons, Cochran Street was now clear of all traffic. Streetlamps threw weak light on wet roads, wet sidewalks, and the leaves of the magnolia trees. Rain—the annoying, gnat-like kind—swirled around her. Way out here in Simi Valley, forty-one miles north of Los Angeles, the brush fires had nearly burned down the Ronald Reagan Presidential Library. The flames had leveled too much brush, and now the streets chugged with mud.

Allison tapped the Uber app on her phone. One car on the map. Ten minutes away.

She tapped “Confirm,” then turned back toward the sherbet-colored building.

A car horn tooted. The headlights of a gray Prius sped toward the curbside. The passenger-side window rolled down, and the driver shouted, “Are you Allie?”

This wasn’t the red Toyota Camry that was supposed to pick her up.

Gripping the can of pepper spray hidden in her pocket, Allison bent to peer into the car. “Do I know you?”

There was a US Army Special Forces patch on the front of the driver’s black mesh baseball cap. “Jess feels awful for flaking on you.”

Muscles tense, Allison blinked at the driver. In the rain, standing this far away, she couldn’t see the person clearly. Fair skin, the cap, and Elvis Costello eyeglass frames. Not the stereotypical Green Beret, with a square jaw and steely eyes.

The driver tapped their head, all Silly me. “Sorry. I’m Dale, Jessica’s cousin. She asked me to come pick you up since I live in this direction. It’s about to pour buckets, and she didn’t want you standing out here alone, waiting for a car.”

Allison remembered that Jessica’s cousin—Dale?—had been a deco- rated ranger. Smart. Christian. A hero. “She told me about you,” Allison said now. “Welcome home.”

Jellybean-size raindrops exploded from the sky. In the roar of rain, another car horn blared, this one from a white Ford F-150 driving from the opposite direction. Skinheads. Jessica had warned her. Watch your back!

The Ford slowed as the driver eyed her.

Allison had suffered through previous run-ins with stupid rednecks. At the mall, she’d made the mistake of wearing a Rihanna T-shirt, and those freaking white-trash losers had followed her to the Uber stop, lobbing “nigger lover” at her head. Sucked ’cause she didn’t even listen to Rihanna—the T-shirt had just looked so freaking cool at Urban Outfitters. Anyway, seeing a truck filled with loser-dudes probably high on meth on a stormy night made everything inside her diarrhea-loose.

The Ford U-turned and headed back their way.

Dale watched the truck’s reflection in the rearview mirror. “Friends of yours?”

“Then you need to make a decision. I’m not interested in meeting those guys. Are you?”

And so Allison decided.

It was warm in the Prius, and it smelled like cinnamon buns and coffee.

“You don’t mind dropping me?” Allison asked. “An Uber’s four minutes away.”

“Of course not. Cancel it.” As the Prius pulled away from the curb, Dale’s eyes flitted from the slippery road to the reflection of the Ford in the rearview mirror. “These assholes.”

The Ford’s horn honked again, and the truck sped up until its chrome grille was just a kiss from the hybrid’s rear bumper.

Dale swerved to the right.

Allison’s heart jolted in her chest, and she closed her eyes and grabbed the door handle.

The Ford veered around the Prius.

Yellow egg yolk mixed with the rain and slid down the Toyota’s windshield.

The truck sped east into the night.

Knuckles tight around the steering wheel, Dale exhaled. “I wanna say that I can’t believe those guys, but that wouldn’t be true.”

Dale increased the windshield wipers’ speed to clean the egg off the glass.

Her lungs flexible again, Allison took a deep breath, then found her phone in her purse. She opened her Messages app and texted Jessica.

TY for sending your cuz!

“How long have you worked with Jess?” Dale asked.

“About six months.” Now, in the car’s quiet—and with her pulse no longer thundering in her ears—Allison could focus. She tried to remember any conversation she’d had with Jessica about her cousin coming home. Sale at Topshop . . . the best acai bowl in the Valley . . . Ah! Dale was . . . was . . . shit.

Allison started to say, “For what?” but sensed that would be the wrong word choice. Instead, she said, “Yes—thanks so much for picking me up. You came in the nick of time.”

“You shouldn’t rely on other people to take you places. Because when you do, dangerous situations like this happen.”

“You’re totally right. I’m saving up for a car—” She cocked her head—Allison hadn’t told Dale her address, and yet they were now close to the Sage Creek Apartments off Yosemite Avenue. “You know where I live?”

An ice pick of fear drove through her head.

Dale tossed her a smile. “Jess told me—that’s how she knew that I could take you home. I live about a mile west of you, on Christine Avenue.”

“Ah. Makes sense.” Her insides burned. Good intentions or not,

A simple message from Jessica.

Really? When? Allison typed back.

Dale picking me up

Ellipses bubbled on the phone’s screen.

“The carnival at Mayfair Park last month,” Dale said. “You worked at one of the donation tables.”

According to Jessica, their boss had stationed Allison at the annual- giving table because she was pretty. Men gave more if pretty women asked them. And now, Allison could almost remember seeing Dale wearing the Rangers baseball cap and the glasses . . .

“Do you remember me?” Dale asked. “You told me to smile, that I was at a carnival and needed to relax.”

Allison’s phone buzzed. As she read Jessica’s response, the cloth seat beneath her warmed. Her bladder had released every liquid she’d drunk since dinnertime.

Desi is still in Iraq.

With a shaky hand, Allison brushed her nose, touching the emerald stud in her left nostril. Her sister Lauren had boosted the gem from one of those cart vendors in the Galleria. Emeralds were her birthstone, and this stud was the most expensive, precious thing she owned.

And now, she had another decision to make.

Pull the can of pepper spray from her coat pocket or text Jessica for help.

Dale grabbed the phone and tossed it out the driver’s-side window.

“Relax, Allie. Better me than the skinheads, right?”

Excerpted from THESE TOXIC THINGS. Copyright ©2021 By Rachel Howzell Hall. Reprinted with permission of Thomas & Mercer. All rights reserved.

The Best Reviewed Crime Books of the Month: August 2021 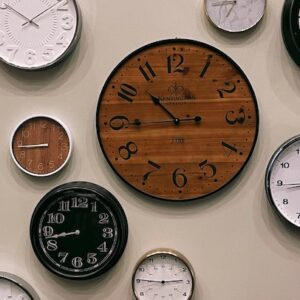 A Brief Look At Some Mystery Series In Which Sleuths Age Gracefully Series have been popular since the beginning of the mystery genre. Anyone remember Sherlock Holmes? Holmes was a professional,...
© LitHub
Back to top