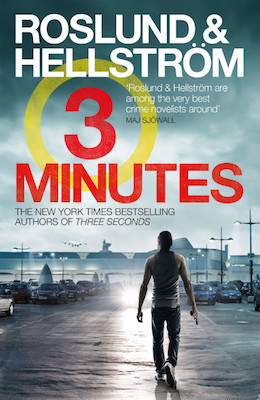 The following is an exclusive excerpt from Three Minutes, the latest novel by Anders Roslund and Börge Hellström. Former Swedish agent Piet Hoffmann now lives in Colombia under a new identity, hiding from the people he double-crossed. Working as a bodyguard for a Colombian drug cartel, and for the US DEA as an informant, he can only juggle these jobs for so long—and it’s not long before he's exposed, and the only person he can turn to for help is the very man he once betrayed.

The man lying next to me died two days ago. If I reach for him, stretch my hand as far as I can to the left, and touch his cheek, it’s as cold and still as what I think death might be from the inside.

The man lying on my right has been dead even longer. Almost from the start of our journey. One of the first, the oldest, who are always weakest. And the one below me, just below me in the second highest layer, had been breathing slowly and deeply until just a few hours ago, then that rhythm, which reminded me of the rocking of the ocean, ceased.

Other than a scratching sound on the far wall, as if something sharp were being dragged across a metal surface.

I want to shout, beg.

But I can’t spare the oxygen.

I still have hope – maybe I’m not the only one who hasn’t given up.

A white boat, typical of the archipelago, puffing smoke as it glided through the gentle waters of the Baltic Sea. Seagulls and terns trailing behind it, diving now and then into its foaming wake and flying off with their catch floundering in their beaks. This – a June morning with the sun warming his slightly wrinkled face – life didn’t get much better than this.

Ewert Grens was sitting on the same stone he sat on every Saturday morning.

A high and flat piece that time had carved and placed just right, which fitted a tall man, who was getting just a little older, perfectly.

His own seat close to the nursing home and what used to be her window. The one she stared out of day after day for almost thirty years at a life she couldn’t take part in. Their shared life. Now someone else was living in her room, and he didn’t even know who.

He jumped slightly. That voice? The past.

‘One moment, Superintendent, I’ll come to you.’

Her name was Susann, and long ago she’d been the carer who looked after Anni. Later she became a doctor and a geriatric specialist. Now she was exiting the hospital’s new entrance, approaching him with long and energetic strides, until she stopped in front of him, obscuring his view. ‘The last time we talked you’d been sitting outside her window for twelve Saturday mornings in a row. I decided to let you be. But it’s been. . . could it be four years? And you’re still sitting here.’ ‘I’ve stood up now and then.’

‘Do you remember what I told you last time? That you were hurting yourself. That you were making time for your grief, living for it, rather than with it. What you’re frightened of has already happened.’

Ewert Grens did what he always did – glanced towards the window of a room where the lights were on. Anni would never have been awake this early. She liked to sleep late.

‘What I said, Superintendent, was that I didn’t want to see you here again.’

He stood up from his stone chair.

‘And I know you meant well when you said that.’ And smiled.

‘But I’ll keep sitting here. Every Saturday at dawn for the next four years.’

He left the young woman, who was so much wiser than he ever had been or would be, headed to his car, which stood alone in the small visitors’ parking lot, and turned just before opening his door.

‘Because it’s the only thing that keeps me sane.’ He shouted to her.

She looked at him, one hand on the steps that led up to the main entrance of the hospital, seemingly considering what to say. Then after a slight, but unmistakable, nod, she went back inside.

Grens drove across a still sleepy Lidingö, an island close to Stockholm, and reached the bridge where he always pulled over for one last long look at those glittering waters. He’d just lowered his window and been met by a lazy gust of wind when a call crackled out of the two-way radio on his dashboard.

Wilson, his boss, who should know better than to disturb him right now.

He let him shout. This was a private moment.

‘Ewert, I tried to call you, but your phone is off. If you hear this, contact me. We just received an emergency call that I think you should check out.’

To the right of the radio stood a tape deck: one he’d spent weeks looking for after its predecessor had decided to play its final note. The market wasn’t exactly flooded with tape decks these days; some shop assistants weren’t even sure what they were. A scrap dealer just outside Strängnäs was his salvation. Two songs. That was how long he planned to sit here. That was how long he always sat here. Emergency or no.

The tears I cried for you could fill an ocean

Siw Malmkvist. A mixed tape of her repertoire. First her Swedish version of ‘Everybody’s Somebody’s Fool’, his all-time favourite, then ‘Today’s Teardrops’, a forgotten gem.

Her beautiful voice, singing in the sixties, calmed him, and the lyrics too, which the people in his life laughed at, but didn’t listen to, the nonsensical rhymes he no longer heard, just leaned on.

Siw Malmkvist was done singing. His break on the bridge, and his morning on the stone in what had once been Anni’s world had all given him the strength to make it through another day, another week.

So he picked up. ‘Grens here.’

‘Ewert, where the hell have you—’ ‘Like I said, Grens here.’

Erik Wilson fell silent, Grens could hear him clearing his throat, as if trying to collect himself, to change his tone.

‘Ewert, I want you to head to Söder Hospital immediately. No need to stop by the station. Just go straight to their morgue.’

Grens had left Lidingö Bridge and was now driving on the Northern Link, it was much easier to circle around the inner city than to drive through it.

‘The mortuary technician found a corpse there about half an hour ago. A dead male.’

‘Sounds reasonable enough. That’s why they’re there. Death, I mean.

‘She has one dead man too many.’ ‘No riddles, Wilson.’

‘One corpse too many.’ ‘Still not following.’

‘When the mortuary technician arrived shortly after six this morning and made her first visit to cold storage she had a feeling like something was off. On her second visit this feeling continued to grow, so she counted the corpses. There were seventeen in cold storage when she went home yesterday. Five more had died in the hospital in the interim. There should have been twenty-two bodies.’

‘Twenty-three. Twenty-three bodies, no matter how many times she counts them.’

Detective Superintendent Grens pulled his car into the access lane, sped up.

‘One of those bodies shouldn’t be there, Ewert. There’s a corpse with no paper trail, no registration. A dead man with no identification, no history. He doesn’t exist.’

‘One of those bodies shouldn’t be there, Ewert. There’s a corpse with no paper trail, no registration. A dead man with no identification, no history. He doesn’t exist.’

If I inhale slowly, keep it in as long as I can, then let it out bit by bit, it might last longer.

I estimate we’ve been lying like this for three, four, maybe even five days. I can’t say for sure. Everything around me is blackness, the little hole where they looked in on us at the beginning has disappeared, and seconds have turned to hours have turned to days – morning, night, the darkness is the same.

It’s been a long time since I’ve sensed any movement.

The last time was surely when the container we lie in was lifted up, for a moment it seemed to float in the air, hanging there, swinging back and forth, then it fell to the ground with a heavy thud, damped by the layers of bodies beneath me.

An enormous coffin being thrown into its final resting place, that’s what it felt like. 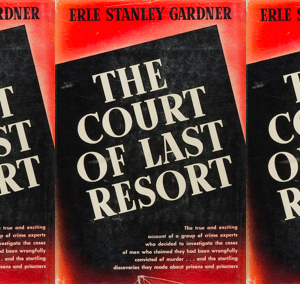