Experience Jazz Age grit and glamor with these brassy mysteries.

Prohibition was called “The Noble Experiment,” and, boy, that did that experiment go awry. Almost before the ink was dry on the 18th Amendment to the United States Constitution, which prohibited the “manufacture, sale, or transportation of intoxicating liquors,” people were finding ways to circumvent it. Enter a society of secret nightclubs and speakeasies, the manufacturing of bootleg liquor on large and small scales, and a marked uptick in organized crime.

I’m not sure what first drew me to the time period, but I suspect it had something to do with my love of old movies. A classic film buff from a young age, I watched countless gangster films as a teenager, and, though I’ve always been pretty straight-laced myself, I was fascinated by the law flaunting, which was often frivolous but sometimes deadly. Ever since my high school days, I’ve enjoyed reading about this larger-than-life period in American history. So when I began to write my newest Amory Ames mystery, which is set in New York at the tail end of Prohibition, I knew I needed to add some Jazz Age flair to the story. In the course of the novel, Amory and her husband, Milo, visit speakeasies, encounter gangsters, and try to solve a murder that may or may not be linked to bootlegging.

They didn’t call it the Roaring Twenties for nothing, and this era provides plenty of fodder for writers. Amidst the levity and lawlessness, there are countless stories to be told, both real and imagined. Here are a few of my favorite books that take a look at crime in the age of Prohibition. 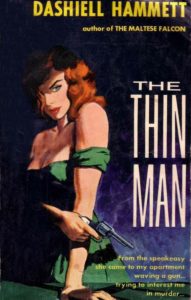 The Thin Man by Dashiell Hammett

A list of my favorite Prohibition-era novels wouldn’t be complete without this classic of crime fiction, which was first published in serial form in December of 1933, the same month Prohibition ended. Set a year earlier, in 1932, the story follows Nick and Nora Charles, a former private detective and his socialite wife, as they get pulled into a murder mystery by one of Nick’s former clients. Nick finds that investigations are different with a wife in tow, but the two of them make an excellent team and still have time for plenty of illegal cocktails along the way.

Nick and Nora are one of the original married couple/crime-solving teams, and they set the standard for the romantic detective duos that came after them. Nick’s somewhat hard boiled past sometimes clashes with Nora’s more sophisticated style, but that only makes their zippy dialogue more enjoyable. The film versions of their escapades, starring William Powell and Myrna Loy, were staples of my childhood. 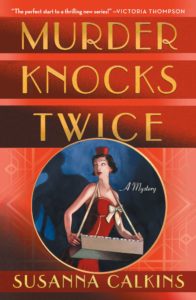 In this delightful 1929-set mystery, Gina Ricci takes a job as a cigarette girl at a glamorous Chicago speakeasy called The Third Door. Things aren’t all Lucky Strikes, gin, and jazz, however, because Gina soon gets pulled into a murder investigation when a photographer, who may have snapped something he wasn’t meant to see, is killed. There are plenty of suspicious characters to go around as Gina begins to investigate while trying to keep from becoming the next victim.

This book does an amazing job of evoking Roaring Twenties Chicago in all its glitzy and gruesome glory. Period details are seamlessly interwoven into the story, and reading it feels like stepping back in time. 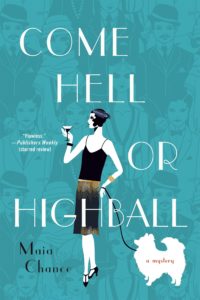 Widowed but not exactly crying into her handkerchief about it, Lola Woodby is expecting to live a life of ease thanks to her not-so-dearly departed husband’s fortune. Unfortunately, it turns out she’s inherited debt instead. Needing to make some money fast, Lola and her Swedish cook, Berta, agree to take a job retrieving a reel of film. But when the film disappears and a man is murdered, they realize that things aren’t going to be as easy as they had hoped.

Lola is a delightful narrator, and this book offers both a high time and plenty of hijinks as she and Berta try—not always successfully—to say out of trouble while bringing a killer to justice. They make a great team, and this book is a frolicking good time. 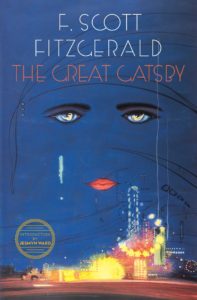 It might not be a crime novel by the strictest definition, but Fitzgerald’s 1925 masterpiece still stands as a powerful illustration of the pitfalls of the Jazz Age. You already know the plot: narrator Nick Callaway is befriended by the mysterious and wealthy Jay Gatsby, who throws lavish parties at his Long Island home in an attempt to win back his lost love, Daisy. And yes, there is crime and murder, though, somehow, they aren’t really the focus of the story.

This book ranks high on my list of all-time favorites. There’s something so profoundly moving about the search for redemption and love butting up against decadence and despair. If you read it in high school and hated it, give it another try. The older I get, the more I appreciate it. 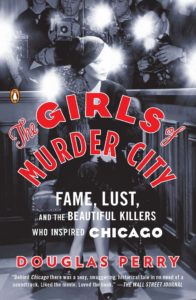 The Girls of Murder City: Fame, Lust, and the Beautiful Killers Who Inspired Chicago by Douglas Perry

It’s nonfiction, not a novel, but sometimes the truth is stranger than fiction. The Girls of Murder City looks at the Chicago murderesses who inspired reporter Maurine Watkins to write the play¯which later became the celebrated musical—Chicago. In a time when nice girls didn’t work the crime beat, Maurine Watkins found a way to beat the boys to the scoop and learned to spin a crime wave of female defendants into sensational news stories.

Fast-paced and fascinating, this book examines the stories of the women on Cook County’s infamous “Murderess Row” (women like Belva Gaertner and Beulah Annan, who would later be immortalized as Velma Kelly and Roxie Hart) and demonstrates how living the 1920s high life could also have deadly consequences.

The Poisoner’s Handbook: Murder and the Birth of Forensic Medicine in Jazz Age New York by Deborah Blum

Another nonfiction book with a fascinating narrative, The Poisoner’s Handbook chronicles the development of the forensic toxicology department in the New York City medical examiner’s office in the early decades of the Twentieth Century. With chapters broken down by the lethal elements that left a grim trail for early toxicologists to follow, Blum covers everything from murders by poison to accidental death by ingesting the wrong batch of bathtub gin made with toxic wood alcohol.

The story of how these early forensic pioneers fought budget deficits, wily criminals, government corruption, and bootleggers who would sell cheap but poisonous batches of bootleg liquor, is as much of an edge-of-your seat read as any thriller!

Ashley Weaver is the technical services coordinator at the Allen Parish Libraries in Oberlin, Louisiana. Weaver has worked in libraries since she was fourteen; she was a page and then a clerk before obtaining her MLIS from Louisiana State University. She is the author of five previous Amory Ames mysteries: Murder at the Brightwell, Death Wears a Mask, A Most Novel Revenge, The Essence of Malice, and An Act of Villainy. Her latest novel is A Dangerous Engagement.

Visiting The Hamptons (Through Crime Fiction) 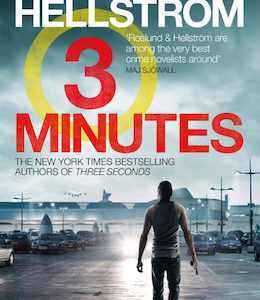 The man lying next to me died two days ago. If I reach for him, stretch my hand as far as I can to the left, and touch his cheek,...
© LitHub
Back to top