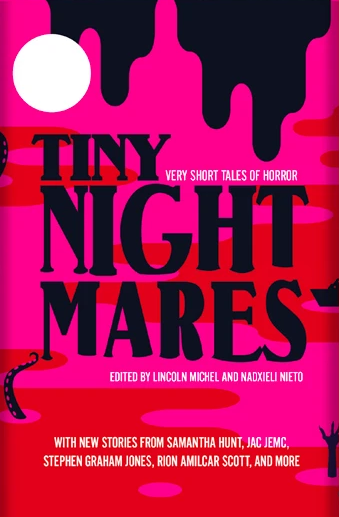 The following is an exclusive excerpt from "The Unhaunting" by Kevin Nguyen, from Tiny Nightmares: Very Short Tales of Horror,, edited by Lincoln Michel and Nadxieli Nieto.

After Priscilla died, Carson’s only hope was that he’d be haunted. She’d left this world suddenly—a heart attack, as if to spite her perfect health, as if the world were conspiring to make Carson tragically miserable.

Once she was in the ground, Carson waited alone in the bedroom they had shared for three and a half years. He wasn’t sure how Priscilla’s presence would manifest itself. Perhaps a movement in the dark, maybe a breeze that would rustle the sheets. Or an astral projection? Carson missed his beloved so much that he would’ve been satisfied with a cold shudder, the feeling that she had passed through him.

The first night, Carson lay awake, anxious, in the hope Priscilla would make an appearance. But each painful minute gave way to morning, and Carson was left feeling disappointed, even a bit angry. No matter. She would materialize on the second night, he thought. That turned out to be wishful thinking, as the days went on, a week passed, and Carson remained unhaunted. Where had Priscilla gone? What was Carson doing wrong? He decided to google it.

It turned out there were a great number of things that Carson could have been doing wrong. A subreddit about interactions with the afterlife, r/haunts, was full of tips and tricks and hacks, none of which were particularly consistent. One user recommended incense, another suggested candles (not lavender), but everyone agreed it helped to burn something. There were varying opinions on the effectiveness of incantations—some felt the words could be powerful forms of summoning, others found it useful just as a means of maintaining focus.

Still, Carson practiced the easiest of rituals. Lights always off, of course. Open windows, Reddit advised, allowed spirits to enter more easily. It was cold out, but Carson was more than happy to bundle up to heighten his odds. A YouTube tutorial also had a handful of ideas, like spreading dirt on the floor to make the room feel “more earthy.” Certain patterns for candles (not lavender!) should attract specters with more ease. Still, none of it worked. The internet was a crapshoot, really, but as one YouTube commentator put it, “Ghosts only emerge under specific spectral conditions that depend on them.” The problem wasn’t Carson, necessarily. It was Priscilla.

The feeling of cold, damp fingers; the musty scent of hair; an embrace of wet skin and jagged bone. Weeks went by, and Carson could only conjure these sensations in dreams.

After expressing his woes to a close friend, Carson was referred to a specialist. He would be expensive, the friend warned, but Carson had nothing left to lose. He’d lost everything already.

The initial phone call was strange. Carson felt it fair to ask about the man’s accreditations and background—shaman? witch doctor? exorcist?—but the response was a light scolding that those terms were outdated and lightly offensive. He was simply known as Derek, the guy who could get the ghosts. Still, Derek was able to detail his track re- cord. Carson’s case was not unusual—just particular. Every ghost was unique, after all.

Carson put down a significant deposit, and a couple hauntless nights later, Derek showed up at his front door. His appearance was different than Carson had expected, more normal. He came armed with a few Tupperware containers. Carson had imagined someone arriving with an otherworldly, mystical aura to them. This guy had the fastidious energy of a housecleaner.

In fact, the first thing Derek did was clean the dirt from the bedroom. What is this, he asked, a nursery? You hoping your dead wife sprouts from the ground? The phrasing forced Carson to hold back tears, and he immediately hated the man. Still, there was an efficiency to how he worked. Derek began rearranging the furniture.

Did Carson have more framed photos of his wife, he asked, which sent Carson to the other rooms of the house to pull pictures off the wall and present them to Derek, who then piled them on the bed in a rather disorderly fashion. Did Carson have more of his wife’s clothes, Derek wondered, and so Carson went to the closet and pulled out all of her dresses, shirts, pants, underwear even. Though it felt uncomfortable presenting his wife’s undergarments to a complete stranger, Derek appeared confident. All the clothes were dumped on the bed.

The secret, Derek explained, was quantity, volume. If you wanted to be haunted, you needed to bring as many signals into the room as possible. Ghosts, like in Priscilla’s case, couldn’t find their way. The afterlife was confusing, a labyrinth, lost souls learning how to navigate distant planes in order to return to this one, to ours. Yeah, okay, Carson said, impatiently. Listen, Derek went on, I’ve never had trouble finding a ghost that wanted to be found.

As night fell, Derek continued scanning the room. He checked the closets, opened drawers, flipped the light switch several times, all for reasons Carson couldn’t understand but had to trust were done with the confidence of experience and expertise. Derek had, after all, nearly a five-star rating on Yelp. He laid down a series of blankets, cast dried rose petals on the floor, set out an array of candles (NOT LAVENDER!!!!) of varying heights and widths throughout the room. Then he pulled out a large tome from one of his Tupperware bins—a massive, aged book—and flipped to a bookmarked page. He began chanting a phrase over and over. It wasn’t in English, but a language that Carson couldn’t make out. Maybe Portuguese. And as Derek repeated the incantation, the room began to shake. A wind blasted in through the windows. The candle flames seemed to grow, illuminating the room. Carson watched as Derek’s pupils turned white. Outside, the clouds began to swirl, opening a path for the moonlight to shine directly into the room. It’s finally happening, Carson thought. Priscilla, my love, we will be reunited soon.

But in the chaos, nothing emerged. Eventually the wind stopped blowing, the candle flames returned to nor- mal, and the clouds returned to concealing the moon. Derek had run out of breath and could chant no longer.

Wait, don’t stop, Carson pleaded. But Derek, whose eyes were back to normal, could only muster a head shake. He’d done everything he could, but Priscilla would not appear. Derek was excellent at his job, but no matter how good he was at summoning specters, it would always be impossible to call on a ghost who did not want to appear.

What did he mean, exactly, that Priscilla did not want to appear?

I dunno, man, Derek said. That seems like something between you and her.

Could it have been possible this whole time that it was no lack of skill or effort on Carson’s part, but the fact that Priscilla was not looking for him at all? How could that be true, that his beloved was not searching for him? Priscilla would never abandon him. Not like this. Not after he’d tried so hard to make it work. This was typical Priscilla— selfish, unkind. Carson had never been anything but supportive, even in the worst of times, and now, after death, she couldn’t muster the effort to haunt him once. Just once! He asked so little of her and yet—

Derek finished packing his things, but the man was still rambling. With his Tupperware tucked under his arms, it seemed best to Derek just to leave his disappointed client as he was.

He could hear the man going on and on still, even as Derek made his way downstairs, past the hallway full of empty spots where photos used to hang. Even outside, as he packed his belongings in the trunk of his old sedan, the angered sounds of the man could still be heard in the distance. Indignation, it seemed, traveled far.

As the house disappeared in Derek’s rearview, he wondered if the man understood what had happened to him. This man was reckoning with the fact that, now, he was truly alone. But the thing he still hadn’t comprehended was the lesson of it all: that it was likely his fault.

But whether this guy would understand that was not Derek’s concern. He had other clients, easier ones. People with ghosts who didn’t feel better off gone.

Tropical Cozy Is the Balm We Need for Trying Times 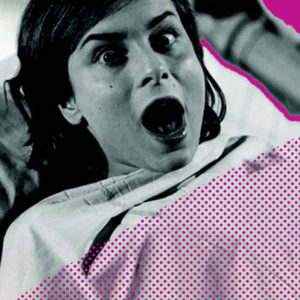 Which Scary Books Should You Pair With Scary Movies This Halloween Weekend? Halloween is on a Saturday, there’s a blue moon, and we get an extra hour of sleep the next morning thanks to daylight...
© LitHub
Back to top