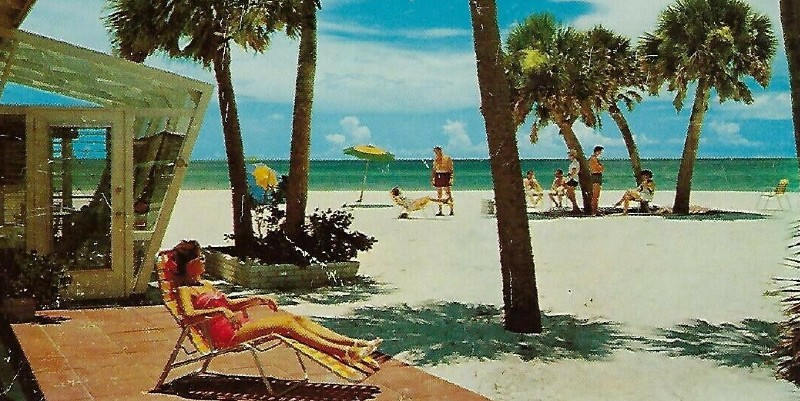 Tropical Cozy Is the Balm We Need for Trying Times

Lose yourself in a world of key lime pies, white sand beaches, and amateur sleuths. It's time to read some Florida Cozies.

Late summer: it’s the most disgusting time of year in Florida. The humidity is ever-present, gauzy and still. It’s no longer sultry. It’s annoying as hell and seemingly driving man and beast insane.

As I type in my home on Florida’s Gulf Coast, a python was found in a washing machine in Palm Beach, a naked man tried to vote in the primary in Tallahassee, and a guy in Miami jumped on the hood of semi barreling up I-95 while other motorists captured the inglorious incident on cell phone video. There is all manner and sorts of crime, corruption, and impropriety in this sunny and shady place, and that doesn’t even cover what the pandemic has wrought here in 2020.

However, I’m choosing to overlook my home state’s national punchline status and the thick, squishy warmth in the air. I’m turning to mysteries to save my sanity. I’m also a romance novelist, but lately, justice is my happy-ever-after. And while I do love the sharp, cynical hilarity of Carl Hiaasen and Tim Dorsey, and the grittiness of Alex Segura and Harry Crews, I’m in the mood for something softer during these trying times. Murder lite, but with characters and settings that still capture the quirky side of Florida.

I call these books “tropical cozy.” They’re crime fiction tales set in Florida, without the dangerous edge. There’s a drop of desperation and a murmur of malfeasance, but nothing as terrible as real life.

Many people think of quaint English hamlets and twee New England villages when they pick up a cozy mystery. Setting is supremely important in a cozy; it’s basically a character in these books. As Elizabeth Penney wrote, “cozy mysteries also depict the way life should be.”

I enjoy reading Florida-set cozies so I can imagine a less-dysfunctional tropical paradise. They don’t gloss over the difficulties—many address themes of environmental degradation, income inequality and gentrification—but portray those topics in a softer light. Sometimes too much reality is, well, too much.

So I pour a glass of iced tea and crank down the air conditioner. I get cozy with my dog on the sofa and become lost in the pages of a soothing mystery. These are the books I’ve been reading this summer to escape. 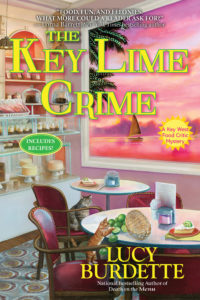 The Key Lime Crime by Lucy Burdette hits all of the satisfying high notes in a Key West-set story: drag queens, overworked service industry folks, cruise ship tourists and, of course, deliciously tart pies. The book’s initial kerfuffle between bakers takes place at a key lime pie competition, a scenario that’s entirely plausible in a place that’s as unique as The Conch Republic. It’s the tenth book in the Key West Food Critic Series. Regardless, you don’t need to have read the first nine to become absorbed in the book’s seamless mystery plot and its lovely, quirky characters. 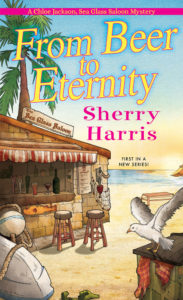 Another beach-set cozy is From Beer to Eternity by Sherry Harris. It’s set along the white sands of Florida’s Panhandle, with a Chicago transplant taking a temporary job at a beach bar. The children’s librarian turned waitress becomes embroiled in the murder investigation of a man who wears an armadillo shell on his head. This is the first in a new series. 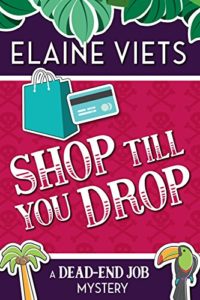 I couldn’t stop laughing while reading Shop Till You Drop by Elaine Viets. This book captures life in South Florida with a dead-end job. In this case, our heroine Helen flees a terrible relationship in St. Louis and takes a job at a high-end clothing store in Fort Lauderdale. She has to navigate endless discussions of plastic surgery, designer fashion and terrible men in order to solve a murder. This is the first in a multi-book series. 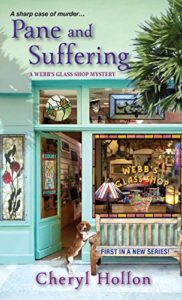 Pane and Suffering by Cheryl Hollon is a book after my own heart, because it’s set where I live, in St. Petersburg. The well-written story is infused with the city’s rich culture of glass art, and the heroine puzzles through clues left by her late father to solve two deaths. This is the first in the six-book Webb’s Glass Shop Mystery Series. 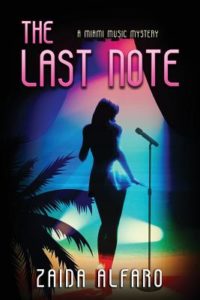 Often folks don’t think cozies can take place in cities, but The Last Note by Zaida Alfaro dashes that myth. This story is set in Miami, with heroine Vy working a day job as a legal assistant—but as a singer in a cover band at night. When a bar owner is murdered, Vy’s investigation leads to a fast-paced, funny adventure. 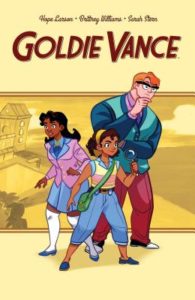 Goldie Vance by Hope Larson and Brittney Williams is for readers young and old. This is a graphic novel series about Goldie, a teen sleuth who has more pluck than Nancy Drew and lives in a way cooler setting. Goldie’s father manages a Florida resort and her mother swims at a mermaid-themed bar. Goldie solves crimes with a gentle and smart cast of characters, including her girlfriend who sells records and her best friend who wants to be an astronaut. There’s car racing, hand holding and lots of gentle sleuthing. There are several comics in this series.

Tara Lush is the author of LIVE AND LET GRIND, the third in the Coffee Lover’s Mystery series from Crooked Lane Books, that came out Oct. 11. A former Associated Press journalist, she lives on the Florida Gulf Coast with her husband and dog. 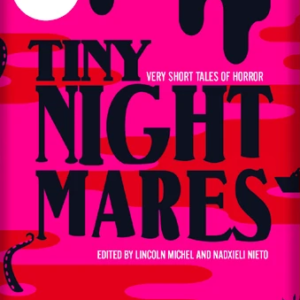 I. After Priscilla died, Carson’s only hope was that he’d be haunted. She’d left this world suddenly—a heart attack,...
© LitHub
Back to top