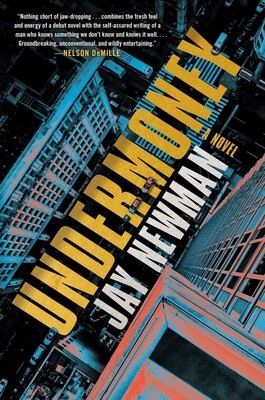 The following is an exclusive excerpt from Undermoney, by Jay Newman. In this fast-paced thriller, CIA operative and dark money expert Greta Webb and hedge fund tycoon Elias Vicker lead a scheme to take over the largest dark money fund in the world.

In a world of excess, nothing exceeded expectations like Elias Vicker’s Fire Rites of Beltane, the legendary stag party he held every year on the first Tuesday of May, just as spring buds were bursting into the brightness of just-opened leaves, lending midtown streets a transitory illusion of innocence. For years, the hedge fund centibillionaire, dubbed by Forbes New York’s richest man and by the New York Post its most odious clown, had taken over The Pierre Hotel on Fifth Avenue to cultivate a couple hundred carefully curated denizens of the hedge fund, finance, and political elite. To avoid an uproar, Vicker went to extraordinary lengths to make sure that the details of the party, as well as its guest list, remained closely guarded secrets. It was the perfect Elias Vicker event: no expense spared, perhaps defiant of the prevailing mood, but, really, just tone deaf. If someone took offense, Vicker seemed incapable of understanding why he should care. Nonetheless, grandees who should have known better showed up every year. Not simply to be part of the bacchanal, but, particularly after memories of the pandemic had faded, to be seen, to be chosen, to be part of the elect. They knew better, but, somehow, when the summons came, they couldn’t help themselves. Not being there seemed a greater risk.

The fifteen public rooms of the hotel had been transformed to make them feel like deep woods, part of a Celtic ritual, celebrating life, fertility, and the power—and danger—of fire. Hundreds of trees had been trucked in to cover every wall and ceiling. The rooms, the halls, even the elevators, felt like clear- ings in a dense forest. Embedded in the foliage were dozens of forest nymphs wearing nothing but body paint. Only their eyes moved. The whites of their scleras—in sharp contrast to the sylvan tones of the brown and green body paint that covered their skin—followed the flow of millionaires, billionaires, and covetous politicians, promising, posturing, and pandering.

Under the sure hand of his majordomo, Pete Stryker, Vicker quietly invited the finalists from international beauty pageants that consistently attracted the most alluring women on earth: Slovenian Beauties, Magyar Stars, Miss Teen Poland, Miss Ukraine, Caucausus Debs, Girls of the Russian Steppes. The girls were treated to two weeks of theater, fashion shows, ballet, educational programs, and dinners with men that Vicker sought to cultivate and compromise. Given that the girls were housed at a Times Square tourist hotel, packed five to a room, and given a measly five hundred dollars a day, they soon figured out that, if they wanted to eat at Le Bilboquet and shop at Bergdorf’s, they needed friends.

The hungry beauty queens roamed the hotel, scantily clad, each wearing a gold Cartier bracelet discreetly engraved with a number. Nothing spoken or required, and, well, there was not much to be said about what happened between consenting adults. The fantasy that Vicker created was so compel- ling that it was almost as if a fog had settled over them all, the minds of his guests clouded not so much by tequila as by a more toxic brew. The combination of otherwise unattainable beauty, proximity to Vicker’s enormous wealth and power, and a distorted sense of community with other aggressive men caused them to swat away any moral impulse. Succumbing to a collective delusion, his guests became willing to indulge the inexcusable, to thumb their noses at behavior that could easily immolate them on a pyre of public humiliation and well-deserved damnation.

Within that miasma, Pete worked the room, placing an arm around socially inhibited quant geniuses, whispering morsels of gossip in the ears of influential senators, and smoothing the feathers of hedge fund guys whom Vicker had pissed off. At every step, he introduced his sometimes charming, sometimes reticent boss casually, but purposefully. Senior bankers, political pundits, and erstwhile competitors were, none too subtly, encouraged to join forces with Elias Vicker rather than pick a fight. To a man, they knew full well that Vicker’s fund—Industrial Strategies—dwarfed the $500 billion sovereign wealth funds generally considered to be the lions of the money jungle. And he liked nothing better than to unleash the dogs of law on anyone who got in his way. In the face of Vicker’s legion of combative attorneys, only the very richest and most ruthless adversaries could hope for a fair fight.

“Senator Conway.” Pete sidled up to Senate Majority Leader Frank Con- way of Tennessee, a jowly potentate who ruled the center-right with an iron hand. “Do you have everything you need?”

Conway looked around as lissome elves slid through the crowd ferrying flutes of champagne and trays of blinis topped with Beluga caviar. “You’ve really stocked the pond this year, son,” Conway purred, in his soft drawl.

Pete registered the barest reaction. He prided himself on knowing what made people tick, particularly powerful men like Conway who required elaborate care and feeding. Considering the range of perversions that he made it his business to know, the majority leader was plain vanilla: stock tips, sweetheart real estate deals, and pretty girls. Pete handed the senator a key card for the Presidential Suite, more than five thousand square feet, comprising the entire thirty-ninth floor.

“You have the best room in the house.” Pete held out a small bag contain- ing numbered poker chips, each one matching the number on a bracelet. Conway gave Pete his famously lascivious grin. “It’s always fun matching the chip to the girl. But, listen up, Pete. Come see me real soon. We’ve got a real problem. Rachel can’t hold off those pinkos in her cabinet much longer. They want to tax you hedge fund boys out of existence, and they’re convinced they have the votes.”

There was no greater proof of the strides women had made over the decades than the fact that a reassuring nonentity like Rachel Bridges had ascended to the White House. Nothing in the energetic seventy-five-year-old’s biography said “first woman president.” She’d burned no bras, broken no barriers, shattered no glass ceilings. Her appeal was that, in a time of turmoil, she liked to keep things just as they were. Or as close to it as possible. She wore bright headbands and approached politics as if her main responsibility was to make sure everyone was comfortable and well-behaved. Even though she’d been in the Senate for more than forty years, no one had a clear idea what she stood for, and no one much minded. She was kind and calm. In the moment, that was what mattered. As the country hovered on the edge of chaos, culture war grievances regularly erupting into spasms of violence and lunacy, she projected the comforting illusion that there were no differences that couldn’t be resolved with a gin and tonic and a handwritten thank-you note. The right didn’t completely hate her. The left viewed her with suspicion, obsessively parsing her every word and gesture for proof she was about to sell them out. The millions in the middle clung to the anxious hope that she could keep things from spinning out of control. It seemed like the best that anyone could hope for. 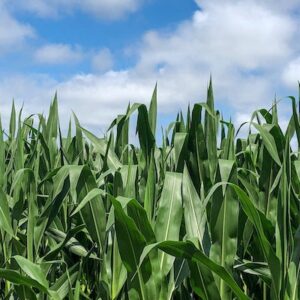 Into The Maze: A British Author Heads To Corn Country It’s August 2018 and I’m on a plane—heading for a destination chosen by little more than a pin in a map. A few weeks...
© LitHub
Back to top