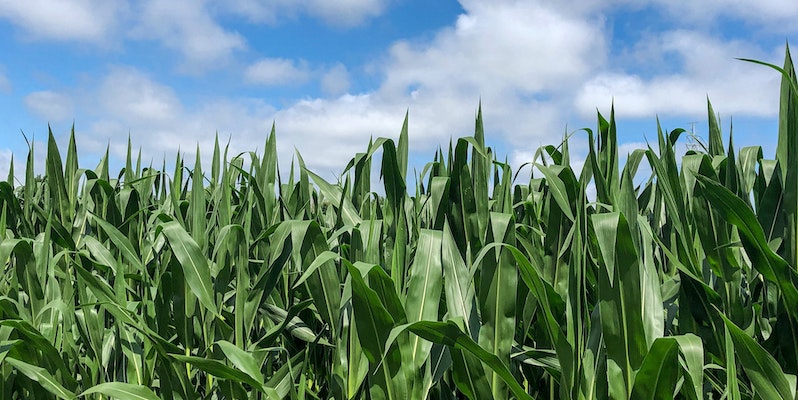 It’s August 2018 and I’m on a plane—heading for a destination chosen by little more than a pin in a map.

A few weeks earlier, my publishers in the UK had agreed to support me stepping from my longstanding career as a historical novelist to try something new: a contemporary thriller, set in the heart of the American Midwest.

I had the idea for the novel the previous year, after reading a disturbing article about the dangerous power of Big Agriculture.  After months of research, I zeroed in on Iowa for the setting, corn-capital of the world and a place where the struggle between small family farms and Big Ag was all too clear. I’d never been and there were no guidebooks, so I looked at a map of its ninety-nine counties and picked Black Hawk—simply because I liked the name.

As a writer of historical fiction, I’d spent years trying to bring lost worlds to life on the page, working to understand cultures often wildly different to my own, so I knew the value of research, especially location based. When you’re standing on the ground where a battle was fought, climbing the ramparts of a fortress, or walking the tight twists of medieval streets, it can awaken the soul of your book. So, the moment my publishers gave me the green light, I booked my plane ticket to the Corn Belt.

I touched down in Des Moines in a thunderstorm. It was the week of the State Fair, going since 1854. From the airport, through the torrential rain, the cab driver told me his family owned a pitch at the campground, so sought after they’re passed down through generations. I’d already decided the fair would be important to my plot—which spins around deadly corporate corruption, political conspiracy and dark family secrets—but I also thought it would be a place where I might get to see much of what Iowa has to offer: its food and drink, culture and people.

The one thing that struck me immediately, was how friendly and open everyone was—the famous Midwestern Charm—and how curious they were when they heard my English accent. This meant I got to speak to a huge range of people, many of whom gave me valuable insights into life in the state. The Fields is peppered with nuggets gleaned from all these conversations.

I talked to cops and farmers, and those there to showcase animals or sell their produce. I was surprised by how many people worked several jobs. At one of the beer tents, where I was eating my first ever corn dog, I had a conversation with a young couple who reared prize-winning pigs. One of them was leaving the fair the next day for her other job working for Paypal. I was struck by people’s passion and commitment, given the forces they’re up against—corporate might and climate change— and their pride in their businesses and farms.

From Des Moines, I travelled on to Black Hawk County, along arrow-straight roads past undulating fields of green corn. The two main locations in The Fields are here: Cedar Falls, where my detective, Riley Fisher—newly promoted to sergeant in investigations—lives, and Waterloo, where she works at the sheriff’s office. As the novel opens, they’ve just been notified that a woman’s body has been found in the cornfields.

Cedar Falls is a small, but affluent university town, with some fantastic tap rooms and restaurants, and a beautiful state park that runs along the Cedar River. Waterloo was once a thriving industrial city, but was badly affected by the agricultural recession in the eighties. Several people told me their sons and daughters were leaving, seeking better prospects elsewhere.

I hired a bike to explore. I’d expected the cornfields, but not how lush and green the area would be. The parks and nature reserves around Cedar Falls are dotted with creeks, lakes and shadowy woodland trails. It’s much like where I live in Sussex, England, except for the animals and insects. The cicadas at sunset were incredible—a wall of noise. One evening, a waitress told me she’d seen a big snake in her garden that day. I scribbled this in my notepad and the snake eventually slid its way into the novel.

It was on these cycle rides that I found the inspiration for Riley’s house—a crumbling old Victorian property on the edge of a creek, where she lives with her troubled brother, Ethan. And where her rebellious niece, Maddie, first started speaking in my mind. The heat was sapping. Many days it was overcast, but over one hundred degrees, with high humidity.

With my notepad stuffed with inspiration from Black Hawk, I visited the great lakes in the north, where Iowans go on vacation, then headed down south to an industrial town on the banks of the Mississippi. It was here I had a chance encounter that changed the whole direction of the plot.

I arrived at my last stop, a typical old-style Iowa farmhouse with a red barn, now run as a guesthouse. The sky was sullen and the radio warned about tornadoes. The owner wasn’t in and two big dogs barked furiously at me from a window. With the sky more ominous by the minute, I called the owner and was cheerily told not to mind the dogs and go right on in. I stepped tentatively in through the unlocked door, such an odd (but lovely) thing to me and the dogs barrelled up to lick my hands.

That night, the storm came. A supercell. Its clouds were vast towers, lit up pink and purple by the continuous lightning. I didn’t get much sleep. The next morning, I chatted with the owner who asked me the now familiar question: so, what brings you to Iowa? When I told him, he suggested I delay my onward journey and join him at a gathering of the city council, of which he was a member. I spent the next hour at a pizza place off the highway, meeting the mayor and listening to the challenges facing the town.

On the one hand, the largest employer, a Big Ag corporation, was engaged in dirty tricks to suppress local wages. On the other, there was excitement at the impending arrival of a Chinese delegation. It was here that I learned of the close and longstanding relationship between Iowa and China.

The rapid expansion of the middle class in China has led to more meat being consumed, increasing the need for cornmeal for animal feed, which Iowa, decades ahead in terms of agri-tech, supplies in exchange for much-needed investment. This productive relationship can be, at times, uneasy. Several Chinese nationals were recently arrested by the FBI, accused of stealing seeds from Iowa’s fields, seeking to uncover precious genetic secrets.

It was a fascinating meeting and, by the end, I knew I’d found the key that would unlock the novel. I crossed the Mississippi and left Iowa with a headful of ideas, the cornfields unfurling behind me into gold. 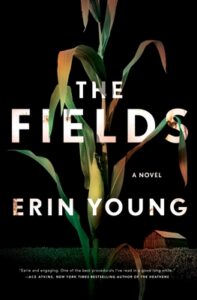 The Fields is Erin Young's debut crime thriller, featuring Sergeant Riley Fisher of Black Hawk County, in the first of a planned series. She lives and writes in Brighton, England. 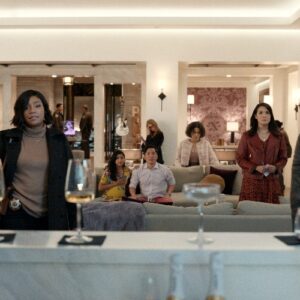 About one minute into episode one of the new Apple TV+ series The Afterparty, a young man in a purple suit (Dave Franco)...
© LitHub
Back to top