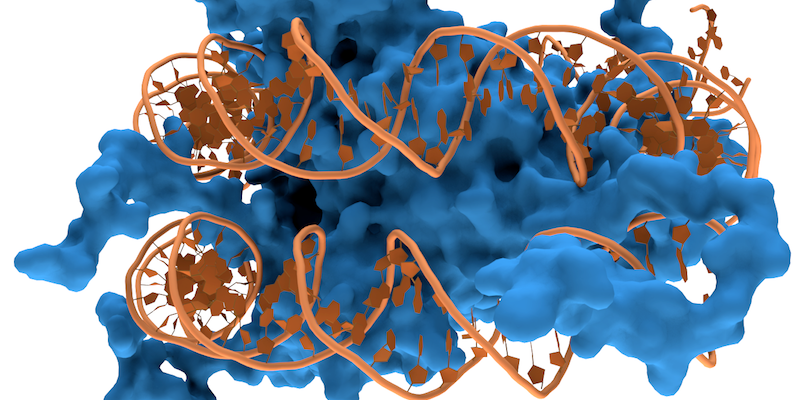 I usually take my plot ideas from real life headlines—but when a DNA test yielded an unexpected result, I decided to make my latest novel personal.

Since I teach Creative Writing as well as doing the thing myself (19 novels so far), I always include a section on how professional writers get their ideas. And that’s actually a pretty short class, because all I do is point to the various newspaper articles that gave me the initial idea for my books. As a reporter for 20 years, I’d accumulated several thousand, each of them having the most astounding plot idea.

But there is one exception to my history of plot-hunts. And it’s a big one.

I had just started blocking out the first chapter of The Panda of Death, my latest Gunn Zoo cozy, when I received an alert from 23andMe.com, which informed me that I had a half-brother I didn’t know I had.

After scraping myself off the ceiling, I finally got up enough nerve to contact this unknown brother.

Actually, I shouldn’t have been surprised by discovering an unknown sibling, because everyone who liked my father—which included just about everyone in our small town—knew that my father was a rascal. An adorable rascal, yes, with his red hair, freckles, blue eyes, spiffy clothes, flashy cars, and jovial manner. Even the Baptist preacher overlooked the fact that Dad had been married five times by the age of 40, and spent most of his life on the run from the cops.

I shouldn’t have been surprised by discovering an unknown sibling, because everyone who liked my father…knew that my father was a rascal.

You see, besides being an inveterate gambler (they adored him in Vegas), Dad was one of those flim-flam conmen who pretended not to know the difference between legality and felony. With his partner (who shall remain nameless here), he ran a scam that sold $50,000 of real-looking counterfeit bills for a measly $5,000 to wanna-be counterfeit-passers.

By some miracle, when he died of cancer at the age of 44, he was neither in jail nor in prison—probably because judges liked him, too.

So given Dad’s iffy DNA, I was a bit hesitant to contact my new brother. Was he in prison, perhaps, serving time for robbing banks? Or was he, like Dad, a confidence artist who would try to sell me a briefcase full of funny money?

But I’ve always been more curious than paranoid (probably as a result of Dad’s adventuresome DNA), so I what-the-helled it and made the phone call. When I finally spoke to my new brother, I learned he’d had the same reservations about contacting me! We not only got together, but eventually, he and his family rented an airbnb near me, and we spend two weeks getting to know each other. Those weeks were among the happiest of my life.

In fact, getting to know my “new” brother turned out to be such a great experience that I decided to use my DNA surprise in the subplot of The Panda of Death.

Those who’ve read the Gunn Landing mysteries (they started with “The Anteater of Death”) know that my crime-solving sleuth Theodora “Teddy” Bentley is a zookeeper in a fictional zoo near Monterey Bay, California. Each of the six books center around a murder that either involves, or is witnessed by, one of the zoo’s animals. People may die like flies in these cozies, but miraculously, no animals are ever hurt. Series fans also know that Teddy is childless, and fills the hole in her heart by rescuing animals, such as her three-legged dog, DJ Bonz, and her one-eyed cat, Priss. However, she just married widower Sheriff Joe Rejas, becoming the much-beloved step-mom to his two children, five-year-old Bridey, and ten-year-old Tonio.

But there was one problem. The marriage is a happy one, and Joe doesn’t fool around. So how could I introduce the desired DNA surprise?

Joe’s long-ago high school senior prom turned out to be the answer. Nineteen years earlier, when Joe’s lab partner—a beautiful girl named Lauren—got stood up, Joe, gentlemen that he always was, escorted her to the senior prom, where some mischievous student spiked the punch, and…

Anyway, eighteen years later, the result shows up at Joe’s front door. His name is Dylan.

Right around that time, the scriptwriter of a popular children’s TV show—Tippy-Toe & Tinker—is murdered, and horror of horrors, Sheriff Joe’s newly-discovered son Dylan is arrested for it. Unfortunately, Joe—being the suspect’s father—has to recuse himself from the case. At that point, it’s up to zookeeper Teddy and her mother-in-law, famed mystery novelist Colleen Rejas, to track down the real killer and get Dylan out of jail. With the help of a cuddly red panda named Poonya, the case is soon solved and everyone—including the DNA surprise—lives happily ever after.

It was easy to write the “who’s-your-daddy” scenes. All I had to do was describe my reaction to my own DNA surprise, then use another POV to describe my “new” brother’s. Two POVs. I didn’t gloss over the shocks, the laughter, or the tears, and so I was able to show my pride in my long-lost sibling’s and his family’s many accomplishments. Dear old Dad might have been a crook, but there was some darned good DNA lurking there somewhere, and it came out in his kids, grandkids, and great-grandkids.

Of course, all this changes the way I now teach “Getting Ideas” section in my Creative Writing classes. Now, I begin by saying, “First, get your DNA tested…”

As a journalist, Betty Webb interviewed U.S. presidents, astronauts, and Nobel Prize winners, as well as the homeless, dying, and polygamy runaways. The dark Lena Jones mysteries are based on stories she covered as a reporter. Betty’s humorous Gunn Zoo series debuted with the critically acclaimed The Anteater of Death, followed by The Koala of Death, and most recently, The Panda of Death. A book reviewer at Mystery Scene Magazine, Betty is a member of National Federation of Press Women, Mystery Writers of America, and the National Organization of Zoo Keepers. 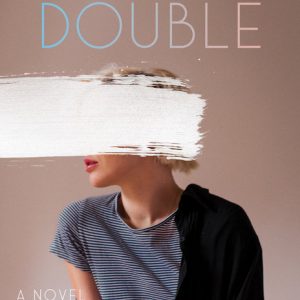 The plane is small, and I am the only one in it. They have taken away my phone, so I cannot tell how much time is passing....
© LitHub
Back to top