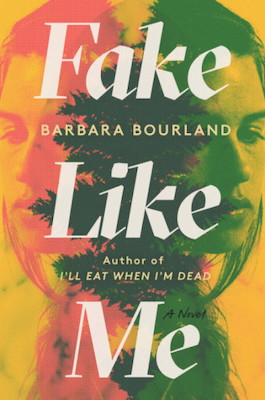 The following is an exclusive excerpt from Fake Like Me, the latest psychological art thriller by Barbara Bourland (author of I’ll Eat When I’m Dead), which finds a struggling artist seeking to fill the shoes (and shows) of a drowned enfant terrible.

This is it. This is the end: This is late-stage capitalism. My generation does not get to consider the things that other artists did. The 1950s, ’60s, ’70s—those photos I used to fetishize of Helen Frankenthaler and Joan Mitchell in the Village—they’re a cruel joke to me now. I can’t imagine meeting with the Art Workers’ Coalition, like Lucy Lippard and Faith Ringgold did, and having demands—not the meeting, that I can imagine. Rather, it is the having of demands that I cannot fathom. What would we ask for? And—from whom?

Because—now—nothing exists outside the market. Everything I could ever afford was designed by sub-sub-contracted freelancers, manufactured by modern-day slaves, and shipped through oceans lined with trash by seasonal hourly workers whose schedule is controlled by a computer, whose commute is two hours each way, who are longing for health insurance, who will die in debt. I cannot imagine what it was like to resist before every emotion I had, including resistance, was commodified. What it was like before— before we dug our own graves? Or, maybe more accurately, before someone else dug them and we woke up inside? Imagining resistance feels like a dream I cannot quite remember.

There’s no avoiding it. We make work and it goes in the machine. If I don’t make the profit on the first sale, then somebody else does the second time it sells, the third and fourth times, and whenever, say, the content aggregator “cultural brand” occupying the glass tower they built over the grave of 11 Dutch sees an art-related traffic spike on the horizon for whatever the upcoming art fair might be. “Eight Women Painters You Should Know,” writes a penny-a-word freelancer working remotely for an anonymous advertising firm employed by the data contractor of the publicist of my gallery. Then it is reposted forever, until the end of time, accompanied by images of my paintings that don’t belong to me because I didn’t press the shutter, racking up money trees across the landscape of capital in which I am simply another thing to look at.

There are so many ways to exclude me from the profit margins. What I loved about Carey’s work was the pure, absolute, hard-edged resistance of it. Death—actual death—genuinely resists being called an artwork. The work of decay resists even being shown. It resists easy, clean, thoughtless profit by relating to our darkest fears. To re-create dead bodies and call them a work of art is to get people to ask what exactly they are paying for when they view an artwork.

Death doesn’t resist the commodified conversation—it is perhaps the peak of such a conversation—but it nonetheless resists being replicated. A deliberately grotesque dead body is a work of visual art that (most) people will not take photographs of.

We can’t alter the machine. We can, however, inject sites of confusion, distance, forgetting. Even then—it is futile. It is. But still—I try. I try to make paintings that reach inside people, open the refrigerator door of their chest, take out the eggs, one by one, and throw them on the floor. The shells break, the yolk oozes into the cracks of the hardwood—and they forget, if only momentarily, about the machine they live in. It is true that few people can afford to own my paintings, but there is a sweet and sour satisfaction in the twin facts that those very same people cannot afford to be perceived as selfish, and that they will lend a work to any reputable museum at the drop of a hat. Artworks might be commodities, but unlike stocks, their value is almost completely derived from social impact.

From FAKE LIKE ME. Used with the permission of the publisher, Grand Central. Copyright © 2019 by Barbara Bourland.

Counting Down the Greatest Crime Films of All-Time: #51 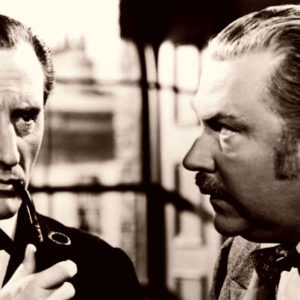 Sherlock Holmes,
Hardboiled Detective I love me a good Sherlock Holmes adaptation. But something that always bugs me about film and television Sherlockiana (especially...
© LitHub
Back to top