An exciting find in a children's book landscape that rarely celebrates the heroines of genre fiction.

It was in Barcelona, a few years (and what now seems another lifetime) ago that I came across a book that stopped me short. It was a picture book on Agatha Christie, part of the Little People, BIG DREAMS children’s biography series by Isabel Sánchez Vegara. I was visiting the Museum of the City of Barcelona, where you can walk on glass panels above the streets of the original Roman city of Barca, when I stepped into the museum’s bookstore—something I love to do while traveling in the US and abroad. I never know what I’m going to find in bookstores outside New York City, and this one didn’t disappoint. Books on art, architecture and various aspects of the city’s history lined the shelves. Most were in Spanish or Catalan so I couldn’t read them but I appreciated their design aesthetic, and could make out from the subjects that they were books that wouldn’t be easy to come across elsewhere. Many were published by Spanish publishers and they had a unique feel, which I can’t really pin down, except to say that they looked different—both in style and subject matter—from books I come across in the US.

At the time, I was on a constant search for interesting biographies for my daughters. I headed to the children’s section, and there it was. With a bright red cover, and black-and-white drawing of a short-haired woman holding a book and a magnifying glass. A picture book on Agatha Christie! And me, a mystery writer. It seemed a perfect fit for a city that seems to embody a past that Christie’s characters might inhabit. I leafed through the pages—the illustrations by Elisa Munsó were double-page spreads in black and white with splashes of red: Agatha in the dispensary learning about poisons, Agatha at her type-writer, Agatha as a child reading in bed with the aid of lamp.

What struck me was that in all my extensive searches (both online and in person) I had never come across a picture book on Christie, or any other crime writer for that matter. Once I held the book in my hand, I realized how strange that was. Christie is among the best-selling authors of all time. Her novels are read from Australia to England to Zimbabwe. Kids who love to read and write should know about her. It’s likely that their parents or grandparents have a copy of one of her several dozen mysteries on their shelves. Christie’s absence from juvenile biographies, I realized, was yet another instance of crime writers and writing being held apart from more ‘mainstream’ literature.

When I stumbled across the Christie book there were only a handful of titles in the Little People, BIG DREAMS collection and the books had only been published in Spanish and Catalan. The series now includes 38 picture books on figures as diverse as Mahatma Gandhi, Hannah Arendt, Stephen Hawking, Mother Theresa, Maria Montessori and Maya Angelou. It has been published in English, German, French, Swedish, Hebrew, Arabic, Chinese and several other languages. More titles are underway.

I contacted Vegara for this article, and she said that she embarked on the series when she went to buy books for her nieces and found “that the children’s section was a bit like in the ’70s when [she] was a little girl. Too many princesses and not even one real woman. [She] realized these stories were missing from the children’s shelves… That’s when all the real heroines in history came to [her] mind: Coco Chanel, Frida Kahlo, Amelia Earhart, Marie Curie…”

Her decision of which figures to include is instructive. “To me,” she said, “these books are a tribute to dreamers, to those who pursued a dream no matter how impossible it seemed, who made a difference. From that point, everything has been quite intuitive. My only requirement is choosing someone I’d have loved to know when I was a little girl. I don’t look for people who have simply reached the top in their careers as designers, painters, aviators, writers, scientists, or singers. I look for authentic and unique characters with a great personality and a fantastic story behind them.”

Why did I have to go to all the way to Spain before I could find a children’s title on the best-selling crime writer of all time, and one who wrote in English to boot?

Since I’d never seen a Christie picture book before, I was intrigued by what exactly prompted that particular choice, and what Vegara felt that young readers would want to know about the author. She told me: “I had already written about Coco Chanel, Frida Kahlo, Marie Curie, Audrey Hepburn, and Amélia Earhart. I was looking for the next amazing woman for the series. A good friend of mine had just read Agatha Christie’s autobiography. She was so fascinated about her that she kept telling me she should be the one. Of course, the day I borrowed the book from her, I couldn’t stop reading!… Children love to read real stories about other children who accomplish great things. It gives them the strength and courage to believe in themselves. Just add the world’s best-selling author of all time and plenty of mystery, detectives, clues, and… you just can’t go wrong…”

Vegara’s Christie is a curious child who reads every day with her mother and “always had a better idea of how the story should end!” Although the book features only a few sentences on each page, Vegara doesn’t shy away from using concepts like “detective novel,” and phrases like “dastardly deeds,” and “appearances can be deceiving.” She introduces readers to Hercule Poirot and Miss Marple. The superb double-page spreads contribute to the enjoyably sinister atmosphere—Agatha thinking up ideas at her desk while a bloody corpse lies on the floor; Agatha typing while Poirot displays evidence to passengers on the Orient Express; Agatha visiting a graveyard filled with headstones for her fictional victims: Roger Ackroyd, Colonel Protheroe, Emily Inglethorp… Both the story and its visual presentation have something to offer to kids and adults, to readers of Christie and non-readers alike.

What makes Little People, BIG DREAMS unique is that the series includes biographies of people who are out in the world doing, like Rosa Parks, Marie Curie and Amelia Earhart, as well as those whose main outlet for doing is writing. And the writers that Vegara features aren’t only those who write primarily to educate, uplift and inform, but also writers like Angelou, who was a poet and so much more; and figures like Jane Austen and Christie who wrote, I believe, to entertain.

With reading and writing being stressed in school curricula, it’s astonishing that more writers aren’t held up as role models, and further, although crime writing is often denigrated as a genre, the idea of a ‘mystery’ is nothing if not accessible to young readers of all stripes. Vegara emphasizes this in the text: “Agatha wrote more than a hundred books… but she was always pondering her next mystery. Luckily, Agatha knew that any mystery can be solved if you use your imagination.”

All of this brings me back to another question that struck me when I first came across the book—why did I have to go to all the way to Spain before I could find a children’s title on the best-selling crime writer of all time, and one who wrote in English to boot? A possible answer is that Vegara works in a milieu where “diversity” isn’t just a box to be checked, and where it is possible to pitch ‘quirky’ and ‘out-of-the-ordinary’ subjects for kids (I put those words in quotes because Agatha Christie is hardly quirky or out-of-the-ordinary), and local publishers are willing to take a chance on ideas like hers and bring them to fruition.

The international success of Little People, BIG DREAMS and the success of other offbeat work, for instance, that of the South Korean film Parasite suggests that American readers and viewers are open to much more diversity (in both subject matter, style and representation) than mainstream U.S. publishing is willing to give us credit for. For kids to become the readers we say we want them to be, writers need to be held up as role models and the skills that they bring to the table—imagination, observation, persistence, the ability to work in solitude, to name just a few—should be celebrated. Kids deserve to be exposed to a wide variety of authors, those from different backgrounds and those who write in different genres. Vegara’s Agatha Christie, Maya Angelou, and Jane Austen mark what I hope will be the beginning of a new trend in children’s non-fiction.

My sister's overdose looked like an accident. It may have been murder. 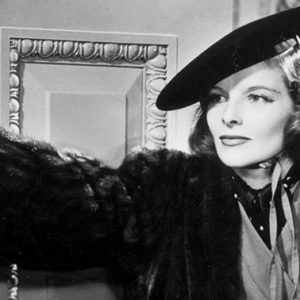