Let Kristen, Layne, and Wendy explain. This week the unlikeable ladies tackle depictions of feminine strength from superheroes to single moms, and discuss why some men like strong women in fiction but not so much in real life.

Layne: The archetype that we’re discussing today is the strong female character.

Wendy: I hate this so much.

Kristen: Well, I think that this archetype is sort of defined by there being no depth to this woman. She is emotionally detached. She is probably, actually physically strong. She probably does some sort of a tough job or is a superhero, but has very little emotional development or depth.

Wendy: I have a thing with guys who say ‘I love strong women’ and it’s almost like, I’m not a something, but… You know what I mean. ‘I love strong women, but this is just going too far. This lady’s just unlikable.’ It never comes out of the mouths of someone who has a nuanced understanding of what a woman is as a human person.

Kristen: There’s definitely a “but” built in. I love strong women, but even if they don’t say the ‘but,’ it’s implied because there’s this idea that there’s a right and a wrong way to be a strong woman and men are the ones who get to decide what they’re right and wrong way is.

Layne: Yeah, because these are characters often without a lot of psychological depth. They’re more stoic. They’re not emotional or needy or any of the things that we like to call women. They just can take care of themselves. I think these characters are often written by men, but I think men like them in fiction, but not in real life.

Check out the books discussed in this episode here. To listen to the rest of the episode, as well as the whole archive of Unlikeable Female Characters, subscribe and listen on iTunes, Stitcher, Spotify, or wherever else you find your favorite podcasts. 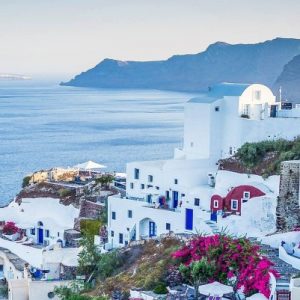 Last year, during a radio interview about my novel that had been released in April, the show’s host commented that thrillers...
© LitHub
Back to top