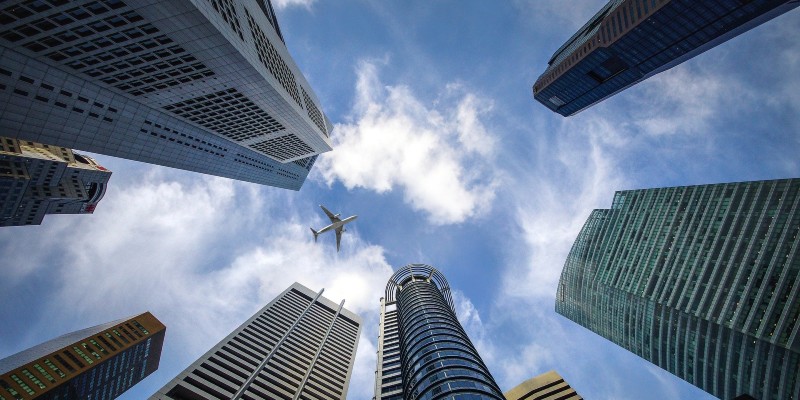 Mindy Mejia on finance thrillers, pandemics, and times of desperation

A month ago I was working on an article about women who write financial crime. It was going pretty well. I explored all the ways we view crimes of economics and intangible gain differently than we view crimes of violence and physical loss, and profiled some of the women who’ve used the genre to examine the intersections of gender, money, and power. Then a pandemic came, and the things I knew for certain in that article became unmoored.

Backstory: I worked in corporate accounting for sixteen years, writing on my lunch breaks and scoffing when my superiors told me I should get my CPA. I wasn’t a boring accountant! I was a writer. Life has a way of teaching you things, though. My husband and I started a family and all of a sudden—with the prospect of supporting two squalling humans from baby food through biochemistry classes—becoming a Certified Public Accountant sounded like a good plan. When I went back to school (apparently a MFA didn’t qualify me to sit for the CPA exam) I was surprised to find accounting. . .interesting. There’s a deep satisfaction in dissecting numbers, analyzing the pieces of an account until everything comes into focus. Finding clues. Considering evidence. It’s a world boiled down into the simplest and widest-read language. Numbers tell stories, and it’s a quick leap to understand those stories—like any other—can be fiction.

The term white-collar crime was first coined in 1949 by sociologist Edwin Sutherland, who defined it—without any apparent sense of irony—as “crime committed by a person of respectability and high social status in the course of their occupation.” The more I unpacked this definition, though, the more I realized it wasn’t ironic. In a capitalist society, greed is a moral good. Greed gets you a better life. We respect greed because that’s how you ascend economic and, by extension, social hierarchies. In literary terms, we’ve gone so far as to romanticize and canonize it. (Isn’t that right, old sport?) The perception of white-collar criminals as the societal elite was put on full display when fictional Wall Street banker John Putnam Thatcher waltzed onto the crime fiction scene.

Written by Emma Lathen—a pseudonymous team of two women, one an economist and the other a corporate lawyer—the Thatcher books showed readers everywhere exactly how white-collar criminals operate. Over three decades and twenty-four installments in the series, Lathen’s narratives consistently moved from white-collar into violent crime, but even as the bodies piled up they remained, at their heart, narratives about money. A Lathen murder only matters to the extent that it effects the financial statements. In Right on the Money, arguably one of the best in the series, a manager who stirs up trouble between two companies during a potential merger is murdered with a barbecue skewer at a trade show. The witnesses, suspects, and company owners all scramble to put themselves in the best possible light and bemoan the most important casualty—the merger. The micro and macro effects of the murder are disseminated by every stakeholder from the police to the owners, employees, bankers and insurance agents. Lathen defined the very idea of stakeholders, giving a panoramic 360-degree view of the crime from every affected vantage point and it’s in no small part due to Lathen that, thirty years later, we understood exactly what it meant when U.S. senators—people elected to represent and protect the interests of the American public—were accused of insider trading days before a pandemic sent the stock market into a freefall.

COVID-19 has swept through markets from London to Sydney, sending stocks into a tailspin, shuttering businesses, putting untallied millions of workers out of jobs, and forcing people everywhere to compare the numbers in their bank accounts against the numbers in their pantries, wondering how long the two can balance. The rise of the global economy makes global crises inevitable. When people can travel the world in hours, so can viruses. And when data travels at the speed of the internet, so does money. A market drop in response to a contraction, while devastating, is still relatively simple, the kind of crisis Lathen could handily explain in a witty one-liner. The real bombshell in financial crime, raising the stakes higher than most of us care to count, already happened.

The Panama Papers, over 11 million documents leaked by an anonymous source from a law firm based in Panama, revealed exactly how politicians, celebrities, drug dealers, alleged arms traffickers, and the global elite, obscured their wealth (both legally and illegally) and their business deals through hard-to-trace companies and tax havens. When the Panama Papers broke in 2016, Cristina Alger knew there was a story that needed to be told. “There is a staggering amount of money offshore. It’s used to fund the drug trade and the illegal arms trade; to buy off corrupt politicians and influence elections; to buy stolen goods and evade taxes. The offshore economy impacts our lives in so many ways, and yet most people don’t even know it exists.”

In The Banker’s Wife, Alger shows us the consequences of this insidious and thriving industry. When her husband dies with one of his clients in a reported plane crash, Annabel—an ex-pat living in Geneva—is in shock. Annabel’s husband worked for Swiss United, a private and exclusive bank, and when Annabel discovers the client accompanying him had connections to a terrorist organization, she begins her own investigation into both the crash and the bank itself. Two other characters also circle Swiss United—Marina, a journalist who receives the story of her life if she can survive to tell it, and Zoe, an assistant at the bank who knows too much. While the shadow banking world is dominated by men, it’s the women of this story—Marina, Annabel, and Zoe—who work to dispel the shadows.

Alger’s choice of an all-female cast was intentional. “Over the past few years, I’ve become increasingly frustrated by the way women are portrayed in crime fiction. Most classic thrillers are written by men and feature men (think Raymond Chandler or Lee Child). Domestic suspense novels are largely written by women, and while they have female protagonists, these women are often damaged, troubled or otherwise unreliable (think Gillian Flynn or Paula Hawkins). I wanted to turn all of that on its head and write a classic thriller with a strong, reliable female lead.” Alger’s reactionary approach to Grip Lit was apparent on my first read, but paging back through the story today I’m struck by how much these characters sacrifice in order to do what’s right. These are the same kind of people who—four years later—are social distancing, checking on elderly neighbors, closing the doors of their small businesses for the good of the community, and putting life and health ahead of profits.

People are lying awake nights, waking up anxious, feeling the toll of stress on their mental and physical health. It’s the type of disaster that can breed crime.

I’ve met a lot of people like that this year. I’m currently working the tax season for an investment company, which seemed like the perfect side gig: use my CPA to do taxes for three months, and write thrillers for the rest of the year. Everything was going to plan until the first U.S. cases of COVID-19 were confirmed. As the virus inevitably spread, the phones started ringing. Calls came in from panicking investors—retired teachers, truckers, and office workers—worried about the accounts they’d worked their whole lives to save, wondering not only how they were going to survive this year, but whether they’d have anything to live on for the ten to twenty afterward. Sickness and death are threatening, but so is poverty, and the absence of money can arguably feel more real than the presence of a pandemic. People are lying awake nights, waking up anxious, feeling the toll of stress on their mental and physical health. It’s the type of disaster that can breed crime.

Emmy-award winning CNN journalist Anissa Gray’s debut novel, The Care and Feeding of Ravenously Hungry Girls might not appear to be crime fiction on the surface. The novel is most easily categorized as a domestic drama, but the opening line immediately belies what has fractured this family. “You do a lot of thinking in jail.” That’s right: the crime has already occurred. The tip-off, investigation, and arrest—the lifeblood of most crime fiction stories—is over when the book begins. The brilliance of Gray’s narrative is that it centers firmly on the consequences, and how ‘non-violent crime’ still causes violence to our bodies.

Althea Butler-Cochran, the oldest sister of the Butler family, steps into a courtroom in the opening chapter to be sentenced for, among other charges, conspiracy to defraud the U.S. government. After a flood devastated their town and tanked the local economy, Althea and her husband did what they thought was necessary to survive—they began committing charity fraud. Her husband is also sentenced and sent to a different prison, leaving their two teenage daughters in the care of Althea’s younger sisters and the entire family cast out from the community. What often gets overlooked in financial crime is the physical retribution, but here we witness with painful clarity the social isolation, eating disorders, and anxiety disorders manifested throughout the book. Althea’s “victimless crime” makes victims of her own family, and in an explicit rejection of the romanticized white-collar criminal, Althea herself must come to terms with the loss of her high social status in the community she cheated. Gray describes the hunger in the book’s title as a “metaphorical emptiness…(Althea) does it with money. For other characters, it is food or something else. For all of them, it was a matter of trying to fill those empty places and finding redemption.”

I don’t know what empty places we’ll have to fill in the wake of this pandemic, whether we’ll be able to shrug it off with a wry Lathen quip or if we’ll bear the physical markers of this trauma for years to come. I do know I’m thinking less about murder these days, and more about the possibility that some people will try to profit off this disaster. Others may count on everyone looking the other way. Luckily we’ve got authors like Lathen, Alger, and Gray who’ve shown us the ropes of financial crime. We know how to find clues and consider evidence—while avoiding being skewered at a trade show—just like a good accountant should. 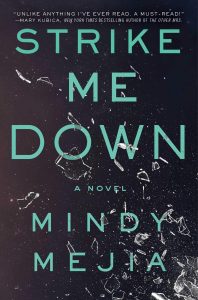 Mindy Mejia is the author of Leave No Trace. She received her MFA from Hamline University. Her debut novel, The Dragon Keeper, was published by Ashland Creek Press in 2012. The granddaughter of Minnesota farmers, she lives in the Twin Cities with her husband and two children. She is the author of Everything You Want Me to Be. Her new novel, Strike Me Down, is now available from Atria Books. 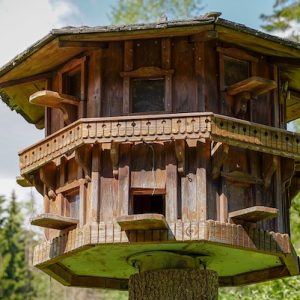 I went to elementary school in suburban Connecticut in the late 60’s and early 70’s. (Sent home from second grade when...
© LitHub
Back to top