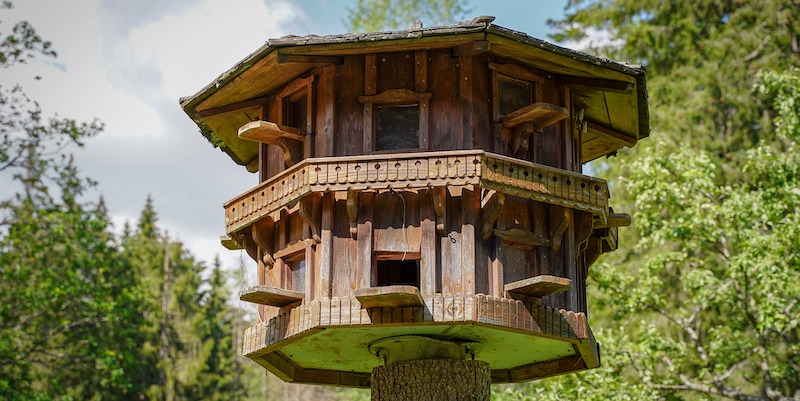 Childhood Classics to Enjoy From the Safety of Your Own Backyard

I went to elementary school in suburban Connecticut in the late 60’s and early 70’s. (Sent home from second grade when JFK was assassinated; watched the Vietnam war on television with Swanson’s frozen tv dinners in the den; that’s my vintage.) Our lawn guy at the time, Gerard, was about the coolest dude I’d ever seen. He’d arrive and leave loud on his Harley, long hair streaking behind him (his glum partner drove the truck with the lawnmowers and tools), and he both terrified and exhilarated me. Newly emigrated from Italy, he barely spoke English, but somehow my dad communicated to him that he wanted to pay Gerard extra to come on the weekend and help my dad build a treehouse for me and my younger brothers.

I watched the two of them work together, nailing strips of two by four into a big oak in our side yard, each step providing the support to nail in the next one, until the younger, spryer, risk-taking Gerard took on the final task—the dramatic balancing and stuntwork required to build the wooden platform and railings, about twenty feet up.

That dramatic perch—private, unassailable—became my reading spot for the next few years. Gerard and my dad—a manly collaboration in a mix of English and Italian and sign language—it made that treehouse a special place, and the books I read there special. Talk about Feng Shui!

So the books below, in my memory of them, are all informed by my treetop view, protected by a natural roof of several branches, looking out over the neighboring houses and to the little pond behind our house. 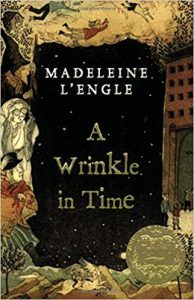 A Wrinkle in Time by Madeleine L’Engle

Wait—time imagined as a straight line, like a piece of string, and suddenly you take two points on that string and connect them to each other in order to time travel? Cool! I was very open to reasonable sounding explanations whose seeming reasonableness fluently hid their absurdity and impossibility. Good lesson for a budding fiction writer! 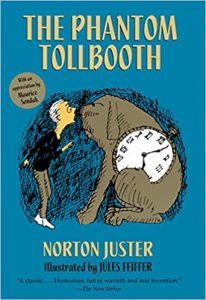 The Phantom Tollbooth by Norton Juster

Milo reaches the Island of Conclusions by jumping to it, of course, and learns about time not from a ticking watch but a ticking watchdog, etc. So wait, a book can have puns and dumb jokes and asides and the story can still carry you along? That made a big impression on me, that the writer would trust me that way. (Today, sadly, all tollbooths are phantom! No longer a basket to toss your quarter into. No clerk stuck in that tiny cage with all the cash in the drawer. You go under a sensor and a bill comes in the mail.) 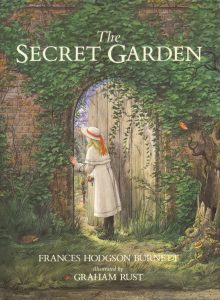 Assigned reading. I was dreading it. But the lesson of that book was as simple as it was profound: there’s really no such thing as a boy’s or girl’s book. A good story is a good story. 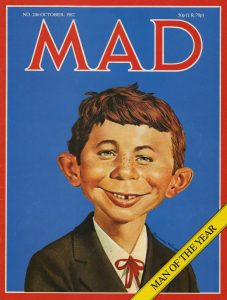 Ok, not technically a book. But such an integral part of my treehouse experience I’d be remiss not to include it—or not to mention that in its Star Trek spoofs, when Kirk and Spock “beamed up” and always ended up with their limbs rearranged, it cracked me up every time. Even now I’m smiling! 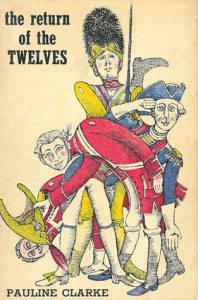 The Return of the Twelves by Pauline Clark

Everyone has one of these “mystery books” in their past—meaning, the mystery of a great, transformational book that seemingly no one else has ever heard, that no one else has read, that seems to have disappeared from the world. For me, that only adds to the appeal and the magic of the book. Twelve toy soldiers discovered beneath the floorboards, that come alive. That belonged to the Bronte family. Except that now, thanks to the Internet, I discover that this “mystery” book not only survives, but is well reviewed and highly rated on Goodreads, and obviously speaks to new generations. So my report of its demise is greatly exaggerated. 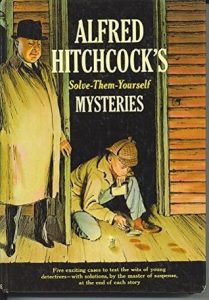 Collections of short stories—or “tales” as they called them. They were all about the red herrings, the twists, the misdirection. So the writer clearly intended me the reader to be in on the fun. A participant, not a bystander. I loved that—like I was in the story with the characters. Some of these Alfred Hitchcock tales were pretty short, and beelined to the big twist right away. Like O Henry on steroids. Like card tricks. 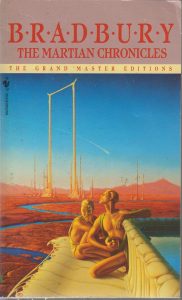 Ray Bradbury. My treetop discovery of science fiction. The opening pages are still vivid to me, and as is appropriate to science fiction, my universe suddenly shifted. A further, more profound version of my earlier surprise about bending the literary rules. Wait, you can do this? Create a whole imagined world? Just kinda start over? Take what you want from the real world, discard the rest, twist it any way you want, add whatever you want? Pretty damn liberating to a kid in a treehouse navigating his relationship to the written word.

Notice, please: No Hardy Boys. No Nancy Drew. Never even tried one. Either a big sad gap in my reading, or lucky that I never learned what a real mystery novel is, freeing me make up my own eccentric way of doing it as an adult, for better or worse.

Not all the treehouse drama was in the books, by the way. I had to defend my treehouse from neighborhood kids with pebbles and a rubber band slingshot. The trickier battle was with my younger brothers. It was technically their treehouse too. Grudgingly, I allowed them up, but spread out my stuff up there—books, sweatshirt, pillows—so there wasn’t a lot of room for anything else. Like pesky kid brothers.

More and more, life called me indoors to my homework, and to after-school athletics, and the treehouse fell into disrepair, the bottom steps came off and I could not get up it, and I don’t know what happened to Gerard.

But the memories of the breeze, and the view, and the books, is intermingled, inseparable—and permanent.

Jonathan Stone recently retired from a 40-year career in advertising. He was the creative director at a New York advertising agency and did most of his fiction writing on the commuter train between the Connecticut suburbs and Manhattan. His new novel, Die Next, is due out from Grand Central Publishing on April 14th. Of his eight previously published novels, several are currently optioned for film: Moving Day is set up as a feature at Lionsgate Entertainment, Days of Night has been optioned by New Republic Pictures, and Parting Shot has been optioned by Marc Platt Productions. His short stories are anthologized in Best American Short Stories 2016, New Haven Noir, as well as in The Mystery Box (ed. Brad Meltzer) and Ice Cold: Tales of Intrigue from the Cold War (ed. Jeffery Deaver), both Mystery Writers of America collections. A graduate of Yale, Jon is married, with a son and daughter. 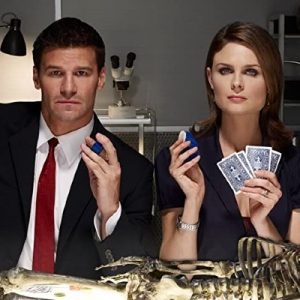 Teamwork, as they say, makes the dream work, and there is little in fiction more fun than a crime-fighting duo. Duos come...
© LitHub
Back to top