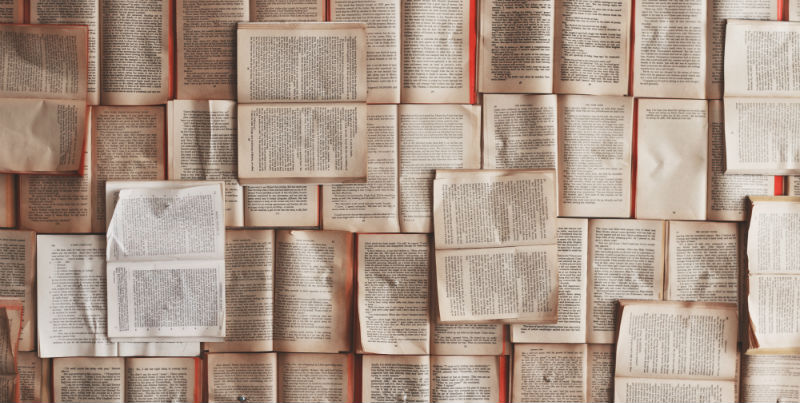 Bringing New Representations to the World of Cozies

I think that every writer is told, at one point or another, the surprising revelation of what creates the most powerful element to a successful story. It is not plot, theme, or anything else that was learned in a high school or college English class. While those elements of story do have their place and importance in writing, the most valuable element is voice.

And once it’s said to you for the first time, you realize just how much sense that actually makes. How many stories (especially fairy-tales) have been re-told or re-imagined over the course of history? For example, the story of a young girl who loses her only living parent and now finds herself stuck with the evil step-parent and their horrid children. This poor, young girl must now overcome all odds fighting against her to achieve true happiness and freedom. Sound familiar?

Yet each time it’s told, re-mastered, modernized, or flipped on its ear, we find it just as exciting to hear all over again.

And how many times have you heard someone say to someone else, while sharing a story or anecdote, “Well, you tell it, you always say it better.”

The cause of those instances belong to the power of voice.

Another thing you’re taught while learning how to write a good story is the art of formula. Each type of story has one. Cozy mysteries, like any other genre, have a certain formula that is followed. And while there are some who break that mold in various, small ways, the basic core is always the same.

When I sat down to begin the Noodle Shop series, I took all of this into consideration and pondered what I could contribute to make things different. I knew that I would be writing an Asian mystery series, but I didn’t know who the protagonist would be or what she would be about. And if you ask me, aside from voice, character drives the story.

As a mixed-race Asian child in the 1980s, not far enough away from society’s war memories of Vietnam, I wanted desperately to fit in, to identify, and maybe more importantly to be understood. But it always proved difficult to find characters in books, movies, or on television that I could readily connect with. The mixed race voice is not as common as it should be considering that my generation and beyond is largely comprised of mixed race individuals. Of course, I can’t claim to have searched through every book, film or show, but if anything like it was to be found at the time, I didn’t have any luck. (Don’t forget at that time, we were lacking internet capabilities and our primary source of research was a card catalog at the library.)

[T]he appearance of a mixed-Asian character still eluded my search. That’s when it dawned on me what I needed to do. I needed to create that character.

So I naturally soaked up whatever I could find. My favorite character from a children’s book was Claudia Kishi from the Babysitter’s Club series. My favorite Barbie doll was actually her friend, Miko—who later became Kira—and was Barbie’s first Asian friend. Then later in the ‘90s we saw Margaret Cho starring as the lead character in the first Asian-American sitcom, All-American Girl. A few years later, Disney would release its telling of Mulan and small spurts of Asian culture would begin to surface more frequently. But the appearance of a mixed-Asian character still eluded my search. That’s when it dawned on me what I needed to do. I needed to create that character.

People say funny things to you when you’re obviously mixed. I’ve been stopped and asked, “Excuse me, but what are you? You look unique.” Others have told me that my English is very good and want to know at what point in life I came to the United States. Some people see my dad and say “That’s your dad? I thought you were Asian.”

As a young child, some of that can be hurtful or frustrating, but my mother has always taught me to have a good sense of humor about life, and thanks to her and Margaret Cho, I think I do pretty well with it. Once I was older and started to become more comfortable in my own skin, I was able to make light of most situations, making my own jokes and tongue-in-cheek comments—and sometimes even shocking people.

This led me to realize I knew exactly who my protagonist would be and how she would sound.

In the first book, Death by Dumpling, Lana Lee wastes no time in introducing herself with clear statements on exactly who she is and who she isn’t. The tone is kept light and sassy as she pokes fun at stereotypes and explains to the reader that she is not good at math, she doesn’t know martial arts and she absolutely can not spell your name in Chinese. (In case anyone was wondering, the calculator is my best friend and I’m not able to do those other things either.)

At the same time, it isn’t all about making jokes and poking fun. There’s also a certain level of respect for my culture and dashes of knowledge and insight into what the melding of two ethnicities can bring to the proverbial table. Added to that is a sense of realism that comes along with being mixed that I felt needed to be kept intact to bring a certain balance to both the characters and the novels.

In my most recent book, Murder Lo Mein, I make a few references to the potential trials of being mixed and relay the message that while most people can be fine with it, or think nothing of it at all, there will always be someone who doesn’t approve of what or who you are. I believe the core understanding of that concept—not limited to lineage—is a crucial relatable factor. It’s about being different while being the same as everyone else, at the same time, and that applies on so many levels of humanity.

It’s important—at any age—to feel a sense of representation and acceptance in media, literature and pop culture. And as society today continues to develop and become more intermingled, various interpretations of that becoming more vocalized can be found all around you. I feel so fortunate to have the ability to contribute to that and give voice to a demographic that may have some people feeling—forgive the choice of phrase—lost in the mix.

VIVIEN CHIEN was born and raised in Cleveland, Ohio where she grew up in a mixed-race home, making for some very interesting cultural experiences. She found her love of books and the written word at an early age while writing short stories about her classmates in elementary school. Currently, she writes side-by-side with her toy fox terrier who refuses to sit anywhere else. When she’s not writing, Vivien enjoys frequenting local Asian restaurants, frolicking in the bookstore, and searching for her next donut. She is the author of the Noodle Shop Mystery series, including Death By Dumpling. Her latest novel is Murder Lo Mein. 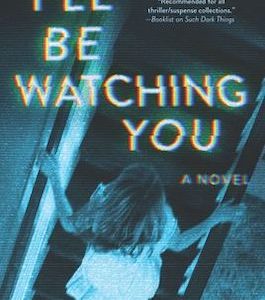 June 28 Leah listened for a second, her ears straining. Nothing. Only the sounds of the sea billowed in through...
© LitHub
Back to top