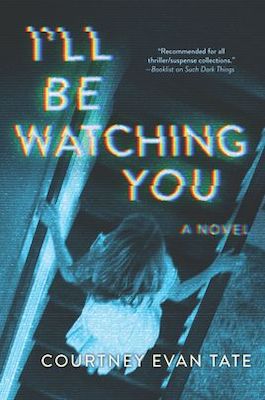 The following is an exclusive excerpt from I’ll Be Watching You, a new thriller by Courtney Evan Tate, in which a mother, in the aftermath of her seemingly innocent 15-year-old daughter’s mysterious death, finds evidence of a troubling correspondence with someone with sinister intentions.

Leah listened for a second, her ears straining.

Only the sounds of the sea billowed in through her window, snapping her sheer curtains as the breeze came through. It rustled the dream catcher hanging next to her bed.

She looped her hair up into a bun on top of her head, getting it off her shoulders. Both she and her mother shared the same straight and silky dark hair.

Leah’s skin was the most beautiful color imaginable, eternally tanned and glowing. It was her eyes, though…her eyes were the most magnificent of all. A unique grayish-blue that seemed impossible to be natural, but they were. She had a global look, and she loved it. There wasn’t a single color she didn’t look good in.

It was just one more thing to thank her great-gran for. Back in the day, her great-grandparents had bucked social norms and had gotten married, even though she was poor and he was rich. Great-Gran’s family was Creole; they had come from New Orleans, hence the exotic good looks that both she and her mother had inherited.

If only they were still alive. Leah would give anything to sit on the porch again and listen to her great-gran’s wisdom. She and Gramps would rock in those chairs and watch the sea, and talk to Leah as if she was an adult, even back when she was just a little kid. It was because of them that she had an extensive vocabulary and an old soul.

Those days with Gramps and Gran were long gone, though, and she lay on her belly now, her legs kicking one by one in the breeze, up, then down. Up, then down. Her calves stretched with the movement, relaxing the tight cord that ran up her leg.

Her mother was working late again, as she always did.

Emmy lived and breathed for the Black Dolphin, and Leah once again chuckled about the name. Gramps had named it for his dark-haired wife—the woman he had declared as the most beautiful woman he’d ever seen, and she’d been able to swim like a fish…like a black dolphin. It was a name people remembered.

Bo raised his head, at attention, and Leah glanced at him.

“What’s wrong, boy?” She’d only had him for a month now, but he was her protector. It was as if he knew that she’d saved him from being put down in that rescue shelter. He’d only had days to live when she’d convinced her father to adopt him. No one else had wanted the giant dog with mastiff in his blood. He looked a bit terrifying, but Leah liked it. No one else knew that his heart was soft and sweet. It was her secret.

She got up and went to the window, unconcerned that she was only dressed in a sports bra and athletic shorts. Her room was on the third floor, and guests didn’t come up this far. Settling into the window seat, she stared out…at the dark sky, at the dark water, at the dark treetops. Everything was dark, everything was quiet. But for bungalow three.

Mr. Collins had moved here during his divorce, and he had become a permanent fixture. He kept to himself and he was quiet and polite, mild mannered and tall. She liked him, even though she didn’t know him well. He always smelled of peppermint, and he didn’t bother anyone. He usually went to bed earlier, but not tonight.

Tonight, there was still a light on, and even though Leah couldn’t see him through the drawn curtains, she suspected he was preparing for his son’s arrival. Liam would come in a few days, at the end of the school year, to spend the summer with his dad. It would be their second summer here, and Leah was grateful.

Liam Collins had become one of her best friends, her link to the outside world. They were almost the exact same age, and throughout the year, she and Liam kept in contact via email and FaceTime. He told her of the artistic world in New York City, and she kept him abreast of the whole lot of nothing that happened on Key West. He envied the quiet here, and she envied the utter fullness and bustle of the city.

At the end of the day, though, Leah figured that everyone just wanted what they couldn’t have. It was human nature.

“You want to go for a walk?” she asked her dog, and of course, his tail started wagging madly at the W-word. She smiled. “Okay.”

Bo trotted heavily down the stairs, his nails clicking on the hardwood floors as they retrieved his leash from a cabinet in the kitchen. Mom insisted they keep Bo out of sight as much as possible, so as not to scare the guests. Because of that, Leah ended up taking him for walks on the beach at night.

She was just lucky to have him at all. She knew it was only because her parents felt guilty for getting divorced. Bo was a guilt gift, a momentary lapse in her mother’s rigid demeanor under pressure from her dad. The inn was always her top priority. Anything that wasn’t in the inn’s best interest was usually shot down immediately. Bo had been a rare exception.

Leah patted Bo’s head as she snapped the leash onto his collar.

“Let’s go,” she told him. She didn’t have to say it twice. He pulled her out the back door and down the steps, yanking at her arm. Before she knew it, she was on the beach, her bare feet sinking into the sand.

Their private beach stretched over a hundred yards, which was a long piece of real estate, considering. Land here on the island was at a premium. People paid huge amounts of money to come here and disconnect from the outside world. Guests went so far as to hand their phones over to the Black Dolphin front desk…to be locked into tiny lockers, to protect themselves from the temptation to punch at the buttons, to scroll mindlessly through their newsfeeds, and to respond to the red notification symbols. Technology was like a drug, and people usually couldn’t save themselves. They needed help for that.

Her mom was happy to oblige.

In fact, she limited Leah’s online time as well, to only an hour per day. Leah felt that was too strict and, in fact, had campaigned her father to intercede. But he wouldn’t. He and Emmy were both committed to being on the same team, and providing a “unified parental front,” regardless of the thousands of miles between them.

Phoenix was a long way from Key West.

Bo stepped nervously around the lapping water, and Leah laughed.

“You’re such a chicken,” she told him. “Water isn’t going to hurt you. It’s nice. See?” She knelt and splashed at it, lapping it up onto her arms, cooling them down. It was only the end of June, and already it was hot and balmy. Summer was here.

Article continues after advertisement
At the end of the day, though, Leah figured that everyone just wanted what they couldn’t have. It was human nature.

Bo was skeptical and he wouldn’t come near the edge. She rolled her eyes. “Fine. You don’t know what you’re missing, though.”

He didn’t care. He trotted on, and Leah followed, tethered by the long leash.

Around them, the sounds of the night were loud. Hawks and owls screamed and cried, and if Leah hadn’t been so used to them, it would be unnerving. Lizards scuttled through the sea grass, and there was always something moving here in the landscape. Birds, lizards, bugs. Big bugs. Leah wasn’t fond of the palmetto bugs—oversize cockroaches as long as her index finger. The sound they made when they flew in the air imprinted on a person’s mind forever. It wasn’t a thing you could forget. Pfht, pfht, pfht.

Leah and Bo walked to the edge of where their private beach ended, and then they even walked along the public section. Since it was almost midnight, there were barely any people out and about, short of the handful at the Cuban-style outdoor bar-restaurant at the end of the pier. Nico’s. From here, Leah could hear the festive music, and the loud din of chatter. That came from the tourists having one too many mojitos. She was used to that sound.

This was a vacation destination, after all.

When they reached the large wet poles of the pier, they turned around and walked back, Bo leaving big paw prints in the sand. Leah smiled when she imagined what people must think when they saw the size of them. They probably thought there was a bear or a beast loose on the island. To be fair, Bo was a beast. Just not the kind they probably assumed he was. Even now, with his long strands of drool dangling from his jowls, he looked massive and mean.

So they did. They headed for the inn, and when they were almost there, Leah caught sight of Derek Collins pacing behind his bungalow. All three of the bungalows were spaced evenly apart, lining the edge where the large lawns met the beach sand. They were framed by tall sea grass, and as isolated and remote as they could be.

“What time does your flight get in?” he asked in a low tone, his phone to his ear. Leah paused now, interested. He was obviously talking to Liam. “Okay. I’ll be at the airport. Have a safe flight, son.”

He hung up, and a cherry burned bright in the darkness. He was smoking, Leah realized in surprise. She’d never seen him smoke before. Was he anxious about Liam coming? That would be absurd. Liam was the most laid-back boy she knew. Yes, he wore a bit of eyeliner and had shaggy hair, but that all worked with his rock-and-roll vibe. He had to dress like that, since he was the front man of the Roadrunners. Didn’t all band members do that?

Looks could be deceiving, though, and Liam was a pussycat, just like Bo.

Leah kept walking now, satisfied that he’d be here soon. That excited her. Finally, something new to break the island monotony. Her best friend Skye would be excited, too. Leah knew that Skye had a crush on Liam, but she was pretty sure it wasn’t reciprocated. In fact, she felt a strong suspicion that Liam was actually starting to like her.

That would complicate things eventually, but for now, she chose to ignore it. If she was lucky, it might go away on its own.

Derek noticed her now that she was close, and he raised his hand in greeting. She smiled at him, and he smiled back, and then he disappeared into his bungalow.

Her phone buzzed as she was climbing the back steps, with a text from her mother.

Just coming back from walking Bo, she answered. I’ll be right up.

Her mother must’ve finally stopped working for the night. Leah knew that when her mom reached their owner’s apartment, she would be exhausted and flopped on the couch with wine on the coffee table and some ice cream and a spoon in her hand.

Leah hoped it was Rocky Road.

From I’LL BE WATCHING YOU. Used with the permission of the publisher, MIRA. Copyright © 2019 by Courtney Evan Tate. 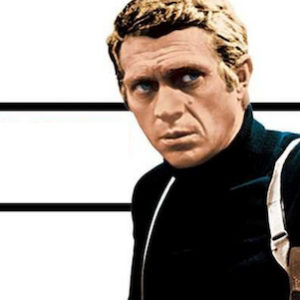