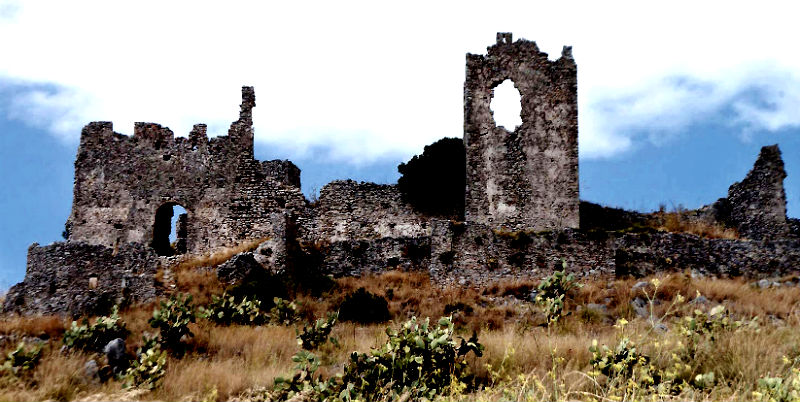 An Editor Treks Calabria Searching for Roots and a Story

Generally I subscribe to the notion that a book’s editor is best silent and invisible, allowing the author’s text to speak for itself. But the story of how we at Soho Press came to acquire Gioacchino Criaco’s novel Black Souls and to translate it into English is not exactly a typical publishing story, since like the book itself it involves both pigs and mobsters, and I would like to share the story with interested parties on this, on the occasion of the publication of our edition.

Black Souls is the story of three young men, the sons of humble, exploited mountain goatherds in Calabria, Italy’s southernmost and poorest state, who seek to change their fate by engaging in a life of crime. First published in Italian as Anime Nere in 2008, the novel was Gioacchino Criaco’s debut; he had up until then been a lawyer practicing in Milan. Over the last decade, Criaco, now a full-time writer, has become one of the most prominent voices of Calabrese and Southern Italian literature and culture, and Black Souls has been loosely adapted into an award-winning 2015 film.

Calabria, the toe of the proverbial Italian boot, is a lushly beautiful but deeply troubled region that is still struggling to recover from suffering centuries of Spanish colonial misrule. It is also home of the ’Ndrangheta (in-DRAHN-get-uh), the Calabrese mafia, who maintains a chokehold over the region. According to a Europol threat assessment, the ’Ndrangheta is among the largest and most dangerous criminal syndicates in the world. They control much of the drug and human trafficking in and out of Europe and have recently been credited with supplying the “happy drugs” ISIS and Boko Haram use to keep their suicide squads enthralled.

My own family has roots in Calabria, and its history and culture have long been a fascination of mine, especially since the area is so hard to find in mainstream media. In August 2017, I was traveling in Calabria with my 66-year-old mother and had become fixated on the idea of visiting Africo, a ghost town in the Aspromonte (the mountain range in the deepest south of Calabria). Africo had been forcibly evacuated in the early 1950s after a series of catastrophic floods. In the 1960s, after the population had spent a decade in refugee camps, a new city, Africo Nuovo, was finally established close to the coast, culturally and spiritually far removed from the Africoti’s mountain home—a heartbreaking identity crisis for Africo’s people. In the decades that followed, the population declined as restless, displaced young people either emigrated far away in search of opportunity or succumbed to the lure of organized crime, the only flourishing economy in Calabria. Today, Africo is most Googleable as the birthplace of Giuseppe Morabito, the incarcerated boss of the Locride chapter of the ’Ndrangheta.

I had read everything I could about the city and its tragic history, and was chagrined to learn that the old village in the mountains was locked up and couldn’t be visited without a formal guide. Coincidentally, at Soho I had recently received Black Souls on submission. The author, Gioacchino Criaco, was an Africo native—that is, he had been born in the new city by the sea. Criaco had corresponded with me a bit via social media. He lived in Milan but urged me to be in touch if I were ever in Calabria; he would love to take me on a tour of the abandoned old city. When I called to take him up on his offer, he generously came straight to our hostel to pick my mother and me up.

The consummate gentleman, Criaco took us out for an enormous seafood dinner. We talked about his writing, which had started with an epiphany—Black Souls had come to him in whole cloth and he had set it down in a rush, as if in a fever-dream. The book captures the cultural apocalypse of “the children of the forest,” the dispossessed who in the second half of the 20th century were wrenched away from their parents’ ancient way of mountain life. At the end of the meal, we met his cousin, a sweet, soft-spoken man who owned a beach resort and who offered to host my mother the next day so she wouldn’t have to make the rigorous hike through the mountains to visit the abandoned ghost town of Africo Vecchio with me.

The next morning at 5:20, my mother dropped me off at the side of the dirt road where Criaco was to pick me up—we’d arrived early, but the van was already there. Inside it in addition to Criaco were three other men his age, described to me both as “cousins” and “friends.” My mother blithely waved goodbye as I got in the van with four strange men and headed up into the Calabrian mountains—later, she half-joked, “That never would have happened in the seventies.”

The drive up to Africo Vecchio took two hours over broken road. I saw the enchanting and frightening isolation of the old city, and the staggering difference in the environment between this lush, Alpine mountain forest and the balmy, beachy desert of the sun-flattened city by the sea. Around us the forest rustled with herds of wild pig-boars and milkless feral cows. Criaco and one cousin-friend took me on the two-hour hike-tour of the old city, which was everything I could have hoped to see in a ghost town. When we returned, I sat with at least twenty cousin-friends who had arrived in our absence for the two-hour luncheon of home-cured charcuterie, seafood pasta, roasted fish, and a homemade fig pastry dessert I was too full to eat and had to take for the road. I was the only woman at the table.

Later, when I was back in my New York apartment preparing my presentation materials to pitch Black Souls at the Soho editorial meeting, I would visit the Italian Wikipedia page about Gioacchino Criaco, where his bio reads charmingly that he is the son of shepherds. There is, of course, that sidebar on a Wikipedia page that lists an entry’s family members, and I saw a link for Pietro Criaco, the author’s brother. Not one to resist a link, I quickly learned that Pietro “the Corpse Kisser” Criaco is currently incarcerated in Italian federal prison after twelve years on the lam and an epic manhunt that had involved not only Italian military police but Interpol. The youthful ’Ndrangheta boss was best known for washing his hands in his victims’ blood. My next link click brought me to Domenico Criaco, father of Gioacchino and Pietro, who was gunned down in a roadside set-up in 1994, shortly after he’d been released from prison for his own mob activities. As you may imagine, much more fervent Googling followed these discoveries. In one hit, I recognized among the arraignment photos the face of the nicest cousin-friend of them all, the sweet man who had put up my mother at his beach resort.

“None of us have clean hands,” Criaco had told me during our dinner. “The price my generation must pay is to sit back and accept that our dreams cannot come true.

“None of us have clean hands,” Criaco had told me during our dinner. “The price my generation must pay is to sit back and accept that our dreams cannot come true. We need to leave room for the young people who have not been tainted—they are the ones who can make the changes Calabria needs.”

For me, Black Souls captures this cultural tragedy—the beauty of a lost way of life paired with its inherent terrifying violence; the trauma of exploited peoples who want a better life for themselves and who have no faith in the systems they are told will elevate them. It is a singular book and one I am proud to have been able to shepherd, if you will forgive the verb choice, into English translation.

Juliet Grames was born in Hartford, Connecticut, and grew up in a tight-knit Italian-American family. A book editor, she has spent the last decade at Soho Press, where she is associate publisher and curator of the Soho Crime imprint. The Seven or Eight Deaths of Stella Fortuna is her first novel. 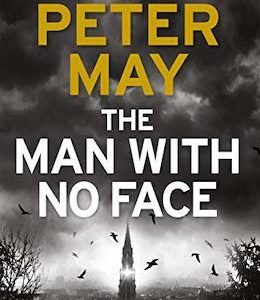 It was raining. Not a particularly auspicious day. It had rained yesterday and it would probably rain tomorrow. Bannerman...
© LitHub
Back to top