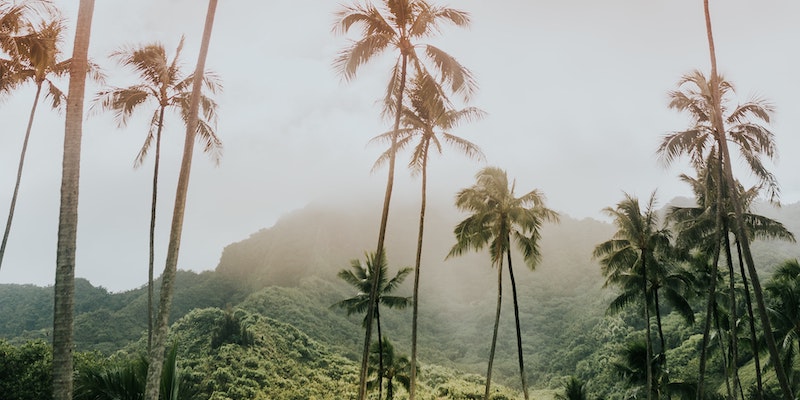 Finding Inspiration At A Former Military Base on the Big Island

There is much fodder for crime fiction in Hawaiʻi's long and complicated relationship with the US military.

The Big Island of Hawaiʻi is a magical place. Moonscape lava fields and rain forests. Black sand beaches, palm trees, and snow atop Mauna Kea. Ancient kipukas surrounded by new volcanic flows. A lyrical language and an engaging mythological past. Ocean breezes and bubbling lava. Astronomical telescopes to tease out the secrets of the universe. Six of the world’s major climatic zones. Wide ethnic diversity and every faction of political persuasion from far-right to sovereignty activists to agnostic hippie leftovers from the 60s. How could I not fall in love with this place? I was hooked.

Over the years, I explored the nooks and crannies of the Big Island. The more I learned, the more I wanted to know and share my discoveries. So reawakening a long-time dream of becoming an author, I started writing in the mystery genre I’d always loved, using the investigative skills I’d learned practicing criminal law. I borrowed characters from my military days and my legal experiences.

Memories are vivid in a place like Hawaii, where the imagery is dramatic and encounters with people are rich with backstory. I remember one such instance as I first drove across the middle of the Big Island in the 1980s on the narrow, winding, pothole-studded Saddle Road. Frequently labeled the worst road in the state, rental car company contracts even forbade its use. That restriction only piqued my curiosity.

Driving down a steep hill on this forbidden roadway, I spotted a giant red flag flying alongside the battered asphalt pavement. Six thousand eight hundred feet above sea level in the Humuʻula saddle between the Mauna Kea and Mauna Loa volcanoes, I had stumbled upon the Pōhakuloa Training Area (PTA), the largest US military reservation in the Pacific with nearly 109,000 acres. Tank cannons boomed across the desolate terrain, helicopters fired rockets at mock targets, and small arms fire rattled in the distance. Military aircraft flew in and out of the 3,700-foot runway on the PTA’s Bradshaw Army Airfield. Unexploded ordinance is a perennial hazard. Bordered on the north by Mauna Kea, on the south by Mauna Loa, and the west by Hualalai volcano, the PTA is an other-worldly place of treeless lava fields, small cinder cones, shifting light, harsh weather, and an eerie color palette.

I immediately knew that I’d stumbled upon a unique setting for a mystery novel. The PTA, like much of the Island, is riddled with lava tubes—underground channels where lava once flowed before draining away to leave tunnels. Ancient Hawaiians buried the bones of ancestors in these caves. Lava tubes on the PTA play a significant role in my first book, Death of a Messenger (2015), which deals with ritual death and cultural artifacts left by ancient adze makers in the PTA.

My fascination with this remote army reservation undoubtedly stemmed in part from my military background. I grew up in an army family, traveled the world, joined the ROTC in college, and served as an Army artillery officer. I spent time at Fort Sill, Oklahoma, in artillery training; Fort Bragg, North Carolina, jumping out of airplanes; Camp Page in Chuncheon, Korea, commanding a maximum-security military area; and Fort Knox, Kentucky, as a battalion adjutant. These experiences enabled me to write confidently about army officers and military activities.

Once hooked on the PTA, I began researching its history, which stretches back to pre-contact times when dark-rumped petrels nested by the thousands in its rocky crags. Hunters used gummed sticks to catch birds highly prized for their feathers, and the saddle lands served as a crossroads for people from different parts of the Island. I learned that in the fifteenth century, ancient adze makers carried partially completed stone tools down the slopes of Mauna Kea from quarries near the summit and sometimes honed them to perfection in tiny caves in what is now the PTA.

The Army first leased PTA lands from the Parker Ranch during WWII. After the war, the Hawaiian National Guard controlled the PTA. The Army then took command of the PTA in the early 1950s. Army engineers built Quonset hut housing for 2000 troops in the PTA, and to this day, Army and Marine units rotate in and out for training lasting six weeks or more.

During the 1960s, the PTA hosted trials of several then-secret arms development projects, including the nuclear-capable Davy Crockett recoilless rifle system, which used depleted-uranium projectiles as spotting rounds. The existence of radioactive remnants of depleted uranium ammunition on the PTA firing ranges has been a source of controversy and litigation with native Hawaiian groups since the Army first confirmed the presence of depleted uranium on PTA firing ranges in 2007.

With its history of top-secret military weapons development, the PTA thus provided the ideal setting for testing Deimos, the imaginary superweapon at the center of Treachery Times Two (2022), the latest book in the Koa Kāne mystery series. One of the challenges in writing Treachery Times Two involved finding the right way to involve the civilian police in investigating a secret military program. To facilitate such cooperation, I once again drew from my military experience. “Charlie,” one of my real-life Army buddies and Quonset hut roommates in Korea, served as a military police officer. We worked together on various projects, including supporting a local Korean orphanage for blind children, delivering surplus powdered milk and broken-up rocket boxes for firewood.

While the military presence on the Big Island plays a central role in Treachery Times Two, the book merely scratches the surface of Hawaiʻi’s long and complicated relationship with the US military. For example, as early as 1893, sailors and marines from the Navy cruiser USS Boston in Honolulu harbor supported the Committee of Safety created by local lawyers and merchants in a coup d’état against Queen Liliʻuokalani, the legitimate ruler of Hawaiʻi. Over 10,000 Hawaiian residents served in some capacity during WWI, but it was not until WWII that the military presence in Hawaiʻi escalated. Today, over 50,000 US troops are spread across Hawaiʻi with military facilities on all the major islands, supporting up to 100,000 civilian jobs. With such a large presence, the military maintains control over significant parts of the Islands’ real estate.

Unfortunately, the US military has not always been a good custodian of the Hawaiʻi lands under its jurisdiction. Most egregious in this regard, the Navy turned Kahoʻolawe Island into a bombing range and destroyed many cherished Hawaiian cultural sites. In addition, the Navy’s Pearl Harbor base has been plagued with pollution. These and other abuses have inflamed relations with native Hawaiian groups over the years, leading to protests, litigation, and calls for demilitarization. These conflicts provide fertile material for plenty of novels to come. 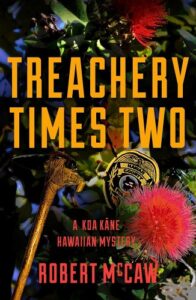 Robert McCaw grew up in a military family, traveling the world. He is a graduate of Georgetown University, served as a U.S. Army lieutenant, and earned a law degree from the University of Virginia. He was a partner in a major international law firm in Washington, D.C. and New York City. Having lived on the Big Island of Hawaii, McCaw's writing is imbued by his more than 20-year love affair with this Pacific paradise. He now lives in New York City with his wife, Calli. Treachery Times Two is the fourth in his Koa Kane Hawaiian Mystery Series, following Death of a Messenger, Off the Grid, and Fire and Vengeance.

Crime and Redemption in the Films of the Dardenne Brothers 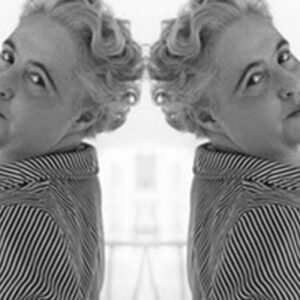 Crime fiction reflects the world it is written in. Sherlock Holmes is the first detective. Let’s not count Sergeant...
© LitHub
Back to top