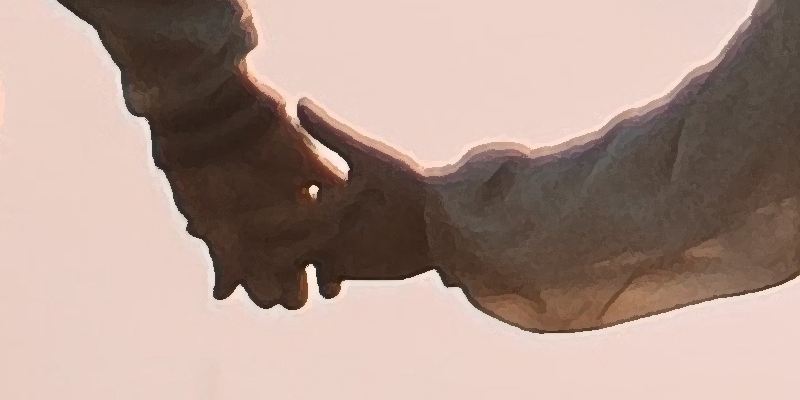 "My own situation helped me create a character who might tell that kind of lie. Inspiration sprang from real life."

Each time I get ready to start writing a book, I look for new ideas. In the case of Stargazer, my newest mystery, many concepts I used started with an incident from real life and, tweaked by the imagination, found their way into the novel. Some of these thoughts came to me as I stood under the night sky. I’ll explain in a minute.

Before I started, I knew the story belonged to Officer Bernadette Manuelito. My other two fictional detectives, Jim Chee and Joe Leaphorn, would take supporting roles. Real life gave me an inspiration for the setting.

When I began writing these mysteries, I decided to continue my father Tony Hillerman’s practice of using real places for the story to unfold. An invitation to talk and sign my books at the Magdalena (N.M.) Public Library, about 165 miles from my home in Santa Fe, took me to ranching country, land perfectly suited to the rugged, creative, independent individuals attracted to it. When I headed west from Socorro on the last leg of the trip, I passed a junction for the community of Alamo and the Alamo Navajo Reservation, a place I had not yet included in a novel. In my research for my fifth book, The Tale Teller, I picked up some fascinating history about the strong, independent band of Navajo people who live here. This island of native culture is separated from the big reservation by several Pueblo Indian villages and the Cibola National Forest. I learned about important archaeological sites in this area. Real-life planted the seed of an idea.

Alamo sits near another place ready-made for mystery, the Karl G. Jansky Very Large Array (VLA for short) radio telescope observatory. This assemblage of 27 huge discs arranged against the expansive, mountain-framed San Augustin Plains, faces the sky south of the highway between Magdalena and Datil. N.M. Their odd beauty takes my breath away. After my library talk, I arranged a follow-up trip to coincide with one of the regular public tours of the VLA. This landscape, with its combination of a Navajo settlement and the other-worldly telescopes seemed a perfect place my story to unfold.

But how could I connect the VLA and the Navajo community with a crime urgent enough to call in Bernadette Manuelito? I needed a solid idea about the death on which the plot will revolve to radiate from the book’s core: the who, what, how and why of the mystery.

Possibilities for Stargazer’s crime bubbled up from real-life news of bad behavior. Luckily for someone writing about crime, New Mexico has plenty. When area law enforcement encountered several cases of murder made to resemble suicide, my imagination created a dead man in a car on a lonely road. My investigator sees no signs of a struggle. It could be suicide. Or something more sinister.

As I worked to develop the plot for Stargazer, I also was the main caregiver for my husband, a job that seemed to have little to do with plotting a mystery.

As I worked to develop the plot for Stargazer, I also was the main caregiver for my husband, a job that seemed to have little to do with plotting a mystery. In the final months of his long, sad battle with dementia, he would sometimes tap his skull and beg me to “fix this.” We’d seen the right doctors; he’d tried the prescribed drugs. At one point, he’d known there was no fixing it. But now he’d forgotten. So, I began to lie to him.

I’d tell him, “I’ll get to work on that. Just enjoy your day.” He trusted me so much that he’d forget to be upset until realization of his dire situation returned. Those lies told for love eased his spirit and saved us from pointless conflict, but they were lies nonetheless. My own situation helped me create a character who might tell that kind of lie. Inspiration sprang from real life.

Stepping away from the keyboard into the duties of real life brings a new set of ideas. Working or walking outside works best. Many of the inspirations for Stargazer came as I took my dog Sally on her pre-bedtime stroll. On clear evenings, the sparkling stars over my home in Santa Fe stop me in my tracks, a panorama that makes me feel both blessed and insignificant. The intricate arrangement of these celestial bodies and their continual movement call for stories, right? And no matter the tradition from which they spring, the legends of the night sky reverberate with drama and mystery, with death and rebirth, with tension and deep beauty. Humanity’s endless attempts to explain the stars concern power and compassion, good and evil, life and death, what the heart yearns for and what the brain demands.

In March of 2020 when Sally and I walked, I brought my binoculars to look for NEOWISE. This comet with a split tail zipped through northwestern sky passing only 64 million miles from earth. After several evenings of disappointment, the coincidence of Sally’s timing and the parting of July’s clouds led to success. I saw the white comma-shape visitor, beautiful and well worth the search. The next day, I had an inspiration for a scene involving the stars that moved the plot forward. Again, real life fed creativity.

That fall, shortly after my husband’s death, Sally and l stepped out our front door and beheld another delightful gift from the cosmos — a quick succession of three brilliant stars, Orionid meteors, coursing through the dark heavens. That joyful surprise led to an idea that helped transform a crucial chapter.

Like those shooting stars, some ideas shine out unexpectedly and grab for attention. Others, like NEOWISE, present themselves only after persistent courting. I began Stargazer with a small constellation of ideas and others, as unexpected as a brilliant meteor, joined them inspired by real life and transform with the magic of creativity. With Stargazer, ideas came from the night sky and the day’s news, from research into Navajo history, from a road trip to a mysterious spot and from years of hard work that set the stage for inspiration.

Writing a novel isn’t all happy sunrises. The process comes laden with missteps and frustration, with weeks of gray overcast that put creativity to sleep. On cloudy days, I remind myself that an idea will gestate again, conceived from the marriage of the real world and a writer’s search for inspiration. 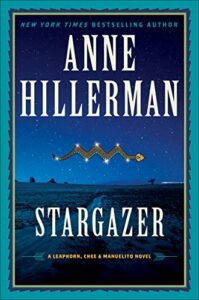 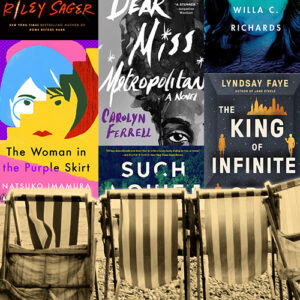 The sun is out, the flowers are in bloom, the vaccines are flowing freely, and this summer, we all deserve to have some much-needed...
© LitHub
Back to top