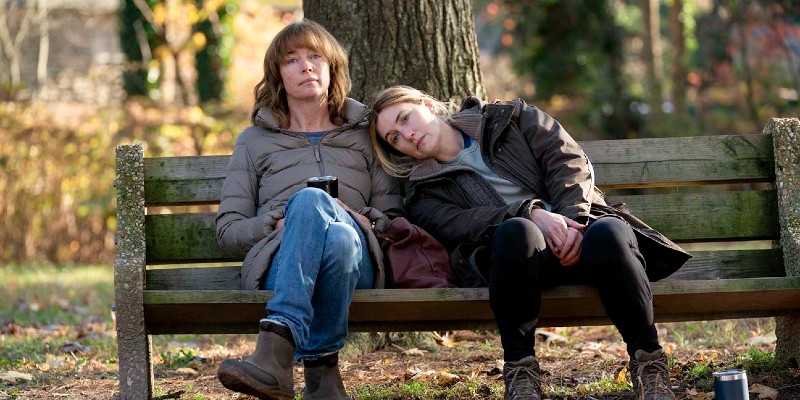 In the new series, Kate Winslet portrays a detective with a new set of complexities surrounding her investigation.

In her 2013 essay “I hate Strong Female Characters,” Sophia McDougall contrasts the often one-note “sassy kickassery” of nominally empowering female characters with the actual complexity of a character like Sherlock Holmes.

“I want a wealth of complex female protagonists who can be either strong or weak or both or neither, because they are more than strength or weakness,” she wrote. “Badass gunslingers and martial artists sure, but also interesting women who are shy and quiet and do, sometimes, put up with others’ shit because in real life there’s often no practical alternative.”

In 2014, after the runaway success of HBO’s “True Detective,” there was widespread demand for the second season of the anthology crime thriller to feature at least one woman protagonist. That’s what we got in the show’s 2015 second season, but unfortunately it’s generally regarded as a bit of a mess. Even as a fan of it, I can concede it bit off a bit more than it could chew with a baffling, Chandler-esque California-noir plot and giving Vince Vaughn the same kind of navel-gazing soliloquies that contributed to the McConnaisance in the first season.

One of the best parts, however, is that female lead, Ani Bezzerides (Rachel McAdams). Despite McAdams’ great performance, however, she’s a great example of the phenomenon McDougall described. Bezzerides is a tough-talking, hard-drinking knife-fighter with something to prove to her hippie dad, and while it’s fun to watch, it doesn’t approach the complexity of either Colin Farrell’s sad-sack crooked cop or Vaughn’s each-time-I’m-out-they-pull-me-back-in crime lord.

All this brings me to HBO’s currently-airing miniseries “Mare of Easttown,” starring Kate Winslet as a Philly-area high school basketball heroine-turned-small-town detective. The series has a lot in common with “True Detective”: a somber tone, themes of long-buried sins within a community, and a setting in an idiosyncratic region of the U.S. However, the writers understand just about everything about writing a complex female character that “True Detective” missed; Mare rarely gets physical, and, in the three episodes that have aired as of this writing, has yet to fire her gun.

More importantly, she’s allowed the sort of actual complexity that the Strong Female Character typically supplants with a punch. Complicated mother-daughter relationships abound in the series; Mare is at loggerheads with both her rebellious, sensitive daughter Siobhan (Angourie Rice) and her own mother Helen (Jean Smart), and even more so with another daughter-adjacent figure, Carrie, the mother of her late son’s toddler.

It’s the kind of familial messiness typically reserved for a male gumshoe; even if you’re a fan, it’s hard to picture, say, Olivia Benson with a daughter who yells “fuck you” at her, and not just because of network standards and practices.

Tying into the theme of motherhood and woman-specific generational trauma, the suicide of Mare’s son hangs over the entire show like fog. Both Mare’s and Siobhan’s pain over the loss is palpable, as is the sentiment in the judgmental, insular community that his death was somehow Mare’s failure as a mother. The subtext is made text in the second episode when a particularly nasty suspect snaps “No wonder your son fuckin’ killed himself” in the interrogation room.

The thriller and mystery genres are full of well-written woman protagonists who the story does not necessarily require to be women rather than men; indeed, some, such as Angelina Jolie’s titular spy in “Salt” or Rosario Dawson’s character in the under-appreciated 2020 series “Briarpatch,” were originally written as men. Not so a character like Mare, whose investigative technique and personal troubles both proceed from her status as a woman.

“Women, out of necessity, are constantly assessing potential threats. It’s like a background program running in our brains, compiling subtle clues,” said Laura McHugh, author of What’s Done in Darkness and The Wolf Wants In. “My female protagonists are natural investigators; their training comes from a lifetime of navigating a world in which any number of people might want to do them harm.

Another of Mare’s more complicated relationships is with Dawn Bailey, the cancer-stricken mother of a still-missing girl. The lack of answers on the disappearance gnaws at Mare from both within and without, as the town clearly holds her personally responsible for the investigation’s failure. Policing and detective work themselves are presented as atypically matriarchal on the show, with Mare’s failure to crack the case received the same way as her inability to save her son. Female protagonists in male-dominated genres, even well-written ones, are often written in a way that they could be changed to male one with minimal changes, but this dynamic specifically requires Mare to be a mother.

Mare is also allowed to be a full-on anti-hero in a way woman detectives almost never are. To the extent a woman detective, even in a noir, is given anti-heroic qualities, they’re typically more aesthetic, like drinking too much or being rude (although, to be sure, Mare does both as well). In the show’s third episode, Mare, desperate to keep a court from giving Carrie custody of her grandson, steals heroin from an evidence locker and plants it on her.

It’s a shocking moment, partly because it’s the kind of unambiguous wrongdoing you expect from a male detective antihero like “The Shield”’s Vic Mackey or “The Wire”’s Jimmy McNulty. And in the era of Black Lives Matter, the show knows exactly what it’s doing having a police protagonist commit an act of blatant corruption. Mare’s superior figures out what she’s done and gives her the standard “turn in your badge and gun” moment, but in a subversion of the norm, it’s not presented as an ace detective being stymied by bureaucrats; obviously, Mare should in fact be punished for this.

A single miniseries can’t, and needn’t, re-invent the wheel on woman protagonists in crime fiction or in general. But in an era where some of the most compelling crime fiction is being written by women, stars complex female protagonists, or both, it’s great to see prestige TV catching up. And while not every miniseries warrants the full-series treatment, I definitely wouldn’t say no to a second trip to Easttown. 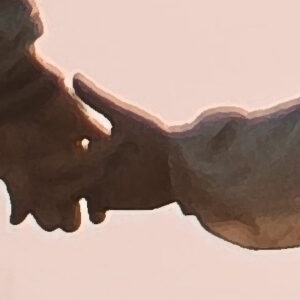 Each time I get ready to start writing a book, I look for new ideas. In the case of Stargazer, my newest mystery, many concepts...
© LitHub
Back to top