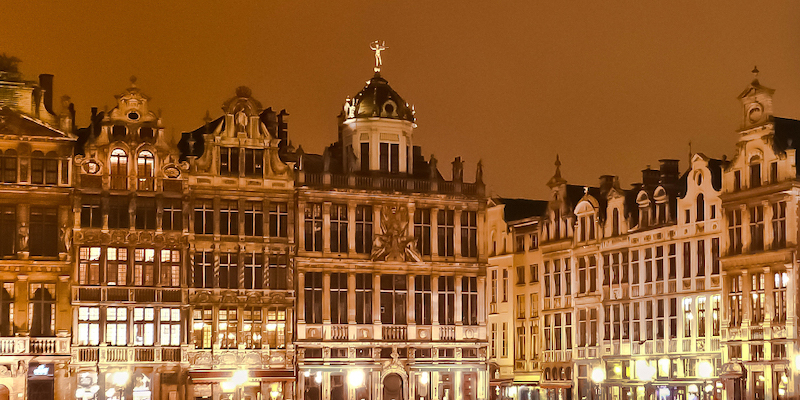 In the late 1970s, when I was just in my mid-twenties, I began work on the book which was to become The Man With No Face. I was a journalist at the time, working as a reporter out of the Glasgow office of The Scotsman. The 1970s had been a decade of turmoil in the UK, politically and industrially, with two general elections in 1974 and another to come in 1979.

Industrial unrest had brought strikes by miners and dust-cart drivers and lorry drivers and car workers and many others. We had endured the three-day week, when there wasn’t enough electricity available to fuel a full working week. Household consumption was limited, street lights were turned off. There was an epic political battle unfolding between left and right—ultimately won by the right with the election of Margaret Thatcher, who began systematically deconstructing the power of the trade union movement with a series of emasculating legislative measures.

It was also the decade when Britain joined the “Common Market,” which later became the EU. (Ironic, therefore, as the book is republished almost forty years on, that Europe is still front and centre of the British political debate.)

I wanted to write a story of political intrigue, set against the background of the social upheaval on which I was reporting on a daily basis—and I wanted to set it in Brussels, which was the beating heart of the new Europe to which Britain had committed its future.

At the time, I had collected a series of cuttings about a political assassination involving a certain French MP (deputé), Prince Jean de Broglie, a former Secretary of State under Charles de Gaulle. He was shot dead in a dark Paris street as he left the home of his financial adviser in the winter of 1976. It was a sinister story shrouded in shadow and obfuscation: his murder was despatched within five days by the Government, with no satisfactory motive ever attributed for the killing. Then French president Giscard D’Estaing was later called to give evidence at the trial of the accused—which included a senior police officer. Several of those involved died mysteriously in car accidents in the years that followed. The whole affair made a big enough impression on me that it became the inspiration for my story.

Ironic, therefore, as the book is republished almost forty years on, that Europe is still front and centre of the British political debate.

Then, by pure chance, I read an article in one of the Sunday supplements about an autistic child with a remarkable propensity for drawing. She was called Nadia Chomyn, the daughter of Ukrainian science graduates who had settled in the UK, and a book about the child and her drawings had just been published by writer Lorna Selfe. It was called Nadia: A Case of Extraordinary Drawing Ability in an Autistic Child.

I was intrigued and bought the book, only to be startled by the amazing lifelike quality and extraordinary perspective of the drawings of this autistic child savant. An idea began to shape itself in my imagination: an autistic child with such abilities who witnesses the murder of a high-ranking member of the British government in Brussels. Her only means of communicating what she sees is by drawing the killer. Interrupted before completing the details of the face, she cannot be persuaded to finish it. But can the killer afford to take the risk that she won’t?

Of course, I did a lot of research reading into autism, and visited a clinic in Glasgow for autistic children.

But I also had to research the setting for my story, and this meant a trip to Brussels in the depths of a bitter winter in the late seventies.

While I was proud to write for The Scotsman, then regarded by many as Scotland’s most prestigious newspaper, it has to be said that it was not the best paid job in journalism. When I moved at the start of 1979 to the Glasgow Evening Times, my income almost doubled overnight. I recall a friend, who also worked in the Glasgow newsroom of The Scotsman, being spotted by a rival newspaper busking in Buchanan Street on a Saturday afternoon. An item appeared in the satirical column of that newspaper shortly afterwards, suggesting that Scotsman journalists were so poorly paid they had to resort to busking to supplement their income.

I was married at the time with a mortgage and a young child (and supplemented my income by reporting on Scottish premier league soccer matches every Saturday). I couldn’t afford the airfare from Edinburgh to Brussels, so undertook the trip by rail, leaving from Glasgow Central on a cheap overnight ticket to London. It took me fifteen hours to get to Brussels. I have vivid recollections of this trip, partly because I used some of the experience in the book, recounting the killer’s journey from London to Brussels by rail and ferry to avoid detection of the murder weapon. I remember arriving in Brussels in the dark, disembarking from my train at one of the lesser known stations, and finding myself trudging deserted backstreets in search of the hotel I had booked—the cheapest I could find. It was my first experience of seeing women selling themselves for sex in shop windows.

I spent the next week exploring Brussels on the Metro, pré-Metro (buses that go underground), and on foot. I walked for miles, absorbing this city that seemed to me like some kind of strange hybrid of Glasgow and Paris. I was struck, too, by the schizophrenic nature of the place—two cultures (French and Flemish) that somehow never seemed to have gelled. I remember going to the cinema, and although the soundtrack was in English I could barely see the screen for the two sets of subtitles that came up to cater for both communities.

I identified the locations I wanted to use in my story, but my ace research card was the access acquired for me to the Berlaymont (HQ of the EU) and the Council of Ministers, by the then Europe correspondent of The Scotsman, David Gow. David got me accreditation as a lobby correspondent, attending official press conferences and unofficial briefings. I met the Europe correspondents of newspapers from all over the continent, got drunk with them in the same bars, ate with them in the same restaurants. It was a unique insight into the way it all worked back then—although I’m not sure if it has changed that much in all the years since.

At the end of it all, I made the long trip back home by rail and ferry. I recall a moment in the train heading north from Brussels to the coast, when we ground to a halt somewhere on the plains of Flanders. Through the early morning mist I saw a dirt track lined by naked winter trees curving away into the gloom. And for a moment I had a very visual image of disheveled and dispirited First World War troops trudging towards me through the mud.

Peter May is a Scottish television screenwriter, novelist, and crime writer. He is the recipient of writing awards in Europe and America. The Blackhouse won the U.S. Barry Award for Crime Novel of the Year and the national literature award in France, the CEZAM Prix Litteraire. The Lewis Man won the French daily newspaper Le Télégramme's 10,000-euro Grand Prix des Lecteurs. In 2014, Entry Island won both the Deanston’s Scottish Crime Novel of the Year and the UK’s ITV Crime Thriller Book Club Best Read of the Year Award. May’s books have sold more than two million copies in the UK and several million internationally.
http://www.petermay.co.uk/ 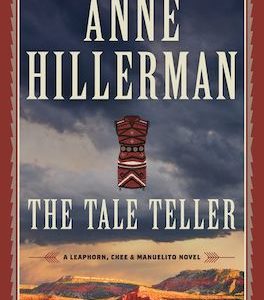 For the past twenty minutes, Joe Leaphorn, former Navajo police lieutenant turned private investigator when the job suited...
© LitHub
Back to top