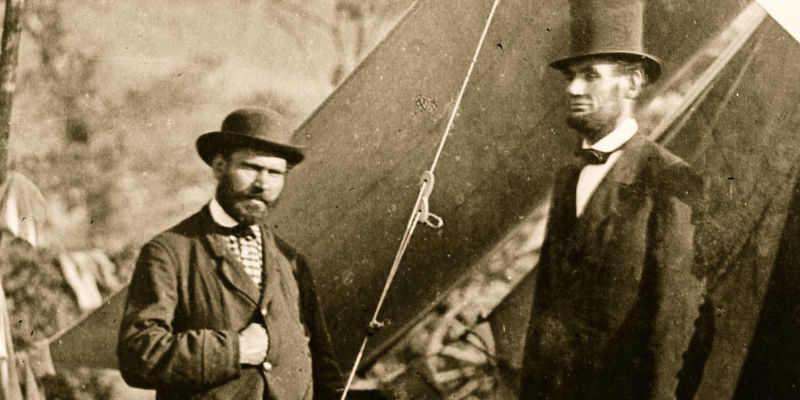 How Undercover Agents Slowly Made Their Way to America

—“You will all be blown to hell in short order.”

The United States Army and the Treasury Department had to haggle over Hiram C. Whitley’s investigative services because he was one of the relatively few professional undercover operators available to the federal government or, indeed, to any level of law enforcement, at that time. Prior to the Civil War, the only federal law enforcement agencies were small outfits dedicated to protecting the mails and collecting custom duties. United States Marshals arrested criminals suspected of violating a handful of federal criminal statutes, and helped execute federal court orders. The commissioner of Internal Revenue, and his agents, came on the scene in 1862.

These federal forces derived their limited authority from enu­merated powers granted in the Constitution: to provide postal service, impose tariffs, and levy taxes. They depended on appro­priations from Congress and cooperation from local authorities—county sheriffs, usually—who retained the primary responsibility for crime fighting. The sheriffs, in turn, relied on posses drawn from the armed citizenry. Full-time police departments first ap­peared around 1830, in large cities, crime being mostly an urban problem. These forces fielded no full-time detective bureaus until Boston established one in 1846, followed by New York in 1857, Philadelphia in 1859, and Chicago in 1861.

In all of this, the United States differed from the more devel­oped and centralized states of Europe. In London, the first full-time anti-theft patrol, the Bow Street Runners, began in 1749; followed by the Metropolitan Police under Robert Peel in 1829. Napoleon of France had his political spies under Joseph Fouché. In 1812, Eugène François Vidocq founded the French La Sûreté Nationale, a semiclandestine detective force targeting common crime in Paris. A brilliant and ruthless innovator, Vidocq had a long career as a forger, con man, prison inmate, and failed mer­chant before he put his talents at the service of the state. Most of his detectives were also ex-criminals, consistent with Vidocq’s dictum that police must “set a thief to catch a thief.”

Vidocq led the Sûreté until 1827, after which he wrote a mem­oir. It was an international bestseller; the first English translation reached American shores in 1836. Vidocq was the inspiration for detective characters in the popular works of Edgar Allan Poe and Honoré de Balzac. By midcentury, detective fiction was in vogue in the United States, while the National Police Gazette, founded in 1845, provided lurid tales of crime, and dramatic accounts of the lawmen who tried to bring the perpetrators to justice.

As much as they enjoyed reading about Vidocq’s exploits, or even admired him and his American imitators, Americans also harbored misgivings about applying Continental detective methods to their society. Europeans viewed law enforcement through the lens of their absolutist political tradition, which as­sumed the existence of a central state with authority over the entire national territory and a monopoly on the legitimate use of force. Americans took pride in their more libertarian repub­lican traditions, which arose in opposition to European monarchy, and expressed itself both in the Constitution’s limitations on federal power, and in the Bill of Rights—with its prohibi­tions against self-incrimination and unreasonable searches and seizures. The big exception, of course, was the elaborate system of surveillance and armed patrols, drawn from local white pop­ulations, that kept African Americans, both enslaved and free, under constant pressure, especially in the South.

As much as they enjoyed reading about Vidocq’s exploits, or even admired him and his American imitators, Americans also harbored misgivings about applying Continental detective methods to their society.

Attitudes changed somewhat after the Civil War broke out, when, of necessity, the federal government employed undercover agents for purposes that ranged from spying on the Confederacy, and its Northern sympathizers, to combating fraudulent military contractors. The Scottish-born postal-agent-turned-private-detective Allan Pinkerton lent his skills and those of his agents to the Union cause: he protected President-elect Abraham Lin­coln and broke up an assassination plot against him as he trav­eled by rail from Illinois to Washington for his inauguration in early 1861. Later Pinkerton gathered military intelligence for the Army of the Potomac under General George McClellan. The flamboyant Union detective Lafayette Baker—sporting a lapel badge declaring “death to traitors”—broke up a ring of pro-Confederate postmasters in southern Maryland, ran spies for Secretary of War Edwin Stanton, and hunted the Lincoln assassination conspirators in April 1865.

In this respect, as in many others, the Civil War fostered the expansion of federal power and the formation of an American nation-state. Yet as the war ended, many Americans still felt that federal covert surveillance, even in the name of revenue col­lection or public safety, ran contrary to the small-government ideology upon which the country had, in part, been founded. They often recoiled at the methods to which detectives inev­itably resorted: paying underworld contacts for information; wearing disguises and snooping on citizens; sting operations, or “put-up jobs,” as they were called; and, notoriously in the case of Lafayette Baker, torture. “It is easy to see that such a force, necessarily recruited from a class in society whose moral tone is somewhat below par, while on the one hand it may now and then contribute to the detection of crime, is a constant menace to everything most valuable in a republican government,” the New York World editorialized in 1867.

The newspaper had a point: in America, as in France, many a detective had come to his profession after a previous career on the margins of the law. How else, indeed, was he to acquire his expertise? Lafayette Baker, whose unsavory past included help­ing San Francisco’s bare-knuckled “committee of vigilance” rid the city of alleged criminals in the 1850s, was one example.

Hiram C. Whitley was another. 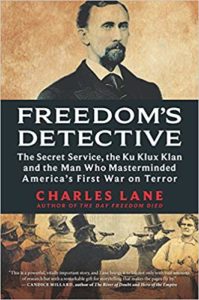 s a Washington Post editorial board member and op-ed columnist. A finalist for the 2009 Pulitzer Prize in editorial writing, he was the Post's Supreme Court correspondent prior to joining the editorial board. As editor of The New Republic, he took action against the journalistic fraud of Stephen Glass, events recounted in the 2003 film Shattered Glass. He has also worked as a foreign correspondent in Europe and Latin America. He is the author of two previous books. His latest book is Freedom's Detective, now available. 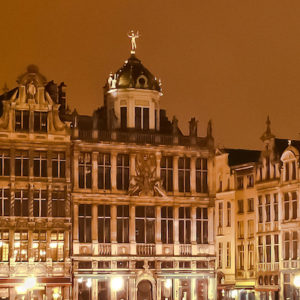 In the late 1970s, when I was just in my mid-twenties, I began work on the book which was to become The Man With No Face....
© LitHub
Back to top