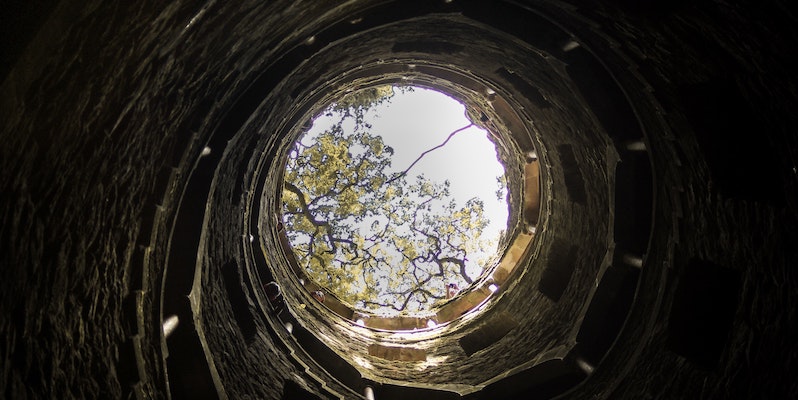 Finding the Mystery in Epic Fantasy

"Mysteries lie within (almost) every story and this is doubly true within the pages of fantasy novels."

I am an epic fantasy writer by trade, but I cut my teeth on mysteries.

My reading teeth that is. When I was 7, I was gifted a complete set of The Boxcar Children by Gertrude Chandler Warner right before summer vacation. The first evening of vacation I decided to open the eponymous novel and found myself sucked into this series of children who solve mysteries. It was the first (of many) series that I binge read—waiting for my Mom to tuck me in and then hiding under the covers with a flashlight, reading long into the night until finally I couldn’t keep my eyes open. (Reader take warning, the next school year a teacher told us an apocryphal story of Kipling reading by candlelight as a boy and destroying his vision…I don’t know if it’s true, but I remember being worried about it and a few years later I did in fact need glasses, so maybe find better lighting than a flashlight)

I devoured those books and found a lifelong love of all things mystery. The Adventures of Tom Sawyer followed where mysteries were hidden in adventure. Then proper whodunnits with Agatha Christie and Arthur Conan Doyle before I discovered the fantastical with C.S. Lewis, Susan Cooper, Robin McKinley, Robin Hobb, and Robert Jordan. They opened the door to the genre that caught me and hasn’t let go: fantasy.

The open secret is mysteries lie within (almost) every story and this is doubly true within the pages of fantasy novels. Some of my favorite ones are traditional whodunnits set in fantastical worlds. Skeptical? Don’t believe me? Let me help you out! Some of my recent(ish) favorite examples are The Dresden Files about a wizard PI who takes on cases for normies, Magic for Liars by Sarah Gailey about a non-magical detective sent to investigate a murder at her magical sister’s school, and The Company Man by Robert Jackson Bennett, an Edgar Award winning novel set in an alternative turn of the 20th century about a company PI sent to investigate union deaths in a steampunk city and finds himself caught up in the machinations of a corrupt underworld.

While those are some great examples of traditional whodunnit mysteries in fantasy, the more common form of mystery is the one employed by the father of modern fantasy, Papa Tolkien. Using mystery to create a sense of wonder. He may not have understood mystery novels as well as Agatha Christie, but he kenned the importance of mystery to drawing readers into the story. Mystery shows up time and again in the pages of The Hobbit and The Lord of the Rings, with worldbuilding from Hobbits to magical rings to dragons to evil overlords.

Two of the giants in the fantasy genre today, Brandon Sanderson and N.K. Jemisin use mystery to great effect. Sanderson’s known for his worldbuilding and scientific, rules-based magic systems. His first trilogy Mistborn in chock-full of mystery where an undying evil overlord rules a divided society of the haves and have nots. What I love about Sanderson’s use of the genre is that it’s everywhere: from the mists that cover the world at night and hide all manner of dangers to the metal-based magic system that allows mages to “burn” metal within them to unlock supernatural powers to why this evil overlord refuses to die despite scores of assassination attempts. Every single one of those elements ties into a single mystery that is slowly revealed over the course of the books and as a reader it’s a mind-blowing payoff when you reach “The End” and connect all the dots. N.K. Jemisin’s Broken Earth Trilogy is a masterclass in mystery as a sense of wonder and intrigue. Set in a post-apocalyptic world riven by massive climate change, Jemisin uses narrative voice to great effect (I never thought second person was a viable modern way to tell a story, but she proved me wrong), making us question everything from the unreliable narrator to the plot itself: about a woman hiding her secret power to find a missing daughter before she ends up like her son…murdered. The question all these fantasy stories ask, again and again—in their worldbuilding as well as their plot—is that most insidious of all questions: why?

Why is the first question babes learn and I’ve a strong belief that Why? is a driving factor that led humans to evolve into their current state. It’s a powerful interrogative, an intriguing one, and it’s the cornerstone of fantasy. From Narnia to Harry Potter even to the dystopian Hunger Games we, the readers, are driven by why. Why is there a world with talking animals and dancing and feasting around midnight fires beneath a glorious cacophony of stars (and why can’t we stumble through the wardrobe and join them)? Why can’t we get our Hogwarts letter? Why does Katniss have to sacrifice herself for these games? A thousand whys spawning a thousand more and readers love to immerse themselves in the journey to uncover those answers. It’s the bedrock of fantasy, really, and it’s a reason why I think there’s quite a bit of crossover between the genres, both on the writing and the reading side. We all enjoy escapism, sure, but what we find in the pages of fantasy novels is that epic journey from “In a hole in the ground there lived a hobbit.” all the way to Samwise Gamgee’s “Well, I’m back.” It’s that mysterious in-between that leaves us coming out the other side changed, transformed. Without that mystery, there’d be no fantasy and without fantasy, Dear Reader, we’d live in a dim, grey world indeed. 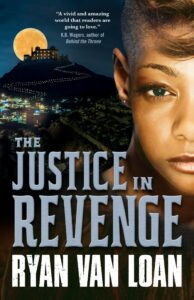 Share:
every story is a mysteryfantasyRyan Van LoanThe Justice in Revenge

RYAN VAN LOAN (he/him) served six years in the US Army Infantry, on the front lines of Afghanistan. He now works in healthcare innovation. The Sin in the Steel is his debut novel. Van Loan and his wife live in Pennsylvania. 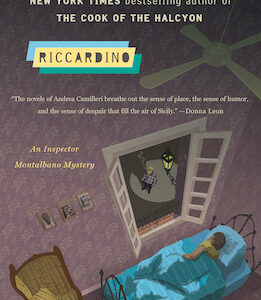 By dint of yelling and cursing and blasting his horn until his ears rang, he managed to carve a path through a crowd of fifty...
© LitHub
Back to top