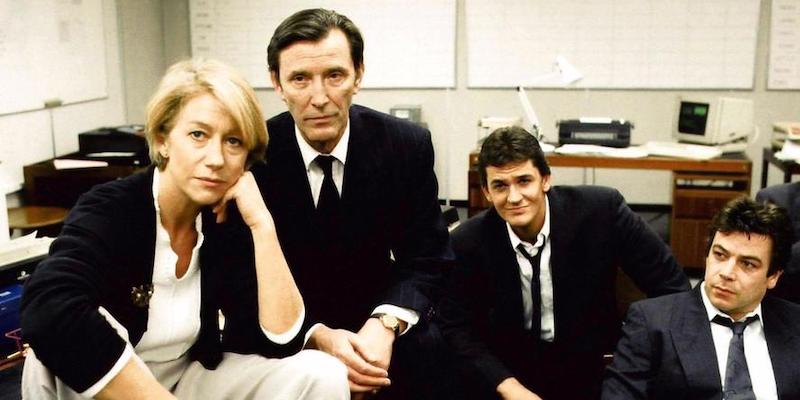 From Miss Marple to Manon Bradshaw, these women are constantly underestimated—and therein lies their greatest strength.

There was a time when women in thrillers were the body in the ditch or the killer’s terrified girlfriend. Ladies, we have come a long way… More and more female characters are driving the action—from nosey spinsters meddling in cosy crime villages to hard-nosed murder detectives leading the hunt and rustling up dinner at the end of the day. And I say amen to that.

I chose women investigators when I started writing thrillers. First, with journalist Kate Waters and now DI Elise King in my new book, Local Gone Missing—because they bring an edge, an interior life and a different perspective to the challenges of solving crime. And because I have been inspired by authors past and present who have given us a cast of fascinating, funny, insightful, chaotic, brilliant investigators. These are six of my favorites.

Miss Marple is where women detectives started for me. Hercules Poirot was too sneery and smug and Sherlock Holmes, too clever dicky. I couldn’t imagine them as human—cutting their toenails or taking the bins out. But Agatha Christie’s Jane Marple is someone you might see in the post office or on a bus—she’s the elderly neighbor, invisible because of her age and gender, who quietly watches people, noticing the things the real policemen have missed. There are no car chases or plunging over the Reichenbach Falls but Christie created an edgy menace around the everyday secrets of ordinary people and a redoubtable amateur detective who confronted evil with a scone in her hand.

DCI Jane Tennison in Prime Suspect by Lynda La Plante was a game changer for me when she appeared on British television in April 1991. The brilliance of this portrayal of a senior woman detective in a viciously misogynistic world was in refusing to make her a cartoonish heroine for the cause. The wonderful writer, Lynda La Plante and actress, Helen Mirren, created a woman who was brave, vulnerable, ambitious, unlikeable, sexy and manipulative. This was drama, not soap. And a television event. The first two hour episode went out on a Sunday evening and the second, the following night. It meant we were immersed in the brutality of the killer, the ingrained sexism of the incident room and DCI Tennison’s scrappy determination to solve the crimes. I was mesmerized—it was all I wanted to talk about at the time—and still am, more than thirty years later.

Susie Steiner’s DI Manon Bradshaw is the antithesis of DCI Tennison. Manon is tender, outrageously rude, insightful, funny and flawed. The third in the series—Remain Silent—has her juggling a toddler and teenager, marriage and illness while trying to solve the death of an immigrant worker. The stories are beautifully plotted, but it’s the brilliantly clear-eyed glimpse into the domestic chaos of a working woman—‘Marriage is a shit-show and you’d better start learning a way to navigate it’ is Manon’s mantra. And mine, now.

DI Alex Morrow in Denise Mina’s series set in Scotland, also has kids and a husband at home—but the books she stars in are a world away from your standard whodunnits. Mina tackles complex, gritty explorations of crime by daring us to care about the criminals. She builds layers of intrigue and horror. And at the defiantly unsentimental heart of the stories is DI Morrow. She’s smart, angry, chippie, compelling and is just getting on with the job.

Jia Khan from The Khan, the sensational crime debut by Saima Mir, is a female anti-hero who confounds all expectations. The book—compared by some to a south Asian reworking of The Godfather—is set in an unnamed northern city in the UK where Jia, a second generation British Pakistani and successful lawyer returns after many years. When her father, head of the family’s organised crime business, is murdered, she steps in to find justice. Jia knows she must not only be ‘twice as good as men’ but ‘four times as good as white men’ in order to combat misogyny and racism. She deals with clashing cultural expectations of how a woman should behave and the conflict of generations as old gives way to new.

And finally, the second Mrs de Winter in Rebecca by Daphne du Maurier. This book awakened a hunger for psychological thrillers when I was a teenager. I’d been a slave to Sherlock Holmes and Agatha Christie for years, hunting the red herrings and guessing the murderers. But Rebecca did something else. I was in the head of the new bride from those iconic first lines; chilled and intrigued by the menacing undertow (and the scariest housekeeper ever created). And it was only at the end that I realized I didn’t know her name. Brilliant. And I have included it in every book list I have ever compiled. 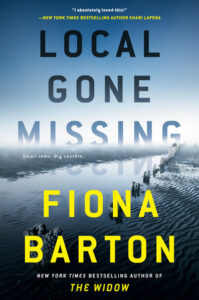 Fiona Barton is the New York Times bestselling author of The Widow, The Child, and The Suspect. She has trained and worked with journalists all over the world. Previously, she was a senior writer at the Daily Mail, news editor at the Daily Telegraph, and chief reporter at the Mail on Sunday, where she won Reporter of the Year at the British Press Awards. Born in Cambridge, England, she lives in England. 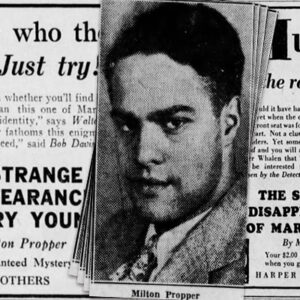 Death of a Mystery Writer Six decades ago, on March 7, 1962, the body of fifty-five-year-old Milton Morris Propper was discovered...
© LitHub
Back to top