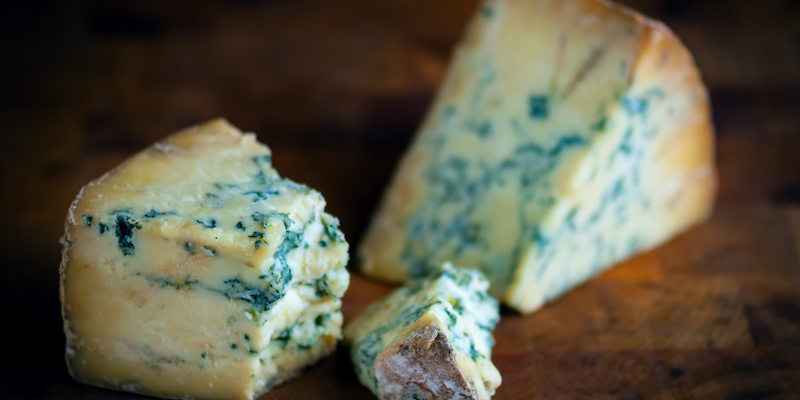 Discover the dark side of fromage...

Say cheese—and if murder and mayhem don’t come to mind, say it again, this time with murderous intent. Because as every true turophile knows, cheese plays a lethal if unheralded role in crime fiction.

Cheese has been around nearly as long as murder. A 3,200-year-old cheese was found in the tomb of Ptahmes in Egypt. Ptahmes served as the mayor of Memphis back in the 13th century BCE. But the real mystery is why people are clamoring up to sample the poisonous dairy product, which contains bacteria that could cause brucellosis.

I myself discovered the dark side of fromage while researching my newest Mercy Carr mystery, THE WEDDING PLOT, which opens on a Vermont goat farm known for its artisanal chèvre. (The perfect place for death by pitchfork. I’m just saying.) As it turns out, cheese is as ubiquitous in crime as it is in Gruyères.

THE CRIMINALIZATION OF CHEESE

Cheese’s association with crime would come as no surprise to law enforcement, given the many ways in which cheese turns up in investigations. Here’s a random sampling of real-life crimes in which cheese is involved:

– Oregon goat farmer Tracy Cloud was convicted of killing her estranged husband after he filed for divorce. She claimed it was self-defense, but the prosecutor said she did it for the $2 million she’d inherit after her husband’s death.

– In Pennsylvania, Christopher Pagano’s repeated indecent exposure and harassment of women earned him the dubious nickname of the “Swiss Cheese Pervert.” An eight-year sentence of probation and sex-offender counseling did not stop Pagano, who found himself in court again on similar charges. That is, exposing himself to women and offering to pay them to observe his rubbing Swiss cheese on his private parts. Hence the moniker. (I know you think that I am making this up. But I’m not; look it up.)

– In Wisconsin, land of the Cheeseheads, Lori Esker was crowned the Dairy Princess of Marathon County. But she had to turn in her tiara when she strangled her romantic rival Lisa Cihaski, who was engaged to the Dairy Princess’s ex-boyfriend. Inevitably, her story was the subject of a TV movie called Beauty’s Revenge.

WHO STOLE MY CHEESE

By far most common criminal activity involving cheese is theft. Cheese is the most stolen food in the world: it’s pricey, portable, and perfect for money laundering.

In Italy, organized crime steals so much Parmigiano Reggiano that Italian banks often hold their customers’ rounds in their vaults for safekeeping. Cheesemakers in other European countries, most notably the Netherlands, have also been the victims of theft—the stolen cheese believed to end up in Russia. In the United States, it’s cheddar that most often disappears from dairy farms and delivery trucks. And in the U.K., recent economic woes have given rise to a spate of cheese thievery, forcing grocery stores to place security tags on packets of cheese.

You can see why I fell in love with the ugly side of the cheese business. It’s a novel waiting to happen. And it has….

COZYING UP TO CHEESE

Cozy mystery writers and readers must love cheese as much as they love cats. There are so many individual cozies lauding cheese that the list would go on forever, topped by Joanna Fluke’s  Cherry Cheesecake Murder and Triple Chocolate Cheesecake Murder and Lynn Cahoon’s Who Moved My Goat Cheese.

So let’s consider the cozy series dedicated to cheese. There are not one, but two cheese shop mystery series:

The Cheese Shop Mysteries series is published by St. Martin’s Paperbacks. Korina Moss’s cozies are set in Sonoma Valley, as good a place for cheese as any. With titles like Cheddar Off Dead and Gone for Gouda, what cozy fan could resist?

Ditto for the Cheese Shop Mysteries published by PRH. Avery Aames’ cozies are set in Providence, Ohio—if you’re skeptical, you should know that Ohio ranks as #11 in the nation for dairy production—and boast titles such as Days of Wine and Roquefort and Lost and Fondue.

Finally, there’s a new cozy mystery series dedicated to the most popular sandwich in America, according to YouGov, the almighty Grilled Cheese. Penned by Linda Reilly, the Grilled Cheese Mysteries debuted earlier this year with Up to No Gouda.

CHEESE BY ANY OTHER TITLE

To Brie or Not to Brie, Final Fondue, Clobbered by Camembert. Titles like these are one of the glories of writing cheese-related cozy mysteries. But even when they don’t write cozies about cheese, crime writers find a cheesy title hard to resist.

Last but not least, the acclaimed classic of suspense that rewrote the rules of young adult literature, Robert Cormier’s I Am the Cheese, a terrifying story of corruption and conspiracy, told through the eyes of a teenage boy.

THE CHEESE AS MUSE

Cheese doesn’t just fuel titles and plots in crime fiction, it fuels characters and writers as well. Rex Stout’s Nero Wolfe loves his cheese, and Giorgio Camilleri’s Inspector Montalbano dines upon the Sicilian delicacies pasta n’casciata, a classic dish seasoned with ragout, eggplant, and caciocavallo cheese. It’s reasonable to assume that the creators of these iconic sleuths liked cheese, too. Certainly some of our best crime writers today are turophiles—and they don’t mind saying so.

– Cara Black writes the Aimée Leduc mysteries; the 20th novel in the formidable series recently debuted to wonderful reviews. Cara admits to cheese being one of the perks of writing novels set in Paris. “I love going to the market and discovering a new cheese shop or patisserie that’s new to me,” she told Jungle Red Writers. “Of course, I need to sample, right?”

– Jane Casey, the Irish author who writes the bestselling Maeve Kerrigan series as well as standalones and YA thrillers, also counts cheese among her muses/guilty pleasures, according to The Irish Examiner. “Cheese. I have no restraint when presented with a decent cheeseboard. But I try to enjoy it instead of feeling bad about it.”

– Celebrated Scottish author Val McDermid is a veritable force in the crime genre, but she told The Guardian that her superpower is related to cheese, not writing. “I probably have too great an appetite for cheese. I was once asked what my superpower was and I said the ability to make an infinite quantity of cheese disappear.”

God knows I ate my way through the first draft  of THE WEDDING PLOT, developing a taste for tangy goat cheeses and bloomy rind cheeses that I didn’t see coming. Forewarned is forearmed: Cheese could happen to you, too.

The most over-the-top example of Cheesy Murder comes from none other than Anthony Horowitz, international bestselling author of Magpie Murders among others and the creator of the long-running TV show Midsomer Murders.

In “Schooled for Murder” (Season 15, Episode 6), it’s all about death by cheese when an employee at is crushed by a colossal round of cheese at the dairy famous for its Midsomer Bleu Cheese is made. Subsequent murders include being choked to death by cheese wire, stabbed with a cheese syringe, and stomped to death by Scottish dairy cows.

Such cheesy fun that you want to break out the scotch and the stilton.

If all else fails, you can always do what the Uruguayan sailors did during a 19th century sea battle with Brazil when they ran out of cannon balls. The clever captain ordered them to fire stale cheese balls at the Brazilian ship. The cheesy ammunition struck the mast and sliced the sails, and many aboard died. The enemy retreated.

What I learned during my research for THE WEDDING PLOT is that when it comes to cheesy murder, anything is possible. Remember that the next time you indulge in a little wine and cheese…. 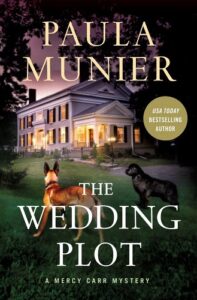 PAULA MUNIER is the USA TODAY bestselling author of the Mercy Carr mysteries. A Borrowing of Bones, the first in the series, was nominated for the Mary Higgins Clark Award and named the Dogwise Book of the Year. Blind Search also won a Dogwise Award. The Hiding Place appeared on both Lesa Holstine and Dru Ann Love's Best of 2021 Lists. THE WEDDING PLOT debuts in July 2022. Paula credits the hero dogs of Mission K9 Rescue, her own rescue dogs, and a deep love of New England as her series’ major influences. A literary agent by day, Paula has also written three popular books on writing: Plot Perfect, The Writer’s Guide to Beginnings, and Writing with Quiet Hands, as well as Happier Every Day and the memoir Fixing Freddie. She lives in New England with her family and Bear the Newfoundland-retriever rescue, Bliss the Great Pyrenees-Australian cattle dog rescue, pandemic puppy Blondie, a Malinois rescue (much like Elvis in her books), and Ursula The Cat, a rescue torbie tabby who does not think much of the dogs. 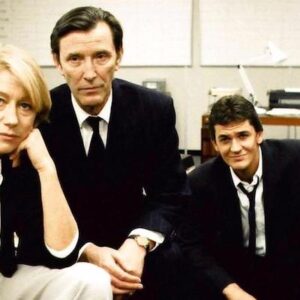 There was a time when women in thrillers were the body in the ditch or the killer’s terrified girlfriend. Ladies, we have...
© LitHub
Back to top