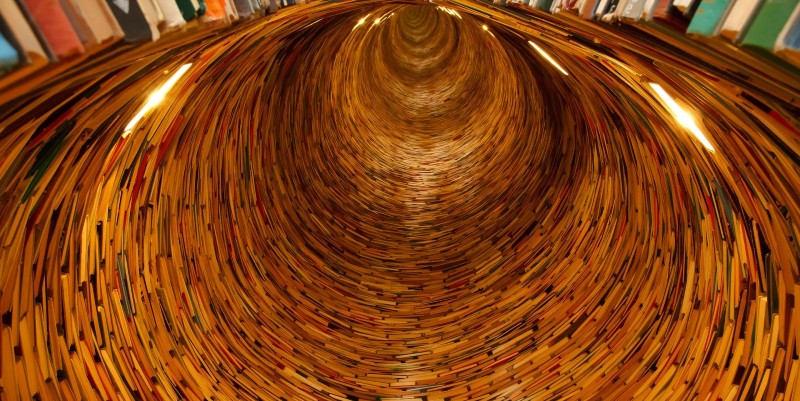 These authors refuse to use deafness as a narrative device.

To solve a modern mystery novel, you usually need all your wits about you, and to employ all of your senses. But what happens when the detective or victim doesn’t have access to one of those senses? When I set out to write a novel featuring a sign language interpreter, I knew I wanted my deaf characters to be well-rounded, showing the diversity within the Deaf community. Thankfully, as a society we’re moving away from fiction that uses deafness as a narrative device without much development of the deaf character as an individual, falling foul of the ‘Inspirationally Disadvantaged’ trope. (You know the one—a disabled person does something like asking their crush to prom and is hailed as a hero; or the deaf character uses their special magic lip-reading skills to relate an entire conversation from grainy CCTV footage where the speakers’ faces aren’t even visible.) If you’re looking for some crime fiction with deaf characters who are more than just a plot point for the hero to learn something from, here are a few suggestions. 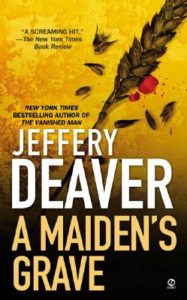 A Maiden’s Grave, by Jeffery Deaver

Deaver has written one of the best portrayals of a Deaf community that I’ve read. A group of deaf students and their teachers are taken hostage by a trio of escaped convicts when their school bus stops at the scene of a car wreck. The novel focuses on the negotiations between the FBI and the hostage takers, but the deaf characters, particularly the trainee teacher, Melanie, are integral to the plot. Not content to sit and wait to be rescued, Melanie takes things into her own hands, literally, as she sees the potential for the use of sign language to hatch a plot behind the kidnappers’ backs. 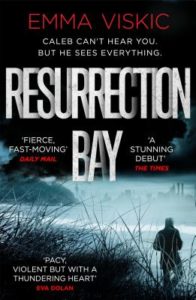 Insurance investigator Caleb Zelic was deafened at the age of five by meningitis, and clearly carries a lot of anger at the barriers this has placed in his way. As he becomes embroiled in the investigation into the death of a friend, he is forced to face his own issues surrounding his deafness, as well as some pretty violent criminals. His pride leads to a reluctance to ask for help when he needs it, and this feels really genuine, highlighting the insecurity that he feels, and Viskic has done a great job at portraying the different modes of communication he uses with different people, depending on their relationship. He has a colleague whose poor attempts at sign language add some comic relief to the darkness of the plot, a brother whose moods can be read depending on whether he will sign, and an ex-wife who knows him intimately enough to blend speech and sign in the most effective combination for him. 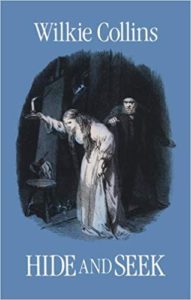 Hide and Seek, by Wilkie Collins

A 19th Century example, featuring Mary, aka Madonna, a girl who was deafened after a horse-riding accident in the circus at the age of seven, and is subsequently paraded around as an interval act for people to pity. One character’s horror at the way Mary is treated, as a freak to be stared at and pawed over, provides a fairly damning social commentary on some attitudes of the time. Mary’s adopted parents learn to sign, using the fingerspelling alphabet and a system of home signs, and their friends and family do the same, in order to include her in their lives. Despite some of the language of the time being difficult to get past with modern attitudes (‘deaf and dumb’, the girl’s ‘affliction’), Collins does an excellent job of portraying a deaf character as a person to whom equal rights should be afforded. 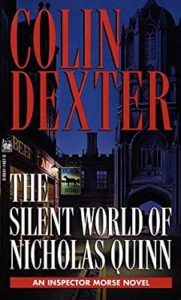 The Silent World of Nicholas Quinn, by Colin Dexter

This early Inspector Morse novel centers around the death of the eponymous Mr Quinn, who is severely deaf. It opens with a group of men discussing whether or not to employ him, because his deafness will, essentially, be an inconvenience to them if they need to make adaptations. Quinn is an excellent lip-reader—sometimes this concerns me when it’s used as a narrative device, but Dexter (who himself was deaf) portrays it accurately. Quinn went to classes to learn to lip-read, it wasn’t an innate skill, and despite being particularly adept at it he still misunderstood words that have the same lip pattern. In fact, the denouement hinges on this fact! I’ll say no more… 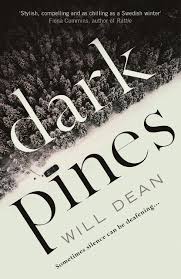 No discussion of deafness in crime fiction would be complete without Tuva Moodyson, Will Dean’s main character. A journalist in a small town in rural Sweden, Tuva is desperate to write the story that will make her name and get her a job in the city. Tuva’s deafness occasionally throws challenges in her way, but when she finds a link between a recent murder and a serial killer from twenty years earlier, she’s determined to dig out the truth. She does come across some negative attitudes towards her deafness, but takes them in her stride, and generally doesn’t give a damn what others think of her. 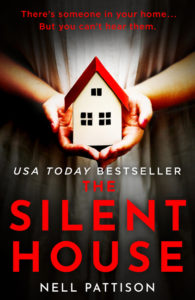 After studying English at university, Nell Pattison became a teacher and specialized in Deaf education. She has been teaching in the Deaf community for 14 years in both England and Scotland, working with students who use BSL (British Sign Language), and began losing her hearing in her twenties. She lives in North Lincolnshire with her husband and son. Nell is the author of novels The Silent House, which was a USA Today bestseller, Silent Night and The Silent Suspect, featuring British Sign Language interpreter Paige Northwood. Nowhere to Hide is available now. 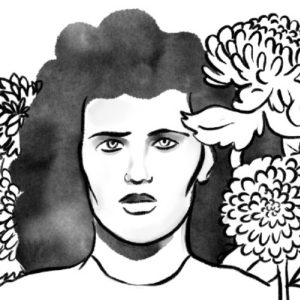 —This story is a co-publication with The Delacorte Review. It is the coldest of cold cases, a case so old the detective...
© LitHub
Back to top