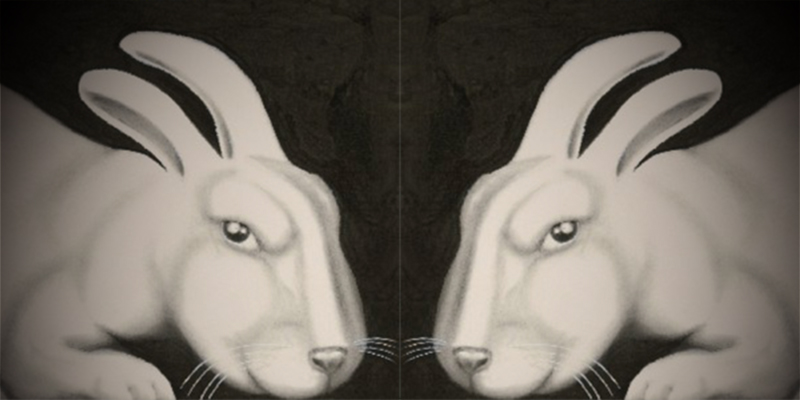 How do you begin writing a book? In the case of my debut collection of fiction, you walk out onto your front lawn in the midst of trying to decide between two book ideas that are stirring inside of you—one eerie, one less so—and find a dead hare on your lawn, then, viewing it as a sign, pack up your possessions and pets and move from your cottage on a gentle hillside in the south west of England to part of a remote looming farmhouse on top of a northern almost-mountain above an infamous 17th-century plague village where, snowed in during the most ferocious winter in recent memory, you let the ghosts of the landscape and the building take over your mind until, as the first primroses briefly show their heads, you can plan your escape back to normality.

Due to the very particular circumstances of its creation—a kind of method writing experiment undertaken in December 2017 that, while very good for the writer part of my brain, was not always so good for some of the other parts—Help The Witch was always going to be a spooky book. Also, I’m fascinated by spooky things: spooky walks, spooky buildings, spooky objects. As someone who’d published nine works of nonfiction of an increasingly folkloric nature, I’d long yearned to make some stories up of a slightly unsettling nature, something a bit witchy, something which might or might not contain ghosts, depending on who was reading it. Straightforward horror, though? I’d never really fancied writing that, nor been the biggest reader of it, and any thoughts of genre upon embarking on a book seem like a kiss of death to true single-minded creativity. I suppose I have read and enjoyed plenty of literature that might be described as “horror” over the years but Help The Witch is definitely not a horror book, more a collection of stories about varying people in a variety of landscapes where often something a little uncanny or eerie also happens to be going on.

When I’m working on a new project, I like to read quite far outside the area I’m writing in, if at all possible, and Help The Witch—much like my just-finished novel, Villager—could be described spooky fiction influenced primarily by non-spooky fiction. That said, I do love a story that touches on the uncanny or mystical in a low-key way, and here are a few less obvious stories of a certifiably eerie nature that swirled around inside me during the period leading up to Help The Witch and can definitely be said to have left their apotropaic marks on the lintels of my mind: 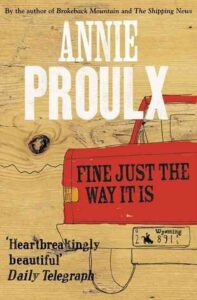 I can’t think of a living writer whose mind I am more in love with than Proulx. She frequently writes about overlooked places and people, ostensibly small rural lives, which could prompt a person unfamiliar with her work to make the mistake of thinking that her range is not as huge as it is. Rarely does that range include the eerie, but she nails it here, with this comic tale of a kind of herbaceous Bermuda Triangle: a sagebrush resembling a child reaching up towards an invisible parent, which, after being taken into the care of a stationmaster’s wife searching for a focus for her frustrated maternal instincts (her previous child substitute, a piglet she’d dressed up in swaddling clothes, had tripped over the hem of its dress and been carried off by a golden eagle), grows ever bigger over the decades, possibly in direct correlation with the people in its vicinity who mysteriously vanish. The Sagebrush Kid, like most of the other stories in Proulx’s three-volume Wyoming series, is about people, lovably raw characters from the rustic past, but perhaps more than that it’s about the mysterious power of landscape and all that we can’t quite know about it. My two favorite subjects, then, in the capable earth-stained hands of perhaps my favorite living short story writer. What is not to love? 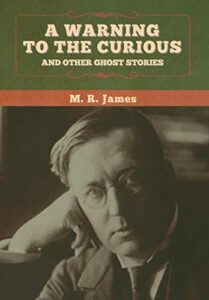 I live in the soggy uplands of the UK’s South West Peninsula, and it’s this terrain that’s influenced my recent fiction the most, but it was earlier, during a thirteen-year stint in the much less rugged, more arid opposite side of the country, that I fell for the writing of MR James. There could be no more apt place to do it: the stories James wrote in the early 1900s, often set in the flatlands of Suffolk and Norfolk, are all about the power of suggestion, the insidious malevolence of what is hiding in plain sight. This one (I also recommend the low budget TV adaptation from the 1970s, starring Peter Vaughan) is a particular favourite, set in a heathy, dunesome landscape that will be immediately familiar to anyone who has visited the coast around Aldeburgh or Holkham, and, like so many of his stories, revolves around a lone male rooting around where he shouldn’t, an ancient terror, and a lonely place under a big sky. James is a writer lacking in dimensions, for sure—he studiously avoids relationships and romance, and has at best limited interest in female characters—but he does do the perils of intellectual vanity and the dark power of esoteric objects very well, and conveys layered primal horror with a gratifying minimum of hysteria. I defy anyone to read him then walk in the East Anglian landscape in winter and not see a lonely ruined abbey or tumulus in a new, icier way. 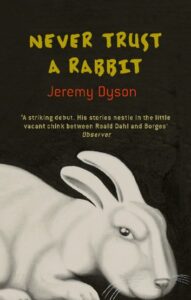 Dyson is best known as being the non-acting member of The League of Gentlemen—a macabre, troubling and often very funny sketch show, aired on the BBC between 1999 and 2002—so it’s perhaps no surprise that his debut collection of short stories, “Never Trust a Rabbit,” walks the line between comedy and terror so deftly. A must for anyone who enjoys the brain tanglings of Borges or the darkness of Road Dahl’s more adult work, these stories, fascinated by pre-war architecture and old magic, seem more redolent of a rainy, lost mid-twentieth-century urban Britain than their modern-day settings. “City Deep,” while not quite as walking-into-an-empty-lift-shaft surprising as some of Dyson’s other tales, is the one that stuck with me most powerfully, and not just because when I first read it, in 2000, I was in the first stages of mutation from a person unthinkingly nonchalant about travel on the London Underground to somebody who found the idea of whizzing along through subterranean tubes at high speed genuinely terrifying and slightly wrong. How safe, really, are all those tunnels? What else is down there? What is behind those grimy curved walls? Here, Dyson explores these questions, and more, creating a suffocating atmosphere with an assurance that belies his status as a debut author. 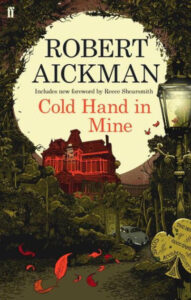 I can’t think of many better accompaniments to Dyson’s story than this one, written in the 1950s about a deeply lonely man in an urban building going through a subtle kind of breakdown, haunted and victimized, it seems, by his own telephone. In his three decades as a writer of short stories and novels, Aickman explored his “reverence for things one cannot understand” and skillfully built atmospheres of the most astonishingly nuanced foreboding yet spent his life on the edge of commercial success, perpetually wondering if he would be published again. It’s the half-explained things that make this story a masterpiece: the romantic life of the protagonist Edmund, what has or hasn’t happened with his absent lover, Teddie. So many of the details are from a bygone technological age—one of telephone exchanges and clicks on the line—but the story’s sense of machines as a fraudulent cure for isolation, perpetual dastardly creators of false hope, is amazingly prescient. As for the writing, you might think “I could do that” until you really, properly read it, until you appreciate the brilliance of a line such as “Clutching his personality,” until you realize the extent of Aickman’s restraint as a storyteller, always staying just behind a crucial border, never crossing it and making what he is telling you so much less interesting.

Ruth L. Tongue – “The Men in the Turnip Field”

I purchase what might seem like an impractical amount of obscure secondhand books on old British folklore. Not only do I love them as pieces of storytelling and as (particularly when they’re from between 1930 and 1975, the golden age of folkloric cover art) objects, there is always the thought that you might find one nugget of information or magic in them not available anywhere else, which will elevate your own work. In the build-up to writing Help The Witch, I was hugely enraptured by the oral histories and folklore recorded and saved by writers such as Ruth L. Tongue and Katharine Briggs during the middle of the twentieth century, many of which are very chilling and ghostly indeed. I can’t really give you the gist of “The Men in the Turnip Field,” an old Somerset story from Tongue’s peerless 1970 book Forgotten Folk-Tales of the British Isles, without spoiling the punch line, but let it suffice to say that it’s by far the best and most jolting tiny ghost story I’ve ever read. Tongue (a Somerset native, and an example of nominative determinism if ever there was one) can herself lay artistic claim to the narrative more than most of the others in her book, owing to the fact that another version of it was originally told to her by her elder brothers. I am fascinated by passing down of stories, the way time reshapes them. I’d love to be like Tongue, traveling to find tales preserved in isolated rural communities, but I am a product of a far less patient and compartmentalized information era. I appreciate Wikipedia. How can I not? But the more I write, the more I do so with an underlying faith that the real stuff—the stuff that will retain meaning, and truly endure—will be passed down via the printed page or the human voice. 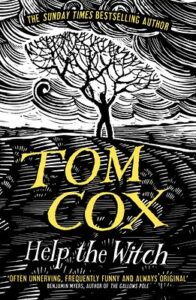 Tom Cox lives in Norfolk, and is the author of, most recently, Help the Witch (available now from Unbound), a collection of spooky country tales whose titular story won a Shirley Jackson Award. He is also the author of the Sunday Times bestselling The Good, The Bad and The Furry and 21st-Century Yokel, which was longlisted for the Wainwright Prize. He is on Twitter @cox_tom and is also the force behind the enormously popular Why My Cat is Sad account. 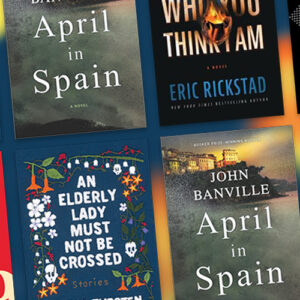