We authors have long been associated with cats. Inspired—or besotted—we cohabit with them, indulging their whims and suffering their ills and tempers as we dole out treats and nurse the occasional scratch or accident or broken heart. Along the way, we write about them, both as they are and as the bewitching creatures they often seem to be.  As a result, they show up so often in literature that it is nearly impossible to list only a few favorites. But I will try—presenting five felines who have left their clawmarks on my heart. 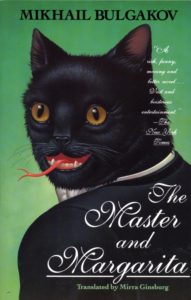 Chatty, gluttonous Behemoth could be any housecat, were it not for his command of language (particularly sarcasm), firearms, and anarchy. Yes, the enormous black cat who steals the show in Mikhail Bulgakov’s The Master and Margarita is a demon. But a charming and funny one. Just watch your vodka and your mushrooms, too. 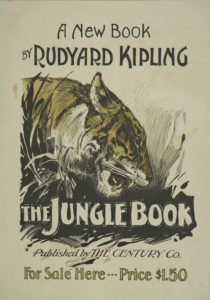 Mowgli’s companion in The Jungle Book, the regal black panther understands something of the feral boy’s life because he, too, was once held captive by humankind, and he wins our love and respect because he cares for (and tries to educate) the boy despite the hardship he survived.  As a girl, I loved this book. What child doesn’t dream of running off to live with the animals? In retrospect, Bagheera’s ultimate submission to mankind is another sign of the author’s regrettable colonialism. Ah well. I still think panthers are cool. 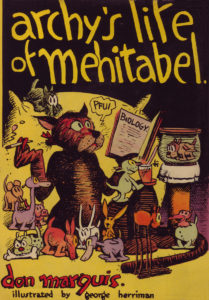 Toujours gai!  Some of us are born to be writers, some muses. Don Marquis’s fancy-free alley cat serves as the inspiration to his poetic cockroach, Archy, and he throws himself onto the keys of Marquis’s typewriter each night to chronicle her loves and losses. The wild-hearted Mehitabel is no romantic ideal, however, and Archy remains as clear-eyed about her selfishness and cruelty as he is about her bravery and resilience. We should all be so well loved. 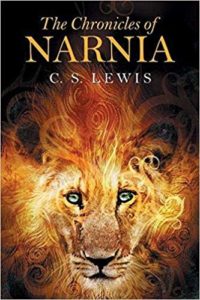 Not a cat, you say? It is true that toward the end of The Chronicles of Narnia,  author C.S. Lewis gives the game away, having the divine lion reveal to young heroine Lucy that he can be found in prosaic old England too, telling her gently (in Voyage of the Dawn Treader)  “But there I have another name.”  But the Christian proselytizing that is (to an adult) pretty obvious throughout the series misfired for this early reader. Yes, I got that Aslan’s willingness to sacrifice himself for Lucy’s brother Edmund’s misdeeds was noble and rare. To me, that only cemented the idea that cats are wonderful creatures, and set me on my current path. 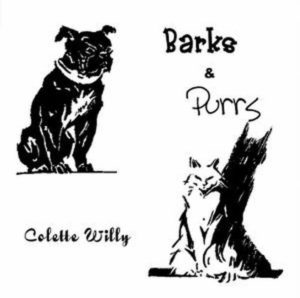 Colette’s closely observed cat, Kiki-the-demure, takes center stage in Barks and Purrs, an early collection of imagined conversations that has the longhaired feline sparring with the author’s other animal companion, that snoring brute of a bulldog, Toby-Dog. Cats were a constant in the French author’s work, serving as metaphor as often as muse, and standing in for women, for love, for the fickle nature of appetite. Kiki was the original, however, an actual feline written as one. “I am a perfect picture of the god I was in the old, old days,” she says. Indeed.

Clea Simon is the author of more than two dozen mysteries, most recently the psychological suspense Hold Me Down (Polis). She can be reached at www.CleaSimon.com, on Twitter at @Clea_Simon, and Instagram as @cleasimon_author.
http://www.CleaSimon.com 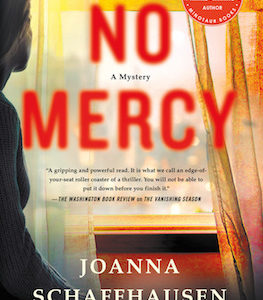 At his desk, Reed focused on the background workup on a suspect in a car bombing case in Birmingham, Alabama, that one of his colleagues...
© LitHub
Back to top