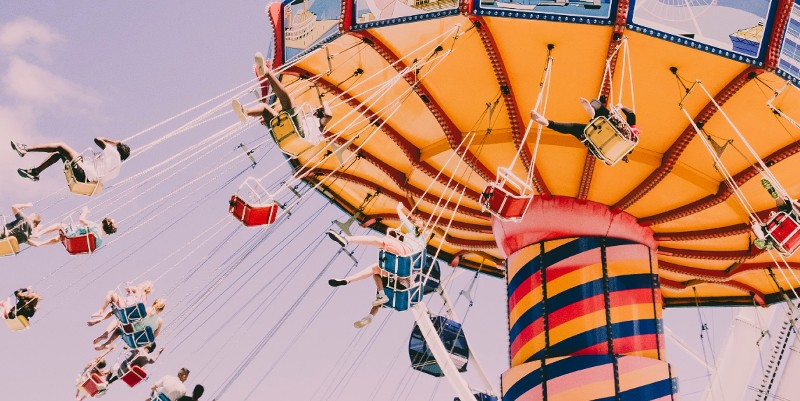 County fairs—an enduring slice of Americana—conjure memories of thrilling carnival rides, neon lights that turn night into day, the thumping of music felt deep in one’s chest, heady deep-fried scents wafting from food trailers. These are the memories of childhood, before the patina of nostalgia fades, and our minds take note of the inherent creepiness that lies dormant in the shadows of the midway.

Fairs have played an important role in society since Roman festivals, and possibly even earlier. Medieval fairs blended religion and commerce. In modern times, fairs often mark the end of summer, a celebration of an agrarian lifestyle and accompanied by a soundtrack of country music. Visitors cluster in the dappled shade cast by carnival rides and rest on hay bales scattered like afterthoughts, the soles of their shoes sticky with ice cream drips and spilled sodas. It’s where many 4-H members show the animals they’ve nurtured from birth, cared for and trained, and then sell off for slaughter.

It’s that darker side of the fair that appeals to me as a mystery writer. The dichotomy between wholesome and seedy. My imagination quickens when families with their strollers and sugar-high children retreat, and an older crowd creeps in to prowl the midway. The calliope music that thrilled me as a child now is a breathy warning that something’s awry.

It’s that same calliope music that plays in the background of the Echo Valley Fair in the opening pages of Mercy Creek. Detective Jo Wyatt gauges the teeming crowd, guarding against trouble. A teen Internet influencer angles for attention. An eleven-year-old girl finds the midway overwhelming and seeks sanctuary in the livestock pavilion with her steer. Three disparate viewpoints, but who among them will heed that breathy warning?

Carnivals are populated with lost souls. Grifters and drifters. Thieves and marks. The same kind of folk that find themselves in many a fine mystery. In some ways a fair is a Hall of Mirrors writ large, pulling and pushing our characters like taffy until they no longer recognize their own reflections or what they are capable of doing when they think no one is watching.

It is at once a venue of innocence and yet no place for the innocent. Which is precisely what makes it the perfect setting—as the following books prove. 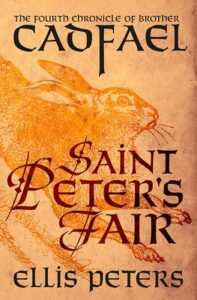 I graduated from university with a Medieval Studies degree, so it will come as no surprise that Ellis Peters’ fourth book of The Cadfael Chronicles made this list. (Peters is the nom de plume for Edith Pargeter.) Published in 1981, Saint Peter’s Fair is set during a lull in the civil war that pitted King Stephen against Empress Maude in their fight for the English throne. The fair offers a respite from the violence of the day and it tells the tale of a wealthy twelfth century merchant who traveled to Shrewsbury for the St. Peter’s Fair. His murder requires the sleuthing ability of the warrior-turned-monk, Brother Cadfael. Peters plays with history’s timeline a bit, but the chronicles hew remarkably close to the political realities of 1139. Here the fair acts as a crossroads, bringing merchants from across the realm to mix with a suspect close to home. And whenever money is involved—and make no mistake, medieval fairs lined the coffers of church and nobles alike—there is motive. But in a country divided, it is rarely the only one. 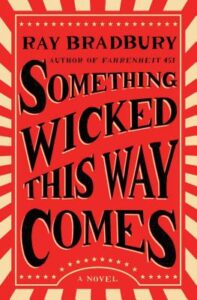 Something Wicked This Way Comes by Ray Bradbury

This 1962 classic by Ray Bradbury takes its title from a line in Shakespeare’s Macbeth, and the foretold wickedness descends on a small midwestern town in the form of Cooger & Dark’s Pandemonium Shadow Show. The end of October is late for a traveling carnival, and its arrival thrills best friends William Halloway and James Nightshade, both thirteen. But what starts out thrilling quickly turns sinister. After exploring the rides and sideshows, the two boys flee from a frightening encounter with Mr. Dark and Mr. Cooger. Driven by curiosity, they hide and witness a mysterious event that marks them for danger. If the mirror maze and a carousel with dark powers aren’t creepy enough, the characters of the Shadow Show more than make up for it. 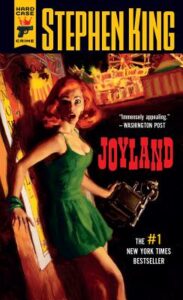 Everyone has a favorite Stephen King novel, and this is mine. An older Devin Jones reflects on his lost year, that year in 1973 when the “twenty-one-year-old virgin with literary aspirations” worked for Joyland, the North Carolina amusement park, befriended a young, dying boy with psychic abilities, and got over one heartache by falling in love again. It’s not a Stephen King novel without a supernatural element, and in this case, that element is the ghost of a murdered girl who haunts the park’s Horror House. This story is a bit of genre mashup, but first and foremost it is a spooky murder-mystery steeped in carny lingo and nostalgia that netted King an Anthony (2014), Edgar (2014), and Goodreads Choice Award (2013) nominations. In Joyland, the calliope music is pitch perfect. 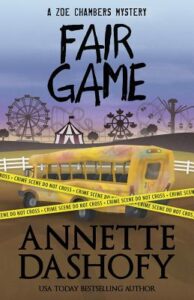 Don’t let the cover fool you. Annette Dashofy’s Fair Game is a traditional, not cozy, mystery. In the eighth Zoe Chambers Mystery novel, the dedicated paramedic and accomplished horsewoman divides her time manning the on-site ambulance and partaking of the Monongahela County Fair—including showing her horse. Nominated for an Agatha Award for Best Contemporary Novel in 2019, Dashofy spotlights some of the lesser known, but beloved, aspects of county fairs—the community exhibits, livestock competitions, tractor pulls, demolition derbies (in this case involving school buses), and the camaraderie and differences of people who live in small towns. Dashofy also captures the anticipation that thrums through a fair as the grandstands fill and events unfold. I’ll never look at a demolition derby the same way again. 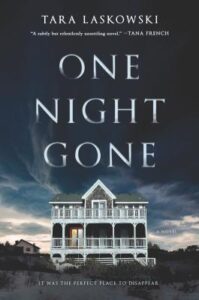 One Night Gone by Tara Laskowski

After success with short stories, gothic suspense writer Tara Laskowski tackled the novel and burst onto the mystery stage in 2019 with One Night Gone, winning an Agatha, Anthony, and Macavity Award for Best First Novel, in addition to being named a finalist for the Lefty Award, Mary Higgins Clark Award, and more. This dual-timeline story takes place in the small town of Opal Beach. Maureen works for the traveling carnival that sets down summer stakes in the wealthy enclave and she decides this is where she’ll change the trajectory of her life. Through her, we simultaneously experience an insider’s perspective of a carnival and her position as an outsider in the small community. “And one thing I’ve learned from working these towns is that rich boys love the carnival girls. We are the elusive, exotic prize on the top shelf, the one that it seems urgent to win in the moment, even if it will be forgotten and tossed away later.” Fast forward three decades and Allison arrives during the off-season to house-sit a home on the beach. She soon finds herself immersed in the mystery of Maureen’s disappearance thirty years earlier and the indifference of those who dismiss the girl as disposable. Using alternating passages, Laskowski takes her time revealing the similarities between these two outsiders as they struggle to reinvent themselves, and in the process uncovers dark secrets that swirl in both women’s wakes. 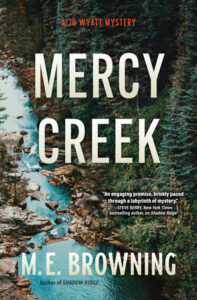 M.E. BROWNING writes the Jo Wyatt Mysteries. The first in the series, Shadow Ridge, won the Colorado Book Award for Mystery and the silver medal in the popular fiction category of the Florida Book Awards. The adventures continue in Mercy Creek, which launches in October 2021. Writing as Micki Browning, she penned the Agatha-nominated and award-winning Mer Cavallo mysteries, Adrift and Beached, and her short stories and nonfiction have appeared in anthologies, textbooks, diving and mystery magazines. Micki’s novels draw on her twenty-two years of experience in law enforcement. An FBI National Academy graduate, she retired as a captain before turning to a life of crime…fiction. Visit mebrowning.com to learn more. 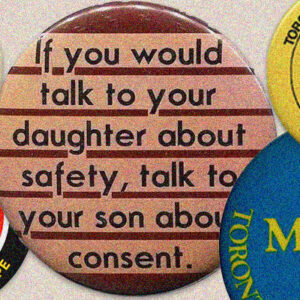 ― “I tried to find my own edges again, tried to remember the shape of my own body, repeating the same words out loud...
© LitHub
Back to top