Author Luanne Rice pays homage to novels that explore the majesty and the suspense of the great outdoors.

I grew up near three hundred wild acres that contained woodland, marshland, rocky coves, granite ledge, and a mysterious grave. My sisters and I spent countless hours exploring when we were young—fishing for snapper blues and blue crabs, searching for owl pellets, collecting bouquets of wildflowers and marsh grass—so when the time came for me to set The Shadow Box in a wild landscape, that was the one I knew I had to write about.

In the novel, Claire Beaudry Chase has been attacked and left for dead. She has to hide out and stay alive, and she uses her own instincts, her knowledge of the woods and shore, and skills taught to her by her father. Her husband is a state prosecutor, about to run for governor, and he has a cadre of powerful supporters who know that Claire possesses knowledge that could damage his chances. She is up against all their money and influence, and she stakes everything on the belief that nature will save her.

Years ago I engaged in a literary experiment that turned out to be one of the most wonderful of my life. I wrote a novel with another writer. Joe Monninger and I wrote The Letters, about a couple getting divorced after their only son died in a plane crash in Alaska. I was Hadley, he was Sam, and in spite of our tragedy and decision to part, we were inexorably bound by a love of the wild. Hadley went to a remote island in Maine, Sam went to Alaska to retrace their son’s last steps. The novel was full of wilderness—both external and internal—and to write it, I actually did go to a remote northern place.

Joe lives in New Hampshire and is a New Hampshire Guide. He’s an inveterate fly fisherman and every year spends part of his vacation from being an English Professor at Plymouth State University in wilderness locations. We’ve long shared book and movie recommendations, and through Joe and “Alone in the Wilderness” I became fascinated with Dick Proenneke and his off-the-grid log cabin in Alaska’s Twin Lakes National Park.  We had a sort of informal book club (we called it the “Joe-Lu Club”) and read mostly non-fiction accounts of expeditions, life in nature, wild places including one of our favorites, Great Heart: The History of a Labrador Adventure.

I love to write—and read—about the wild because I so deeply feel the need to protect it. Development is rampant, destroying habitat and driving creatures into civilization, into back yards. Reports of black bears in suburban Connecticut are far from unusual. Many species have become endangered, and in some cases extinct. Fiction can bring awareness, lead readers to remember and realize what they cherish about the natural world.

As for fiction, here are some novels set in wild places, sure to take you away:

Vanishing Act, by Thomas Perry tells the story of Jane Whitefield, a member of the Senaca Wolf Clan.  Jane knows how to disappear, and operating outside the law, she helps people leave their lives and obtain new identities. She aids a woman leaving an abusive marriage and revisits a case of a client who witnessed an organized crime murder. Returning home to Western New York State after one case, she is surprised by a man who says he is being framed by someone who has taken a contract out on his life. When he is tracked to her house, a chase begins, incorporating all she knows from her Seneca upbringing, through almost impenetrable Adirondack terrain. Scenes of portaging a canoe, creating weapons out of material found in the woods, and refuge on a Canadian reserve make for a heart-thumping, edge of the seat read.

The Marsh King’s Daughter, by Karen Dionne is a taut psychological thriller set in the marshlands of the Upper Peninsula of Michigan. Helena Pelletier grew up in captivity—her father had kidnapped her mother, and held them both in an off the grid cabin, with no other humans around. Twenty years after her father goes to prison, for kidnapping, rape, and murder, he kills two prison guards while escaping.  Helena, who has made a safe and happy life for herself, knows that she is the person who understands him best, and—because she was trained by him—the only one who can track him down. Chapters alternate between past and present as Helena anticipates her father’s next moves through the marsh wilderness. The complicated relationship adds to the suspense—as terrible as her father was to her, and as much as she wants him caught—Helena loves him, and every step through the marshlands, among the swamp maples and beech, amid memories of hunting and living off the land, reminds her of what he has taught her.

The River, by Peter Heller is brilliant and devastating, almost unbearable in its suspense. College friends Wynn and Jack are on an adventure, canoeing on an uncharted river through endless forest in northern Canada. They’ve both logged plenty of time in the wild and are experienced outdoorsmen.  Along the way they unexpectedly encounter a couple—although it is so foggy they can’t see them, they hear them arguing. It’s a troubling moment, but they continue on until they smell smoke and realize that a forest fire is raging, making its way quickly toward the river. They decide they have to warn the couple, but when they backtrack they find only the man, saying his wife wandered off into the fog and never returned. The tension of not knowing where she is, what he has done, and the advancing fire ratchets up and keeps you turning the pages. Heller does an amazing job of making the reader feel the wilderness—smell the smoke, sense the rapids, sit straight to balance the canoe, feel the ice. The wildlife, prevalent at the novel’s start, disappears as the animals flee the fire, and that eeriness seems a foreshadowing of the novel’s devastating conclusion.

I love Nevada Barr’s series about Anna Pigeon, a law enforcement officer in the National Park Service.  Barr herself was a National Park ranger who once worked along the Natchez Trace Parkway in Mississippi. Her novels are full of nature, make the reader care about wilderness and conservation.   Her first, Track of the Cat, has Anna stationed in the back country of West Texas. A fellow ranger is found dead, assumed to have been mauled by a mountain lion. This leads local ranchers and law enforcement to want to hunt and kill the cougars in Guadalupe Mountain National Park, but Anna realized the paw prints and claw marks weren’t made by an animal, but by a human killer. Anna investigates the victim’s life, searching through old photographs, and winds up tracking the park’s trails, canyons, and mountains in search of the murderer.

Eternal on the Water, by Joseph Monninger is set in Maine’s rugged back country, the islands of Indonesia, and Yellowstone National Park—all places the author has a personal connection to. Literary and thrilling, the novel tells the story of Cobb and Mary. Cobb has taken a sabbatical from his position at a boy’s boarding school to kayak through country where Henry David Thoreau camped before he died. He meets Mary, an avid birdwatcher and adventurer, who is on a quest of her own. The novel deals with secrets, survival, life and death. The accounts of time on the water and in the woods are as riveting and authentic as a reader could hope for, and naturally, because they were written by an honest-to-goodness New Hampshire Guide.

Luanne Rice is the New York Times bestselling author of thirty-five novels that have been translated into twenty-four languages. In 2002, Connecticut College awarded Rice an honorary degree, and she also received an honorary doctorate from the University of Saint Joseph. In June 2014, she received the 2014 Connecticut Governor’s Arts Award for excellence as a literary artist. Several of Rice’s novels have been adapted for television, including Crazy in Love, for TNT; Blue Moon, for CBS; Follow the Stars Home and Silver Bells, for the Hallmark Hall of Fame; and Beach Girls, for Lifetime. Rice is a creative affiliate of the Safina Center, an organization that brings together scientists, artists, and writers to inspire a deeper connection with nature―especially the sea. Rice is an avid environmentalist and advocate for families affected by domestic violence. She lives on the Connecticut Shoreline.

Hard Science Fiction Is Still Overwhelmingly White—But It's Getting Better 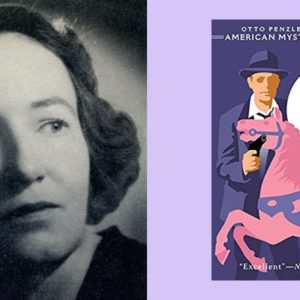 "He hadn’t wanted to come here. He’d wanted it less and less as the bus traveled further across the wasteland; miles...
© LitHub
Back to top