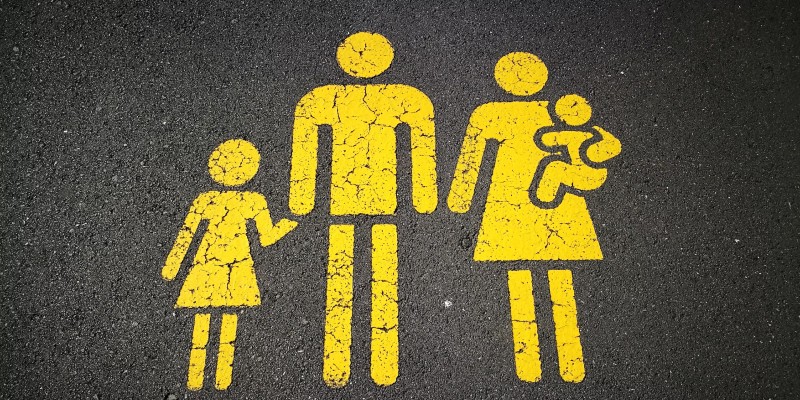 You're going to want to get really riled up. Then, prepare to sustain that fire for several months, to years.

“Write what you know.” It’s the second-oldest piece of writing advice there is, right behind “show, don’t tell.” There’s a long rich history of authors weaving details of their personal lives into stories, to varying degrees and with varying regard for subtlety. There are full-on roman à clefs. Protagonists who just happen to be depressed, struggling authors. Stephen King books set in Maine.

It’s an old piece of advice because it works. The more you pull from real firsthand experiences, the more your writing feels… real. Revelatory stuff, I know. But pulling from life can get complicated in a darker genre like crime. At least horror authors like King can mask their real-life inspirations with the supernatural and over-the-top: ex-lovers transform into vampires; a cocaine addiction becomes a rabid dog (in Maine) or a deranged fan (of an author); grief is an Indian burial ground. Crime offers no such crutch. The genre is too grounded in real life for us to mask much, if anything. The way I see it, crime fiction equals horror plus realism. Every character is human and usually irredeemably flawed, even the good guys.

What I’m getting at is that writing a crime novel is a uniquely great way to piss off the real people you end up writing about. Especially if they’re family. And what else is a young, inexperienced author supposed to write credibly about?

Here’s my advice to anyone preparing to walk a similarly treacherous path:

Go big or go home. Don’t bother pulling any punches in your first draft. If a real family dynamic is what you’re after, you can’t be holding back for the sake of anyone’s feelings. Good writing is truth, and truth is ugly. Your goal at this stage should be to write a story that will burn as many bridges as possible. Indiscriminately, with napalm.

Ideally, you want to start chapter one after a major fight with your parents and/or siblings. I mean right after you slam the phone down. Tears in your eyes. Red-faced. The more intoxicated you are, the better. Let that righteous anger flood the pages. Who do those assholes think they are!?

2. Stubbornly maintain anger for up to a year.

People who finish novels are stubborn people. Unreasonable, even. You can do this.

Do not see a therapist. Do not listen to your well-meaning friends. Do not take medication for your blood pressure. Do drink four cups of coffee per day. Ingest whatever legal stimulants you can get prescribed to you. Sleep poorly. You want to wake up every morning with a tremor in your fists and blue bags under your eyes.

Make sure to include as many hurtful little details as possible. Dig deep. Does your mom have any insecurities you can inject into the fictional patriarch’s wife? Throw ‘em in there.

If you do this step right, four or five months or even a year should fly by and you’ll look up one day at a finished draft.

Dear god, you just spent four or five months or a year burning bridges with napalm. You idiot. You can never, ever publish this thing. It’s a hundred thousand words long, and every word is meaner than the last. Why did you listen to me? I’m a stranger on the internet. Why didn’t you listen to all your well-meaning friends!?

You have some problems with them, sure, but you love your family.

Throw away all remaining stimulants, disgusted at yourself. Unplug your Keurig. Sleep even worse and less than before as you lie awake at night, wondering what your parents and/or siblings will think of you if they ever read what you’ve written. Start thinking you might be kind of a bad person.

4. Stubbornly edit the manuscript into something readable anyway.

You spent up to a year on this. You can’t just throw all that work away. You’re going to make this thing work, dammit. You might not be angry anymore, but you’re still stubborn as hell.

Edit ruthlessly. Be as much of a jerk to your characters and your own writing as you were to your family members when you were first working on this thing. But if it works… keep it. Even the hurtful stuff.

Spend up to several years editing it until it’s a Ship of Theseus that doesn’t even resemble the first draft.

One day, you’ll realize it’s not a draft anymore. It’s an actual novel. It all works.

5. Remind everyone, including yourself: it’s fiction.

As your publication date rapidly approaches, nervously start showing the book to your family members. You’re probably on better terms now, which is why you have never, ever let them read it before this.

Then read it yourself with fresh eyes, and realize you aren’t lying. The anger that you started writing with isn’t in there anymore. You edited that all out. The characters still resemble the real people you based them on, but there so many clear differences that these resemblances are fun easter eggs now, not hurtful barbs. It’s just a story. There’s enough emotion and detail in it that’s real for it to feel real without being real.

You wrote a good book, you stubborn jerk. And you don’t need to apologize for anything.

Maybe write a nice epic fantasy or something next, though. Think of your blood pressure. You’re not as young as you used to be. 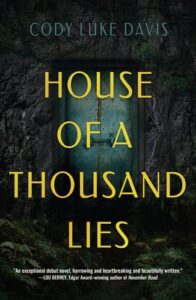 Cody Luke Davis previously worked in books-to-film at CAA and The Story Factory. He lives in his native Los Angeles with his wife and two rescue pitbulls. 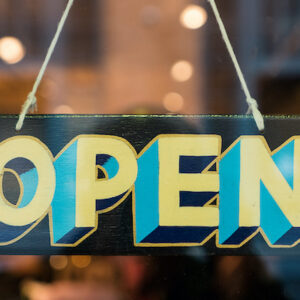 One of the important components of mysteries is a sleuth who gets out and about. They need to hear gossip, see what’s going...
© LitHub
Back to top