75 years later, that iconic, sadistic laugh is still reverberating through the culture.

“Who was the greatest influence on your life?”

Henry Hathaway’s Kiss of Death (1947) is a roundly solid little crime thriller that earns classic status off the strength of a single supporting performance. As sadistic hood Tommy Udo, Richard Widmark stands as film noir’s greatest male villain (or homme fatal, if you will). It is a performance so towering and so magnetic that its influence is still being felt 75 years later.

As far as pedigrees go, Kiss of Death is as stacked as they come. Directed by Hathaway (Call Northside 777 , Niagara) and scripted by legendary screenwriters Ben Hecht (Scarface, Ride the Pink Horse, Notorious) and Charles Lederer (Within the Law, Oceans 11) off a story by prosecutor-turned-scribe Eleazar Lipsky, the film stars one of the period’s great leading men, Victor Mature (I Wake Up Screaming, Cry of the City) and co-stars genre staples Brian Donlevy (The Glass Key, The Big Combo), Coleen Gray (Nightmare Alley, The Killing) and, in an early supporting role, Karl Malden (Where the Sidewalk Ends, On the Waterfront, The Cat O’ Nine Tails). The film was meant to be a showcase for Mature, who plays Nick Bianco, an ex-con family man who takes the rap for a botched jewel heist and reluctantly turns stool pigeon to care for his kids after his wife commits suicide. However, it was Widmark, making his screen debut as the vicious gangster whom Nick befriends and betrays, who ended up stealing the spotlight.

It’s inarguably one of the all-time great first roles, made all the greater by the fact that Hathaway was adamantly opposed to casting Widmark, arguing that he looked like too much of an intellectual to convincingly play a street tough. Hathaway wasn’t entirely wrong; the 33-year-old, Minnesota-born Widmark was a college graduate with a strong liberal worldview and a deep abhorrence of violence (he would go on to be a staunch public gun control advocate). For his part, Widmark, who up to that point only had experience acting on the stage and for radio, didn’t much care for the role as written, finding it a rote, somewhat ridiculous character. However, 20th Century Fox president Daryl F. Zanuck saw something in Widmark and ordered Hathaway to cast him. Hathaway acquiesced, although not before demanding that Widmark wear a wig that shortened his forehead, giving him a more simian appearance.

Even without the wig, Widmark latched onto an animal ferocity in his performance, coming off as downright feral at times, a hyena in a man’s body. He also finds within Udo a state of arrested development: he’s psychopathic, but in the way of a high-spirited youth. There is a certain simple innocence to him, he does not seem interested in money or sex, so much as having a good time with the boys. It’s just that his idea of a good time sometimes involves torturing helpless creatures. Still, there is a cunning there, as evident in a silent close-up where we watch him hide his simmering rage by putting on his mask of smiling contempt.

Udo would be a memorable character off the strength of Widmark’s performance alone, but what cements him as an iconic movie monster are his actions during the film’s most memorable scene. Working with the District Attorney’s Office, Bianco hangs a snitch jacket on a former criminal associate (who, to be fair, was sleeping with his wife) in order to move suspicion off himself. Udo is dispatched by a shady underworld lawyer/fixer (a sort-of proto-Saul Goodman) to bump off the guy, but when he arrives at his apartment, he discovers he’s skipped town and left his poor, infirm mother to fend for herself. Deciding to send a message to the supposed stoolie—one he’ll be sure to read about in the paper—Udo ties the “old hag” to her wheelchair, rolls her to edge of her building’s long staircase, and sends her screaming down it to her grisly demise (as staged by Hathaway, it makes for one of the more shockingly graphic death scenes of its day).

It’s this moment that made Widmark a star. Initially, as was to be expected, he was typecast as villains in other crime dramas, although he’s so naturally raw and talented that he never feels like he’s just doing an Udo-redux. See, for example, his turn in the noirish melodrama No Way Out, in which he plays a virulent racist hood hellbent on destroying the life a noble black doctor (Sidney Poitier) who he wrongfully blames for his brother’s death. For as much as this character has in common with Udo—including a hair-trigger temper and vile motormouth—he makes him into a far more pathetic creature, one whose bone-deep malice is born from an all-too common ignorance, rather than the primordial evil he oozes in Kiss of Death.

Although Widmark would continue to play heavies for the rest of his 44-year career, he did make the jump to leading men roles, although his strongest work remained in the arena of the crime thriller. Along with Udo in Kiss of Death, Widmark best performances are as the doomed ex-pat huckster at the center of Jules Dassin’s emotionally devastating Night and the City (1950), as well as an uber-cynical “cannon” in Sam Fuller’s two-fisted urban espionage thriller Pickup on South Street (1953). Whether playing the doomed sucker, the sneering antihero or the cackling madman, no one better embodied the fatalism and unpredictability of noir than Widmark.

But for as great as he was in those films and others, none would have the immediate or long-term impact as Udo. In the wake of the film’s release, Tommy Udo fan clubs popped up at boys’ schools and colleges across the nation. Unfortunately, these clubs latched onto the chauvinistic qualities displayed by the character (in a scene where we watch him harangue and threaten his moll), and they advocated putting women “in their place.” Meanwhile, real life hoodlums and gangsters began modeling themselves after the character, adopting his black-on-black attire and trademark snigger. Kiss of Death’s mark on pop culture was no less pronounced: it was remade twice, first in 1958 as the notorious western stinker The Fiend Who Walked the West (which is only remembered today for giving future Paramount studio head and Hollywood bon vivant Robert Evans his one starring role) and again in 1995 under its original title. The latter remake, which stars David Caruso, Samuel L. Jackson and Nic Cage in Widmark’s role, is likewise forgotten today, although it has its defenders among fans of the ‘90s neo-noir revival. The staircase set piece, meanwhile, has been referenced and parodied in over a dozen movies and television shows, including a memorable moment in the acclaimed reform school crime drama Bad Boys (1983) in which young prisoners cheer Widmark’s killing of the old woman, as well as a sketch from Chappelle Show where Dave Chappelle recreates the scene. Extending beyond the screen, sixties psychedelic folk group Kaleidoscope recorded the hilariously dark “The Ballad of Tommy Udo”, while author Don DeLillo wrote about the seductive charms of Tommy Udo in his 1985 National Book Award Winner White Noise (see: this article’s epigraph).

But if there’s one property upon which Kiss of Death—and Widmark’s performance specifically—has left its mark, it’s the cultural juggernaut that is Batman. Widmark was purportedly a big comic book fan and based the character at least partly on early versions of The Joker…although this is hard to confirm, and frankly, it reads like revisionist history. What’s not hard to confirm is that Widmark’s turn as Udo absolutely did inspire future screen iterations of more than one member of the Caped Crusader’s rogue’s gallery. Actor Frank Gorshim, who played The Riddler in the campy ’60s Batman television show, admitted that he took his villainous laugh directly from Widmark (with whom he played brothers in the 1959 western Warlock), while the two big screen portrayals of the Joker that appeared once Batman became serious—Jack Nicholson in Time Burton’s Batman (1989) and Heath Ledger in Christopher Nolan’s The Dark Knight (2008)—both share so much DNA with Udo it’s impossible to ignore the connection. Prior to his transformation into the killer clown, Nicholson’s gangster dresses exactly like Widmark in Kiss of Death, and his abusive treatment of his girlfriend mirrors Udo’s. Likewise, Ledger’s instantly iconic laugh and particularly his speech about preferring to use a knife over a gun resemble Widmark’s performance (particularly a short speech he gives about preferring to shoot his enemies in the belly so he can watch them squirm).

The connections between Udo and The Joker run deeper than just their fictional depictions. The reception the latter character has received over the last couple of decades is an amplified version of the fervor caused by the former, both of them adopted as fictional role models by anti-social boys and men. Overblown as the moral panic that met Todd Phillip’s Joker in 2019—and, it should be noted, that is one version of him that bears zero resemblance to Udo—it can’t be denied that the character has become an avatar not so much for his criminal behavior, but for deep seated, reactionary male resentment, not unlike those Tommy Udo fan clubs back in the day.

But whereas the ubiquity of The Joker in recent times has turned him into one of the most boring, insufferable characters of our day, Udo remains a fascinating and seductive figure. Beyond the lack of overexposure, this has to do with the nature of his role in Kiss of Death. While Udo is a monster of the highest order—an unrepentant bully and killer—he’s also the only honest character in the film. Family or no, Bianco does betray his friends, as well as his code of honor. He is a rat. Meanwhile, the D.A. and cops betray their promise to protect him, turning out to be no better than the “bad people” they go after (Bianco outright says this at one point). The only person in the movie with any moral compass is Udo. Granted, it is a warped compass, one which directs him to toss old ladies down the stairs, but whatever else, he stays true to it. 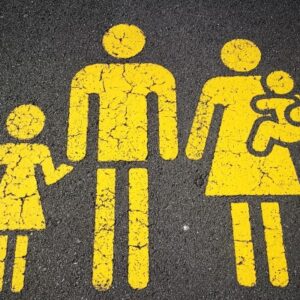 “Write what you know.” It’s the second-oldest piece of writing advice there is, right behind “show, don’t tell.”...
© LitHub
Back to top