Five Ways to Break Up, According to Michael Mann’s Films

Breakups are hard. Too many mistakes, regrets, recriminations. Too many SWAT team members assembling outside...

Sometimes that big romance just doesn’t work out. You might wake up one day and realize you’re no longer compatible with your partner. Either that, or you’ve woken up to discover an FBI SWAT team stacking outside your front door, and you need to leap out the nearest window before the heat puts you in cuffs or shoots you down in the street.

Yes, that’s just the way many romances end these days, and you can’t get upset about it. After all, you chose to disregard that sage advice about never getting attached to anything you’re not willing to walk out on in 30 seconds flat.

How did you get into this situation in the first place? Maybe you took too much advice from Michael Mann’s films about how to flirt effectively. That’s what happens to people who get too good at what they do—they end up trapped in a prison of their own making. That’s okay, though, because we’re about to walk you through the best possible way to break up with your significant other—Mann shows us how to do that, too.

Breakup Technique #1: Blow Up Your Life

Really, it’s the only sane response to any sort of adversity: blow up your house, your place of business, your cars, and anything else tied to your name. Send your significant other away with a suitcase full of cash; tell them you’ll continue to send them money—lots of money—but you’ll never see them again.

Once you’ve scuttled every aspect of your existence, you’re free to do whatever you want. Change your name. Move somewhere else. Get into a gunfight with your former business partners on a suburban street. Whatever happens, you can tell yourself that you’re living according to your code. The code gets a little lonely.

Let’s say you entered a relationship under false pretenses. Maybe you held some information back. For example, you’re an undercover cop with the Miami-Dade PD and you got romantically entangled with a South American drug lord’s financial advisor, but they thought you’re just another drug trafficker.

It’s always tricky to retroactively reveal something you should have told your partner at the very beginning, and oftentimes it doesn’t go well—especially if you disclose it during a massive shootout between your undercover squad, the Aryan Brotherhood, a bunch of cartel enforcers, and pretty much every SWAT cop between Miami and Tallahassee. Timing is always key!

Once the final spent AR-15 shell hits the pavement, all the bad guys are toast—and so is your relationship. How should you close things out? The answer is obvious: break department protocol and throw your now-fugitive lover into your car. Drive them to a safe house on the coast. Call them a boat that will take them to Cuba. Sit on the porch together and murmur about luck and how your love was too good to last.

Sure, it isn’t exactly normal, but at least you’re both still alive, right? Right?

Breakup Technique #3: Jump Off a Cliff

It probably wouldn’t have worked out anyway.

You did all you could. You robbed so many banks to keep your partner in the lifestyle they deserved. But it’s never enough, especially when the cops get too close. When the inevitable split needs to happen, you might not be alone—and you might have to send the subtlest of signals that things are over, sorry, go away:

And if you can’t end the relationship in person—maybe the cops have cornered you outside of a movie theater and gunned you down before you can reach for your weapon—you can still try to send a final message to your beloved:

Breakup Technique #5: Ruin the Vacation with a Detour to Shoot a Rival

It’s so hard to get away, but you did it. You’ve bought the plane tickets, renewed the passports, and made sure you had enough cash. You’re on the way to the airport, and your significant other is so excited about the prospect of leaving the country.

Except there’s one little problem: the guy who betrayed your crew is in a hotel… right by the airport. Surely it wouldn’t take very long to pop by, pop him, and continue on your merry way. You can even leave your partner in the car while you’re inside—they love listening to the radio.

But no matter what you tell yourself, they’re not going to understand why you’re doing this, or why you’d risk missing the flight. In fact, they’d probably break up with you over it—if you made it back to the car alive, that is. Dying in a protracted shootout in a field behind LAX is a really great way to avoid those uncomfortable breakup discussions. 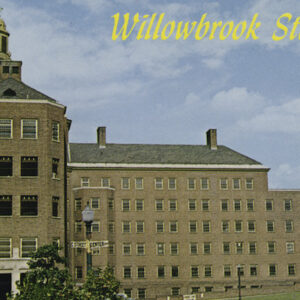 On January 6th, 1972, inside a small Staten Island diner, a former physician from Willowbrook State School met secretly with...
© LitHub
Back to top