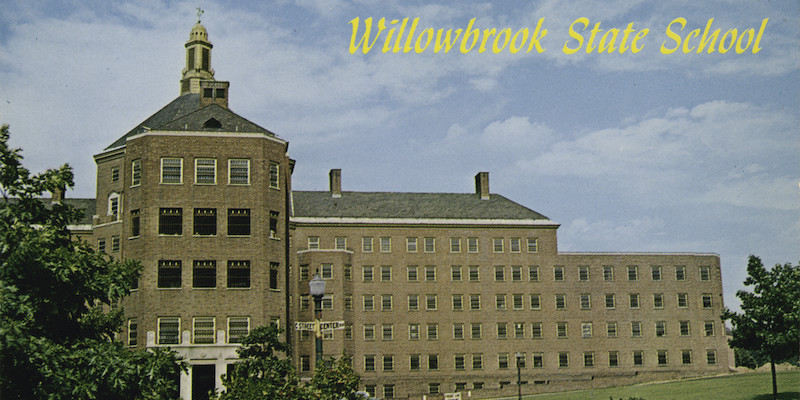 "Willowbrook was overcrowded, underfunded, and understaffed to such a degree that residents rarely received even basic care..."

On January 6th, 1972, inside a small Staten Island diner, a former physician from Willowbrook State School met secretly with a reporter. After describing the horrible conditions he had been fired for trying to improve at the state-run institution, he handed the reporter a key to one of the buildings.

That reporter was Geraldo Rivera. With that clandestine key, he would lead a film crew unannounced into Building #6 at Willowbrook, where they would capture the appalling abuses, filth, and overcrowding inflicted upon its residents. This year, 2022, marks the 50th anniversary of when Rivera’s television exposé shocked the nation with that horrifying, raw footage. It sparked public outrage, a lawsuit was filed against the state of New York, and Willowbook eventually was shut down. But it took over twenty years.

As an author who endeavors to cast light on social injustices of the past within my novels, I’ve written previously about institutional abuse. Even still, when I began research for my latest novel, The Lost Girls of WiIllowbrook, I had no idea I was about to discover one of the most horrifying pieces of New York City history. Until then, my knowledge of the institution’s dark past didn’t extend much further than urban legends and rumors, such as supposed satanic rituals held in the tunnels below Willowbrook, human experiments, a former janitor who murdered local children, and a boogeyman-like figured called Cropsey. Some of these turned out to be true and made it into this novel in ways that surprised even me.

The disgraceful, haunting truth of Willowbrook’s legends would also have surprised Sage Winters, the main character in The Lost Girls of Willowbrook. Like other local kids, she’s grown up hearing stories about Cropsey and being told that kids who misbehaved would be shipped off to Willowbrook. When doctors mistake Sage for her missing twin sister and lock her up, she becomes trapped in a dangerous, overcrowded ward with hundreds of other girls and young women, struggling to avoid tranquilizers, straightjackets, and isolation, desperate to prove her true identify and find her sister. She learns firsthand that the reality of Willowbrook is worse than anything she could have imagined.

Located on Staten Island in New York City from 1947-1987, Willowbrook State School was technically a state-run institution for children with intellectual abilities. In truth, it was a warehouse for adults and children with mental or physical disabilities committed by parents who either didn’t want them or didn’t know how to care for them. Many sent their children to Willowbrook after being encouraged by doctors to relinquish their disabled children “for the sake of the family” with no idea that they were condemning them to a life of agony, neglect, and abuse by those charged with their care. And any parent who fought to protect their children was labeled a “trouble maker” by the administration, then subjected to threats and manipulation to ensure they didn’t rock the boat.

Far from a school, Willowbrook was overcrowded, underfunded, and understaffed to such a degree that residents rarely received even basic care, let alone any education, mental stimulation, or instruction in social skills or hygiene. Fewer than 20% of the children living there attended classes at any one time, and those who did generally were residents of the experiment ward. Uninformed parents of those victims had no idea the forms they signed to bypass a long admittance waiting list or in exchange for a “better” quality of life in fact provided consent for their children to participate in Defense Department-funded medical research on hepatitis, measles, and other diseases. Years later, vaccinologist Maurice Hilleman would describe the hepatitis studies performed at the institution as “the most unethical medical experiments ever performed on children in the United States.”

Out of public sight and completely closed off, the 375-acre compound became an underground city with its own hierarchy and society, where employees bought and sold everything from drugs to jewelry to meat. There was disease, violence, theft, drug and alcohol use, and other forms of crime. There was harm done by physicians who failed to do their medical duty. There was violence done by staff to residents, including rape, beatings, psychological torture, overuse of powerful drugs, and murder. There was violence by staff against other staff members for a variety of reasons, including personal vendettas, paybacks for snitching, drug dealing disputes, and mental illness. There was also violence among the residents themselves, including beatings, torture, rape, and murder.

Despite its maximum stated capacity of 4,000, Willowbrook housed over 6,000 intellectually and physically disabled children and adults by the year 1965, making it the largest state-run mental institution of its kind in the U.S. There was only one nurse per ward and over two hundred residents living in houses built for fewer than one hundred.

An estimated 12,000 residents died at Willowbrook from 1950-1980, approximately 400 a year. Many who came to Willowbrook lived a short, brutal existence. They died because of neglect, violence, lack of nutrition, and medical mismanagement or experimentation. Some simply disappeared or even committed suicide.

I’m not implying that all doctors, nurses and staff were uncaring or incompetent; as in most institutions, some people did very good things and some terrible things. There were reports of employees using their own money to buy necessities for the residents, including clothes, soap, deodorant, etc. There were also wonderful doctors who truly cared for the residents, such as Michael Wilkins, MD, who risked everything to work with Geraldo Rivera on exposing conditions, and William Bronston, MD, who also worked at Willowbrook and went on to lead the exposure and class action lawsuit against the institution. He later co-authored A History and Sociology of Willowbrook State School and in 2021, as I was finishing The Lost Girls of Willowbrook, he published Public Hostage, Public Ransom: Ending Institutional America, an in-depth account of his work against Willowbrook and institutionalization as a whole.

Sadly, anyone who tried to improve conditions at Willowbrook fought an impossible mission. Bronston wrote that other doctors organized against him, and he was moved to another building as punishment simply for requesting painkillers, soap, sheets, surgery thread for sutures (instead of upholstery thread), and non-rotten food for the residents under his care.

In 1975, the Willowbrook Consent Decree was signed, committing New York State to improve community placement for the now designated “Willowbrook Class.” Under the terms of the agreement, Willowbrook was given until 1981 to reduce its number of residents from 6,000 to no more than 250. The cornerstone of the consent decree was the state “would be required to spend two million dollars to create two-hundred places for Willowbrook transferees in hostels, halfway houses, group houses, and sheltered workshops.” In 1983, the state of New York announced plans to close Willowbrook, which in 1974 had been renamed the Staten Island Developmental Center. By the end of March 1986, the number of residents housed there had dwindled to 250, and the last residents left the grounds on September 17, 1987.

Willowbrook is a tragic story—one I could only begin to touch on in my novel—but it’s a story that must not be forgotten. Even though the institution was eventually shut down, the fight for disability rights is still ongoing. What happened there should serve as a reminder to be more protective of the most vulnerable among us, and that every human being has the right to learn and grow, and more importantly, to be treated with kindness, respect, and compassion. 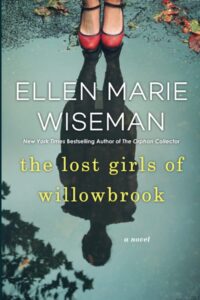 Ellen Marie Wiseman is a New York Times bestselling author known for writing novels based on real historical injustices. Her new novel, The Lost Girls of Willowbrook, blends fact and fiction as a young woman searching for her missing sister is mistakenly imprisoned at the notorious Willowbrook State School in 1972. Born and raised in Three Mile Bay, a tiny hamlet in northern New York, Wiseman is a first-generation German American who discovered her love of reading and writing while attending first grade in one of the last one-room schoolhouses in New York State. Since then, her acclaimed novels have been translated into twenty languages and sold more than one million copies in the United States alone. A mother of two, she lives on the shores of Lake Ontario with her husband and a spoiled Shih-tzu named Izzy. Visit her online at EllenMarieWiseman.com.

Five Ways to Break Up, According to Michael Mann’s Films 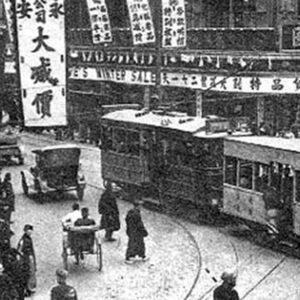 Mysteries and detective fiction are usually thought of as the inventions of Edgar Allan Poe, but the truth is that they have...
© LitHub
Back to top