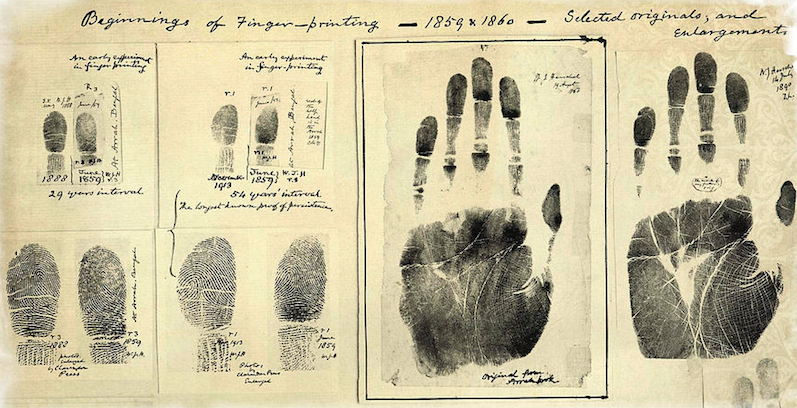 What does "forensics" actually mean in real investigative work, anyway?

VIA Simon and Schuster

Crime writers refer to the use of “forensics” in modern-day crime stories, but what does that term really mean, and how did it begin? In the following essay I’d like to give you the backstory of the science of crime fighting, and how the scientific methods used to examine evidence and crime scenes portrayed in the  Sherlock Holmes stories was no more real at the time than the phasers and communicators that were used in the Star Trek television shows. Yet each in time inspired the writer’s flights of fancy into becoming reality.

Aristotle said there are only three arguments: Blame, Values, and Choice.

As an easy illustration, think of Professor Harold Hill in the The Music Man, in his famous song, “We got trouble right here, right here in River City!” (The current situation is not acceptable to our values.)

“With a capital T and that rhymes with P and that stands for Pool!” (The new pool hall is to blame for the current situation.)

He goes on to suggest a community band would lead the youth back onto the path of righteousness, which is an argument of choice.

Arguments which center on assigning blame are called Forensics.

The oldest use of Forensic science I’ve found was three thousand years ago, and the detective in our story was a magistrate in a small village in China who happened upon the body of a woman hacked to death, near a field where some men were working. When he questioned them, they all denied any knowledge regarding her death, so he had them line up and lay their sickles on a table in front of them, instructing each man to stand beside his tool.

Imagine the scene now. It must have been a warm day for them to be out harvesting, and the sweat on their brow could have been from exertion… or the fear of being found out. After a few minutes a familiar buzzing was heard, and slowly more and more flies appeared and settled on one blade, and one blade only. The dried blood, invisible to the naked eye, drew the flies nonetheless, who served as witnesses for the prosecution.

The oldest known forensic manual was printed in China in the 14th Century for young sub-prefects sent out into the provinces. Their education consisted of the arts and calligraphy, so were ill-prepared to adjudicate cases of unnatural death, and if they were later determined to have erred could be punished by one-hundred blows from a heavy rod. No pressure!

To fill the gap in their education, court scholars prepared manuals to guide these junior bureaucrats in their new jobs and a translation of the oldest version known to exist is available today. The manual describes the proper procedures on the examination of bodies and the expected findings in various causes of death, e.g., in death by tiger bite the manual dryly states “feces will have been expressed.” You think?

In death due to sexual excess the manual instructs that the hallmark of this condition is the persistence of erection after death. Apparently only men were subject to this pathology, proving without doubt which is truly the weaker sex.

forensic science had no significant new advances until early in the nineteenth century when Eugene Vidocq, a former forger and police informer, founded the “Brigade de Suretee`” with the blessing of Napoleon.

Despite these promising early developments, forensic science had no significant new advances until early in the nineteenth century when Eugene Vidocq, a former forger and police informer, founded the “Brigade de Suretee`” with the blessing of Napoleon. Vidocq as a former criminal himself, realized that the majority of crimes are committed by repeat offenders and instituted the first recording of criminals by appearance and Modus Operandi. He even kept samples of the handwriting of forgers. He and his band of twenty former criminals reduced the crime rate in Paris over two years by forty percent, proving the effectiveness of systematic crime investigation.

Then in the late 1840’s Rudolf Virchow, a German pathologist in Würzburg, developed the discipline of pathology, and his students coined the term “autopsy,” which means “to see for yourself,” and the use of medical science to assist law enforcement began.

Still, when Arthur Conan Doyle penned his first Holmes Story, “A Study in Scarlet” in 1887, police investigations relied primarily on eye witness accounts and interrogations. The techniques Doyle uses in his stories were for all practicality science fiction when they were written, and it took a French admirer of Doyle’s detective to make Holmes’ methods a practical reality.

Edmond Locard was both a physician and a lawyer, and in 1910 he persuaded the chief of police in Lyon, France, to give him two small attic rooms and two assistants to create the world’s first crime lab. He was given two years to prove the concept, and as these two years drew near to ending without a significant breakthrough he became concerned his lab would be closed.

Then a young woman was found strangled in her apartment, and her lover was suspected as the killer, but four men swore he was playing cards with them in his apartment at the time the woman was probably murdered. Locard suspected the man right away, and scrapped the man’s fingernails and retained the scrapings.

Cosmetics were common, but there were no large companies at the time, so women purchased them from the local pharmacy, each one having its own formula. Locard went to the pharmacy the murder victim used, and when this pharmacy’s cosmetics was compared under a microscope with the scrapings from the suspect’s fingernails, they matched perfectly. Confronted with this evidence, the man confessed he was the murderer, and had moved the clock back one hour in the room he’d played cards with his friends.

The conviction of the killer saved Locard’s lab, and soon crime labs sprang up in police departments around the world, turning Doyle’s science-based fiction into widely accepted fact.

Bradley Harper has an MD from the Uniformed Services University of the Health Sciences. He is Board Certified in Anatomic and Clinical Pathology, and ultimately served thirty-seven years of active duty. He is the author of two historical mystery novels, including the recently published Queen’s Gambit. His first novel, A Knife in the Fog, was nominated for an Edgar Award for Best First Novel. 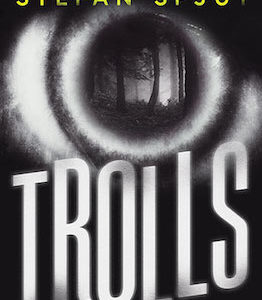 Every time Anders tried to explain to her how he remembered things, or rather, how he didn’t remember them, how they were...
© LitHub
Back to top